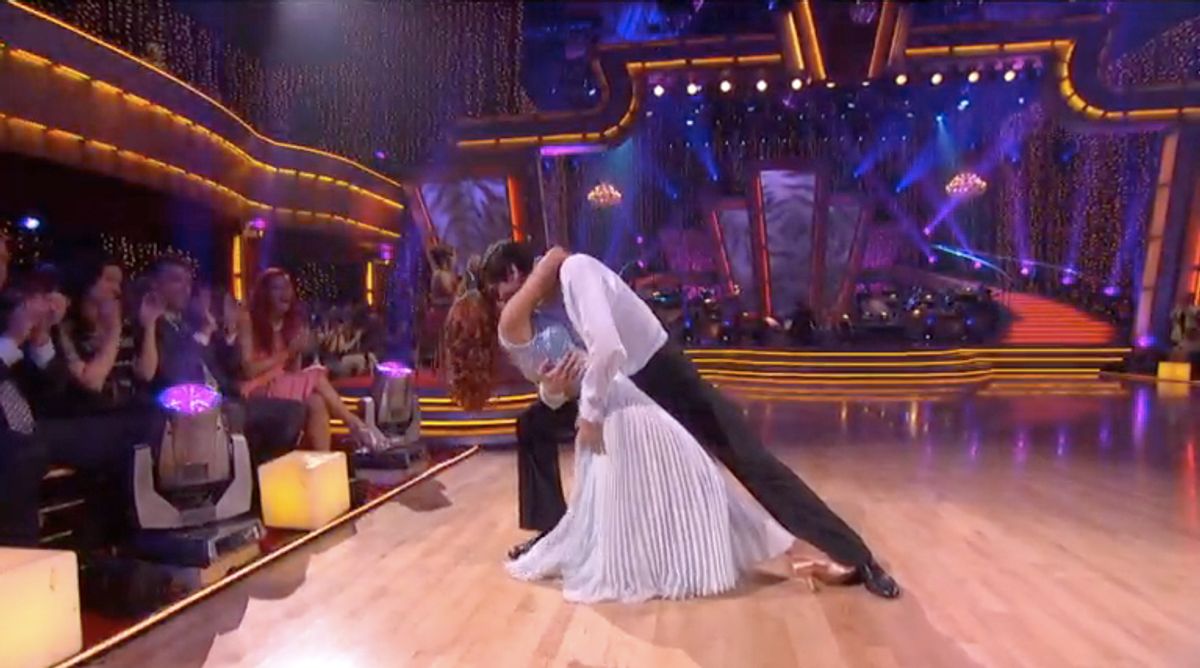 I have exactly 2 hours to get this recap together. And since the show is 2 hours long, I really have no idea how I’m going to pull it off. I’m dog-sitting for friends of mine you see, and they have an adorable 10-month old puppy named West who decided that the 5 thousand toys scattered all over my floor were not nearly as enticing to chew on as my computer cord -- among various other household items. So, I’m down to 2 hours on the battery before the blinking cursor disappears. I biked all over D.C. today trying to find a replacement, but I apparently have some mutant computer that Radio Shack or Best Buy have never heard of. So I hope you enjoy the "24" ride we are about to go on, because I don’t know when the Chinese are going to detonate the atomic bomb on this recap ...

Cheryl is discovering the inner Chad -- and it turns out he’s a complicated fella. "Sometimes you’re quiet, sometimes you’re loud, sometimes you’re sweet and sometimes you’re a HUGE DOUCHE…" Well, she didn’t say that last part but you know she was thinking it. Their first dance was a tango to another embarrassingly bad karaoke J. Lo-esque tune (can’t they figure some other option for the music? With 20 million viewers every week, can’t they get the actual person to show up and sing the song for chrissakes? Or why not just play the record?) Chad looked fine, but I can’t help thinking that he’s being rewarded for being able to negotiate his enormous frame around the dance floor without falling down or throwing out his back. Cheryl seems to be doing all of the heavy lifting, fluttering around like a bird in heat.

By the way, West got into the kibble on his rampage through my house and is farting constantly. And not cute little farts, but silent and deadly agent orange gas bombs that make it hard to concentrate, so forgive me if this recap isn’t up to par. He laid a huge one right after Chad and Cheryl finished their dance, perhaps the most concise commentary on how the judges felt about the whole thing.

Second dance was to a 60s inspired jive. I should mention that even though I need to pee like a racehorse right now, I’m not leaving my computer as the power slowly drains away -- and sweet jesus how it BURNS. Chad "Austin Powered" his way through this dance in a velvety suit -- again a fine performance but nothing special.

Niecy and Louis danced a Viennese Waltz. Whether she wanted it to happen or not, her jiggly parts are disappearing and she’s looking better than ever, probably as a result of her ridiculously hectic schedule. Her days start at 4:30am and don’t end until late in the evening -- giving us some more insight into why we love her so much. No complaints -- only gratitude.

West cut the cheese again, but this time I think it was anxiety relief that Niecy made it through and looked good doing it. Judges liked it and her first score is strong.

Niecy and Louis danced a 90s paso doble to "Rhythm is a Dancer." No, I’m not kidding. I can forgive Niecy almost anything, but there is no excuse for this song to ever be played on network television again. Judges didn’t love it. Even though I have to agree, Niecy might be the only reason left to watch this show so I hope she’s not going home.

Sorority Erin was totally grossed out by her scores last week. "I, like, almost needed a barf bag I was so bummed out to be in the bottom two," she said. She is the anti-Niecy, with her pouty little blonde face and her stampy stampy foot -- so used to being able to manipulate men to get her way (can’t you just see her begging her daddy for a new car at 16 years old? And getting it?) Maks is putting up a valiant struggle but his weak man penis is no match for the perky blonde, and even though he hates himself for it he is a prisoner to her valley girl, gum-chewing charm. They danced an Argentine Tango and I have to give the perky one credit. She did some unbelievable flying move onto Maks' shoulder that would have made West fart in horror if he wasn’t facing the other direction. Judges loved it.

Their second dance was an 80s rumba to "I’m Not Missing You," another huge musical mistake from the 80s. Once again, Erin stuck out her lower lip and complained about all of the things that weren’t making her happy during rehearsal but looked pretty good on the dance floor. Judges gave them mixed reviews.

Anna wants to turn Evan into the most romantic character that DWTS has ever seen, although Evan-bot will need more than some sappy 80s music to thaw the glacier that has been forming inside of his soul for years. They danced a Waltz to Journey’s "Open Arms" and he glided around the floor with a detached expression on his face, puzzling over that whole global warming fuss. When it was over, the judges continued to give him props for his technical expertise but asked him to lose himself in the performance for his next dance. Fat chance, unless that next dance happens to be some weird robot thing...

Go figure! A weird robot thing! Evan and Anna danced a futuristic cha cha -- not that anybody really knows what that means. The only thing I know for sure is that future Evan is kinda hot -- which makes me wonder why it never occurred to him to nix that middle-school hairdo of his a long time ago. Evan-Spock was right in his element, giving us the second most exciting performance of the night, behind Nicole’s first dance. Judges liked it for the most part, giving him a solid score.

Nicole and Derek danced a foxtrot. All of the armchair quarterbacks are saying that Nicole needs to take it easier on herself instead of having a mini-meltdown after every missed step. I don’t know where I fall on the whole "Nicole as wringer" controversy -- some days I get it but then I see how hard she works for those perfect scores and I change my mind. This dance was pure perfection, and probably the first performance where I have been totally captivated by a performance on its own terms, without having to account for skill level. Girlfriend’s got it going on. And she’s earning it.

Second Dance was a 1950s Paso Doble. Besides looking like "West Side Story" characters, I’m not quite sure how they brought the 50s to the dance. But it didn’t matter. They pulled off another epic performance, chalking up the only perfect scores of the night.

Two quick notes before the battery dies: Brooke Burke is ridiculous; and I think the dog ate a significant portion of my remote control. Do I need to take him to the vet?