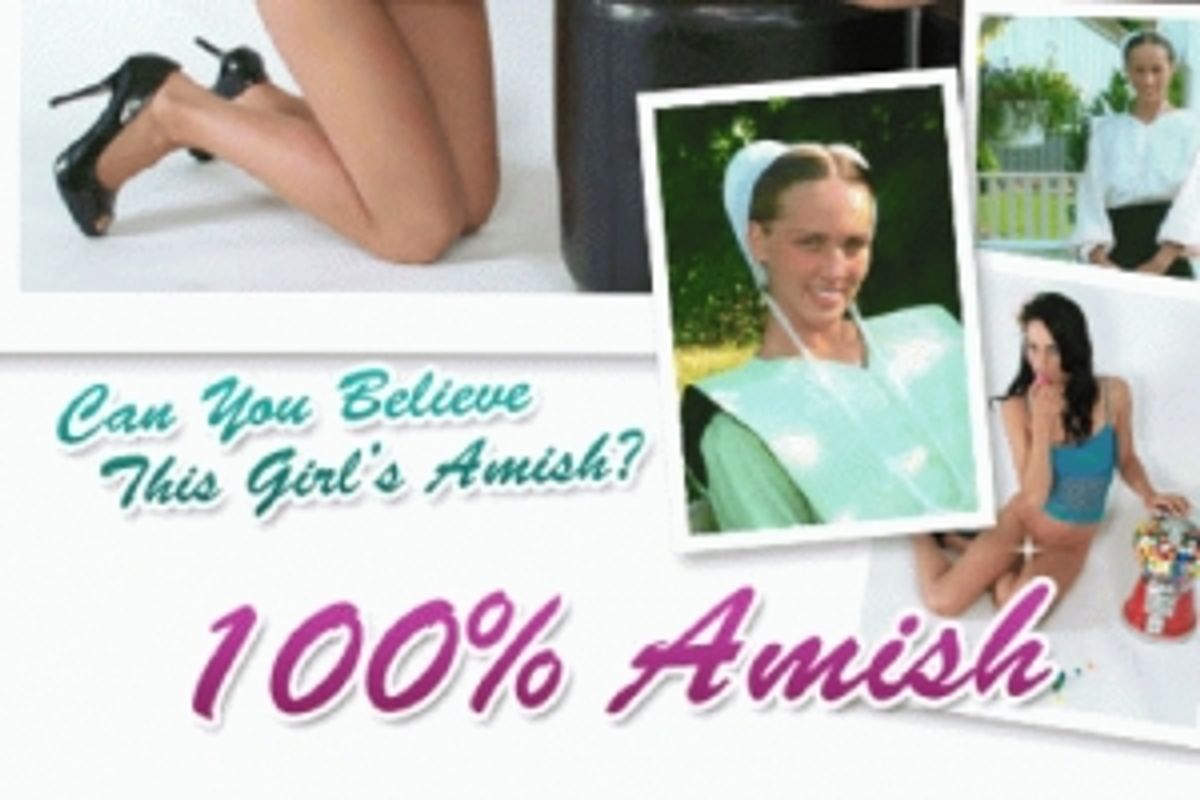 Today, "Emma the Amish Model" has been perched atop the list of hot Google searches. It isn't exactly clear who she is or whether she is actually Amish or named Emma -- but what little we do know is apparently more than enough to catapult her into fleeting Internet fame. She claims to be the 20-year-old outcast of an Amish family in Pennsylvania Dutch Country who, in an act of extreme rebellion, has done some nude modeling for the site New American Pinup. In one shot, she wears a modest Amish dress, which is hiked up to reveal her see-through panties.

After she was introduced to the world this morning on the Howard Stern show, inquiring minds immediately got to the feverish Googling, and now here we are. She told Stern that she left home at 18 as part of the rumspringa, a period when Amish youth are allowed to venture into the outside world, and she never moved back. Now, when she goes home to visit, she's banned from sitting at the dinner table with her family. According to Stern's website, she explained that when she does go back home, she "can't wear shorts or anything short like that," because, she says, "I just wanna show respect" -- at least when she's on their turf. Currently, she's selling her underwear online in a $39.99 "Shoo-Fly Pie Panty Pack." I'd bet she's never been so thankful that her parents don't have an Internet connection.

What's most interesting here isn't Emma herself, whose personal story may or may not be a fabricated gimmick, but rather the public interest in this extreme iteration of the good girl gone bad story line. The classic archetypes of the naughty school girl and the sexy librarian don't have anything on the subversiveness of this supposed Amish bad girl. If Google trends is any indication, she's hit a sweet spot in our collective sexual unconscious.