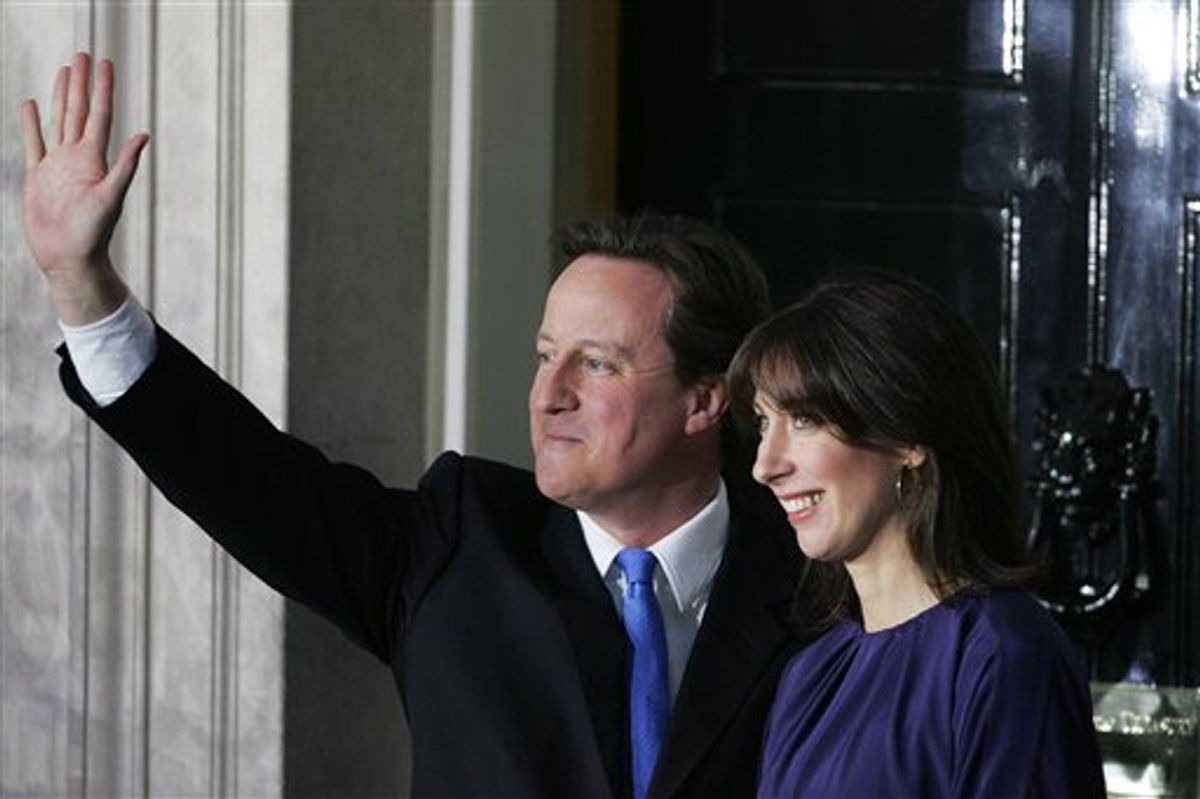 Cameron said he aims to form a full coalition government with the third-place Liberal Democrats after his Conservative Party won the most seats but did not get a majority in Britain national election last week.

The 43-year-old leader said it would be "hard and difficult work" to govern as a coalition but added that Britain had serious economic issues to tackle. Cameron visited Buckingham Palace and was asked to form a government by Queen Elizabeth II less than an hour after Brown tendered his resignation to the monarch.

Arriving at London's Downing Street hand in hand with his wife Samantha, Cameron said he believed that Britain's "best days lie ahead."

Hundreds of onlookers, many of them booing, crowded the gates of Downing Street to watch on, as Cameron swept into his new home less than 90 minutes after an emotional Brown had made a farewell address.

"We have some deep and pressing problems -- a huge deficit, deep social problems, a political system in need of reform," Cameron said. "For those reasons, I aim to form a proper and full coalition between the Conservatives and the Liberal Democrats."

Negotiators from both parties were finalizing the agreement as Brown and Cameron met with the queen, and holding meetings with their lawmakers to ratify the highly unusual deal. Neither side was expected to thwart the plan to govern in a coalition deal.

"Nick Clegg and I are both political leaders who want to put aside party differences and work hard for the common good and for the national interest," Cameron said.

In Washington, White House spokesman Robert Gibbs said that President Barack Obama has not spoken to Brown since he announced his resignation. Gibbs said that Obama would speak to Cameron soon.

"I'm sure the president will have an opportunity to speak with him soon," Gibbs said.