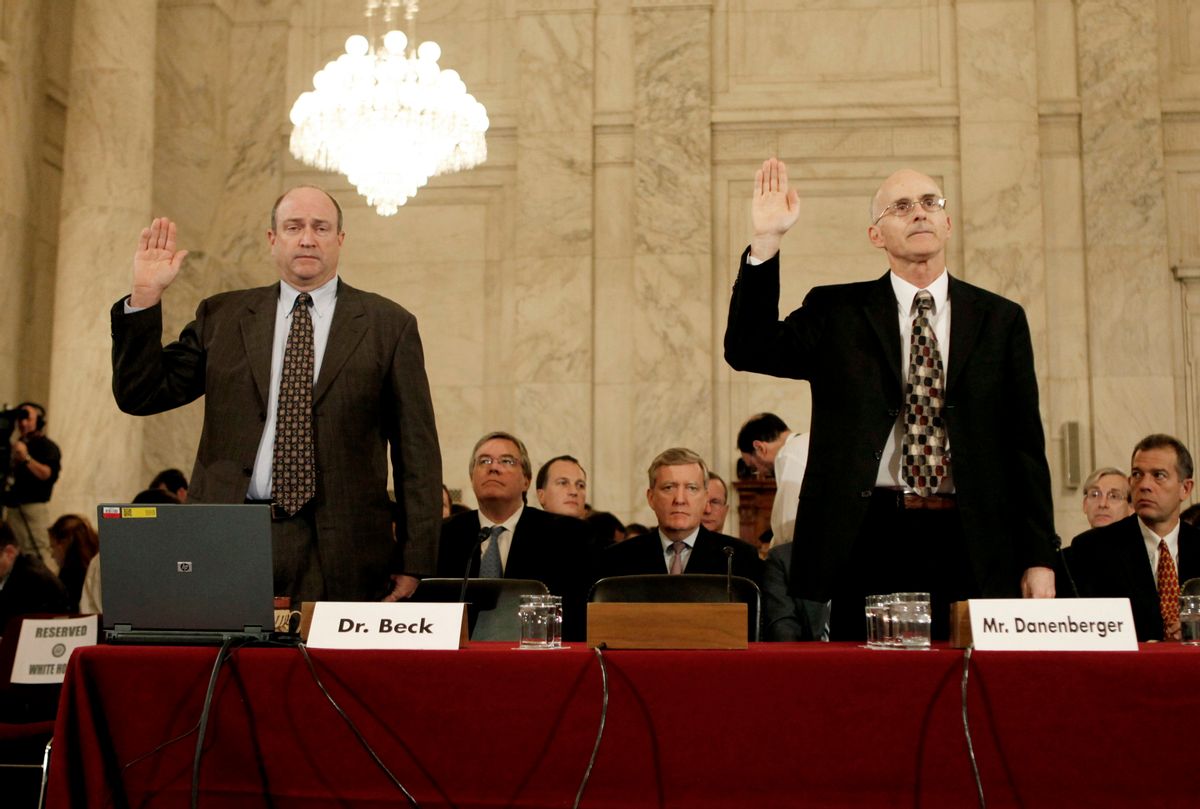 Elmer Danenberger, former head of the offshore regulatory program at the Minerals Management Service, did not look like a man expecting a warm welcome from the Senate Energy and Natural Resources Committee on Tuesday morning. Republicans and Democrats have found at least one issue that they agree on: no love for the MMS -- the lead federal agency in charge of regulating offshore drilling.

Danenberger came out defensive; in aggrieved tones he expressed his "disappointment at media comments" made about MMS employees. "Everyone at MMS is committed to safety and pollution prevention," he said. In his prepared testimony he was even more direct:

These comments have not only been ill-informed and unsubstantiated, but malicious ... These personnel work under strict ethics standards, and despite a few isolated and highly publicized incidents that occurred more than four years ago, conduct themselves with the highest degree of professionalism. While a critical review of the entire offshore regulatory regime is necessary and appropriate, unsubstantiated accusations and personal attacks are not.

Reminding the attending senators of the sex-and-cocaine scandal that vividly illustrated what Sen. Mark Udall, D.-Colo., called the "close and inappropriate" connections between MMS regulators and the oil industry might not have been the best idea. But his other options weren't any better. Explaining why MMS had raised questions in 2000 about the efficacy of blowout preventers that are supposed to shut off the flow of oil in an emergency, but then failed to follow through on requiring improvements, would be equally embarrassing. Explaining why MMS had essentially allowed the drilling industry to regulate itself wouldn't be any fun either. Danenberg was forced to fall back on meaningless bureaucratese. As one senator after another asked Danenberg whether MMS could have done better, all he could say, over and over again, was that issues "needed to be examined more closely" or "warranted further review."

It was not an impressive performance. And at one point, Danenberg essentially admitted that there was a conflict of interest at the heart of his agency. MMS administers both the collection of revenue from offshore oil leasing and the safety of offshore oil drilling. On Tuesday morning, Ken Salazar, secretary of the interior, suggested that those two functions should be split from each other. Sen. Robert Barasso, R.-Wyo., asked whether that was a good idea.

"That tends to be the trend internationally," said Danenberg, "separating resource management from safety."

In other words, other nations that regulate offshore drilling have acted to limit the conflict of interest that puts a regulator entrusted with ensuring the safety of drilling in bed (literally!) with industry. But not the U.S.!

Danenberg's appearance was just an appetizer before the main show -- the testimony of executives from BP, Halliburton and Transocean. If Danenberg's reception was any guide, the oil execs were headed for much rough water.