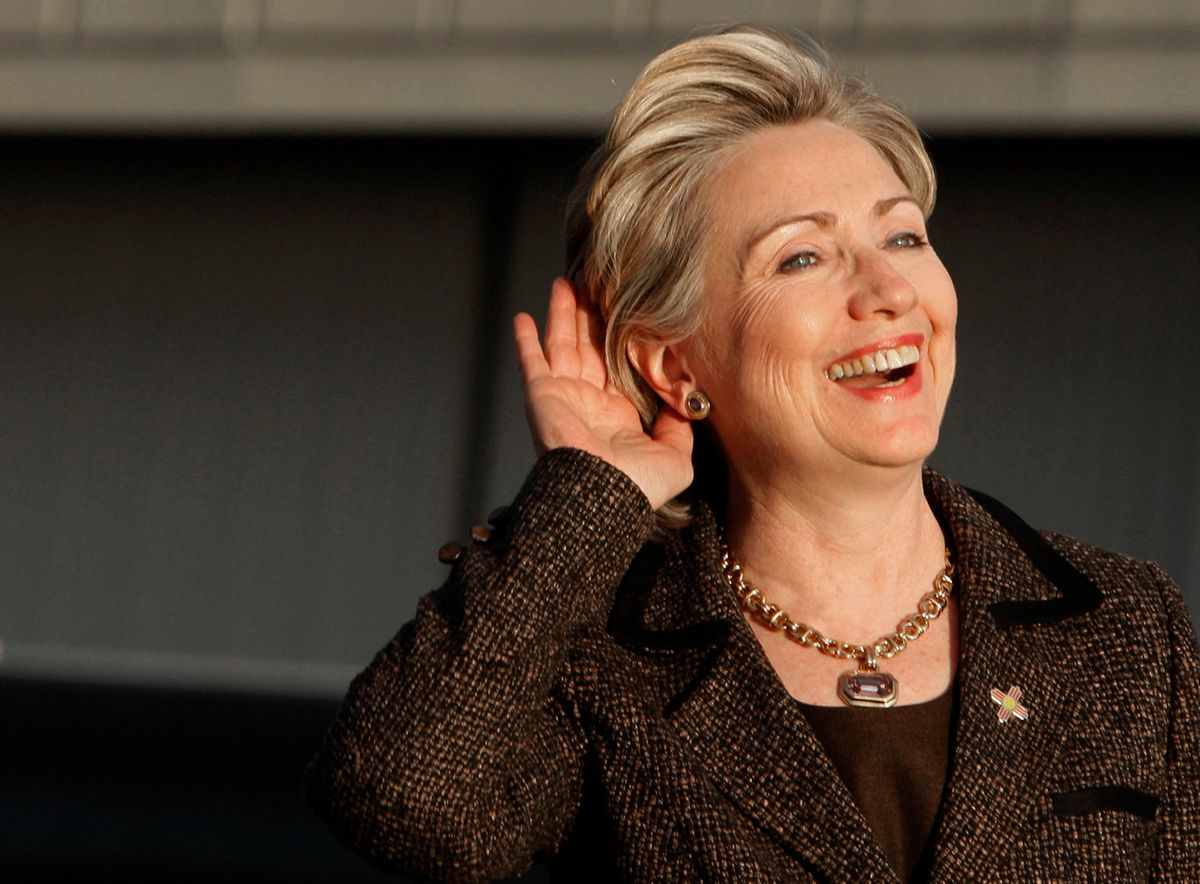 Former President Bill Clinton is raffling off an invitation to spend a day with him in New York. Is the money going to Haiti? Or Nashville? Nope. It's all going to Pollster Grifter Mark Penn.

"Hillary's campaign still has a few vestiges of debt that I know she would like to see paid in full," Clinton writes in an e-mail that went out to Hillary Clinton supporters today. And for only $5, you can help her out, and maybe hang out with the ex-president himself. As long as you don't mind enriching a man who is wrong about literally everything.

Hillary Clinton's presidential campaign has been deeply in debt since its untimely end in 2008. A year ago, the Clinton campaign owed $2.3 million. As of the end of March, it still owed $771,000.

Last year, when the debt was $2.3 million? Every penny of that was owed to Mark Penn's firm. (And that was down from the $5.4 million she owed Penn at the end of 2008.) FEC filings confirm that her entire remaining debt is still owed to Penn, Schoen & Berland for "Consulting Polling/Mail Expenses."

And Mark Penn's services are clearly worth every penny. During the campaign, he waged internecine war with Clinton's other strageists and advisors (often blaming them when his brilliant ploys backfired), said "cocaine" on TV a bunch of times and then gloated about it, and repeatedly instructed Hillary to question Obama's patriotism and supposed lack of "American roots." According to Harold Ickes, Penn didn't even know how the primaries actually worked.

So make sure to donate today, Hillary supporters, to the man who did more than almost anyone else to make sure that she would never be president.