A new conservative news organ has a scoop: Valerie Jarrett and David Axelrod don't drive themselves to work 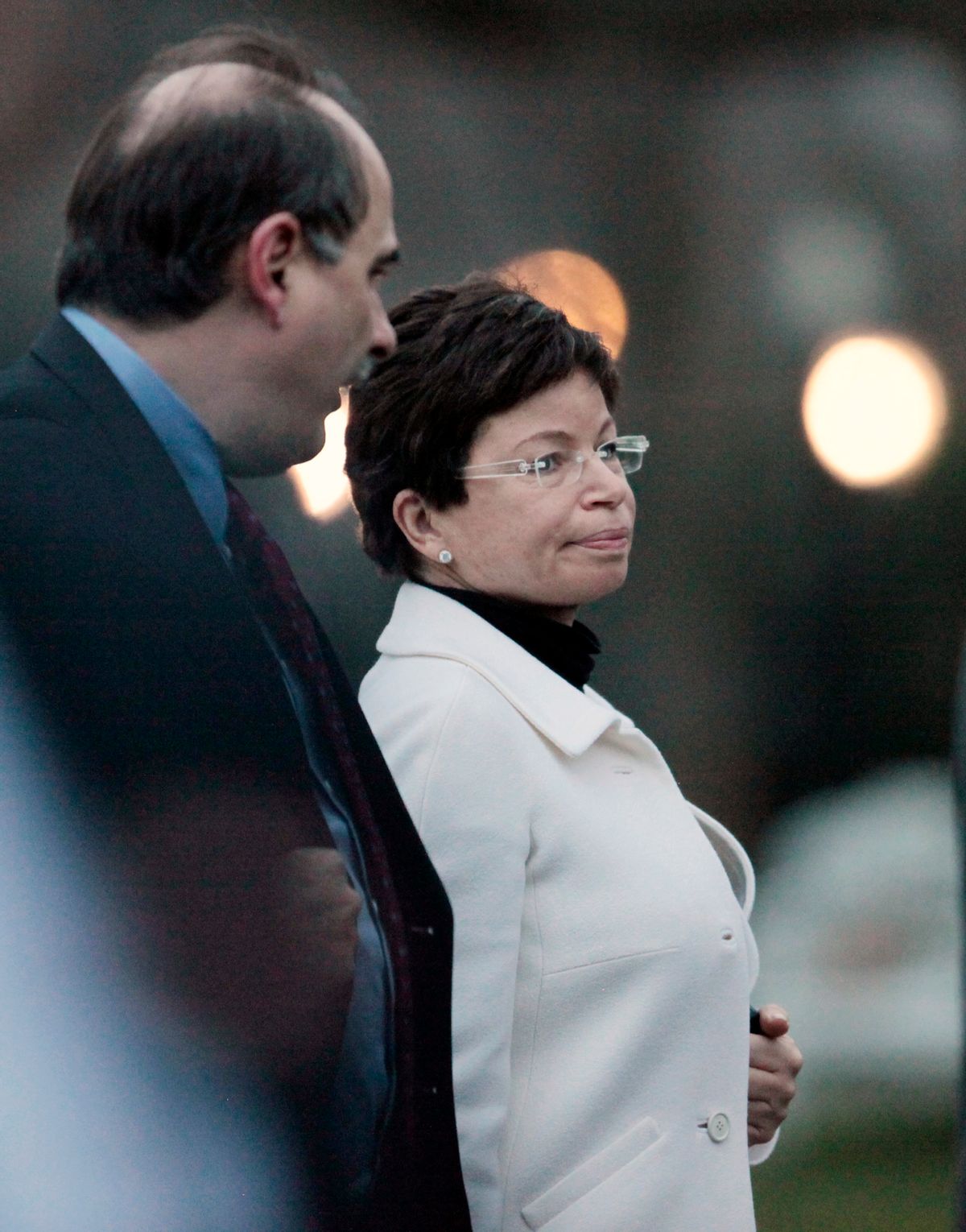 Senior advisers Valerie Jarrett and David Axelrod walk together on the South Lawn as President Barack Obama returns to the White House in Washington, Friday, Dec. 4, 2009, after he returned from a trip to Allentown, Pa., where he spoke about jobs. (AP Photo/Charles Dharapak) (Associated Press)
--

The Daily Caller has an exclusive: Barack Obama advisers Valerie Jarrett and David Axelrod are both provided with "portal-to-portal" military-chauffeured taxpayer-funded rides to work. And Jarrett gets Secret Service protection! This is the Obama administration's most scandalous abuse of power since Robert Gibbs Tweeted the other day.

Tucker Carlson, who wrote some good political journalism before he became an annoying television prick, recently created this Daily Caller website to be a sort of conservative Huffington Post. (Another of today's Caller headlines: "What's in a leg? Hollywood's sexiest gams [SLIDESHOW].") And there's nothing wrong with that. He is, at least, paying conservative reporters to actually report things -- there are facts in this particular story, by former Washington Times reporter Jon Ward.

And some of these facts even undermine what is supposed to be the scandal. Like: "The president is allowed to designate a small number of aides who can receive the service outside of those who get it automatically."

But apparently the Bush administration never gave Rove a car, so it's not fair that Axelrod gets one. (As perks go, this is, keep in mind, what MSNBC does for Harold Ford every morning.)

Still, there is that Secret Service thing! Jarrett is apparently a protectee, even though she's not in Obama's actual family! And why would that be?

The White House and Secret Service would not comment on whether there have been threats or security concerns to merit the protection, though that is usually the reason agents are assigned to protect a government official. The Secret Service did say that the Obama administration has fewer protectees than the Bush administration did.

I think this is one of those stories where they worked backwards from a great headline. ("LIMOUSINE LIBERALS.")