Why nobody watches our Arab TV channel

Every year the U.S. government spends over $100 million on Arab broadcasting that Arabs refuse to watch 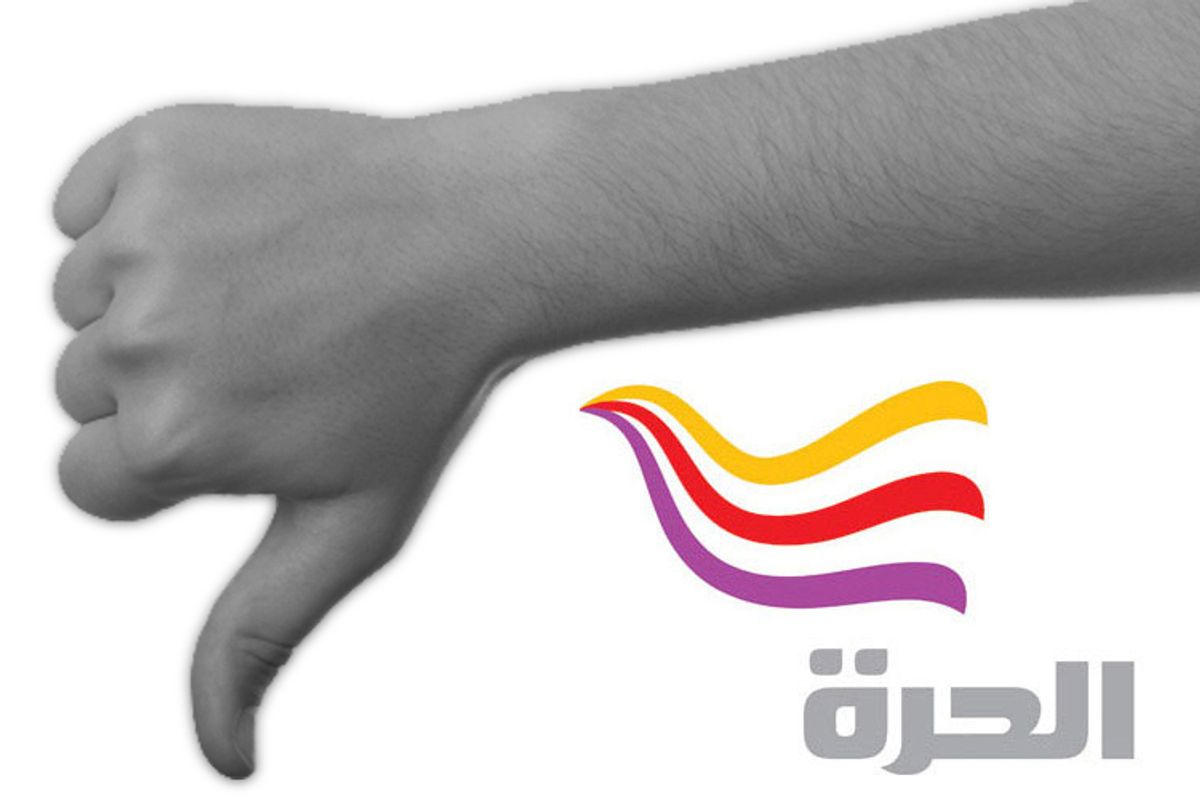 While President Obama’s strenuous, year-plus effort to restore American prestige already has achieved measurable success, most of the Arab world remains suspicious and often hostile. Hurting more than helping is Al-Hurra, the official Arab-language broadcasting outlet sponsored by the U.S. government -- or at least such is the jaundiced view of the overwhelming majority of the journalists, academics, officials and business executives attending the annual  Arab Media Forum in Dubai this week.

A panel that included Arab-American Institute president James Zogby, Al-Jazeera international news director Saleh Najm, Georgetown University professor Adel Iskandar, Jorn De Cock, Middle East editor of the Belgian daily De Standaard, and me examined the  Al-Jazeera effect on Wednesday afternoon at the conference, sponsored by the Dubai Press Club. Although we never reached unanimity on the successes and shortcomings of the Qatar-based international news channel -- or of Al-Jazeera English, its sister operation -- there was broad agreement that the U.S.-branded Al-Hurra has been a very costly mistake. According to Zogby, who quoted surveys of broadcast viewers in the region, the estimated penetration for Al-Hurra is less than 1 percent, a number he set in stark relief by noting that the network has spent roughly half a billion dollars so far.

It wasn’t cheap to establish the biggest government broadcasting outfit since the Cold War, a round-the-clock service that includes two daily hour-long newscasts, with entertainment, sports, cooking, fashion and business programming as well as magazine-style shows and political talk. But having started as an arm of the Bush administration "democracy campaign" -- with its founding chairman handpicked by Karl Rove -- Al-Hurra has never been able to achieve the kind of credibility enjoyed by Al-Jazeera in Arab households. Repeated investigations of Al-Hurra over the past five years by the American Prospect, ProPublica, "60 Minutes" and various federal investigators  have uncovered rampant cronyism, weak programming and broad rejection by the targeted Arab audiences.

Even President Obama avoided appearing on Al-Hurra when he inaugurated his outreach campaign to the Arab and Muslim world, sidestepping the U.S. network for an interview on Saudi-based Al Arabiya. Yet the network continues to spend well over $100 million annually in taxpayer funding, without any measurable positive effect and much anecdotal evidence that its impact is negative. And rather than correct or scrap the flawed propaganda model, the board that oversees Al-Hurra keeps  asking for more money. The Obama administration has been well aware of the network’s historic problems since its own transition report enumerated them. Perhaps change will come when the Senate finally approves the administration's nominees to the Broadcasting Board of Governors, which oversees Al-Hurra. Enforcing accountability -- instead of pouring still more scarce funding into an insulting joke -- would signal seriousness about public diplomacy and budget discipline.