George Rekers resigns from anti-gay group, forced to go on trips with wife

What will the quack psychiatrist, who denies that hiring a male escort makes him gay, do with his new free time? 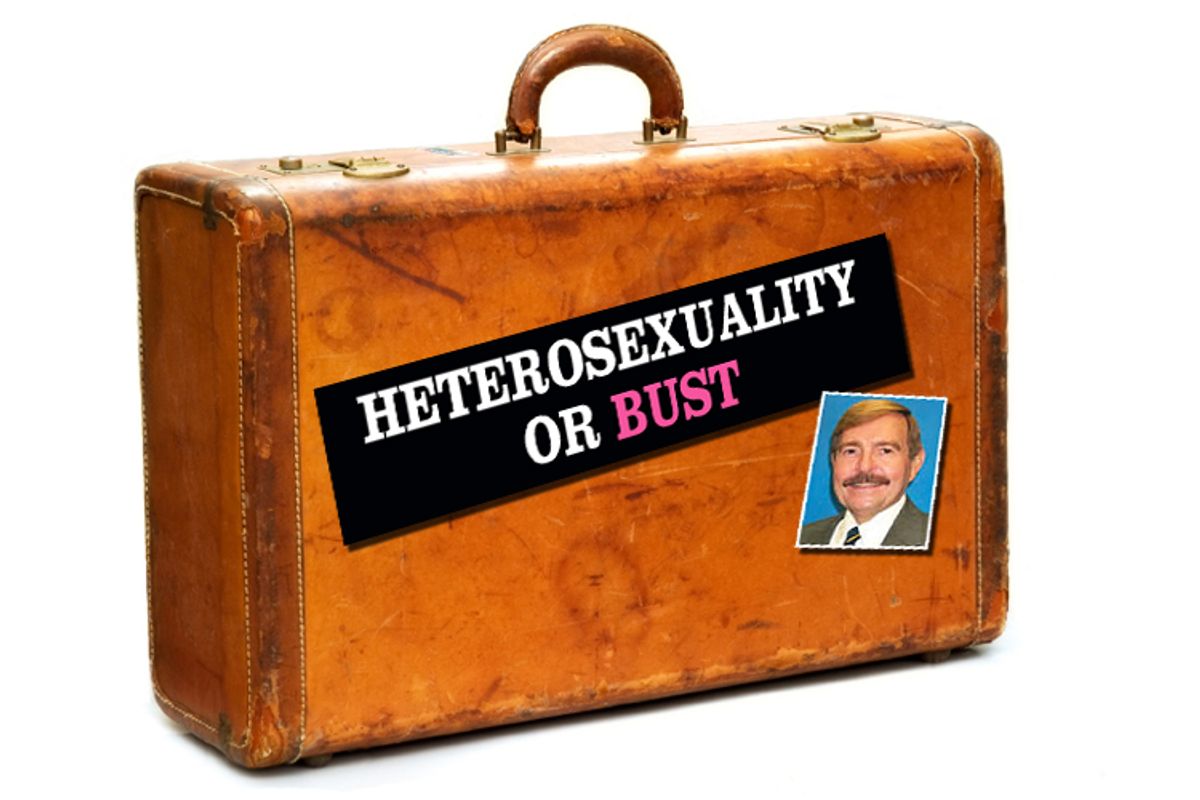 NARTH denies helping Rekers craft the bizarre questionnaire he filled out and sent to his escort friend in a transparent attempt to get their stories straight. (Rekers also claimed to have received advice from NARTH's "public relations people," who told him to make one statement and then stop giving interviews. Maybe they should've told him to stop talking to his male escort friend on speakerphone when New Times reporters are in the room?)

Jo-Vanni Roman, the escort at the center of this whole mess, sat down with Randi Kaye for a piece for Anderson Cooper's CNN show:

This is the saddest part of this whole tale: Rekers, who claims he only hired Roman to help him "lift luggage," no longer has an excuse to go on lengthy European trips with nubile young men.

In a follow-up e-mail to Christianity Today, Rekers said that his wife will be retiring soon and will accompany him on trips when their sons are unavailable.

Are you happy, journalists? You've taken away George Rekers' glorious vacations from his miserable double life. Now he has to go to Europe with his wife.