Healthcare fallout for a Blue Dog Democrat in Utah 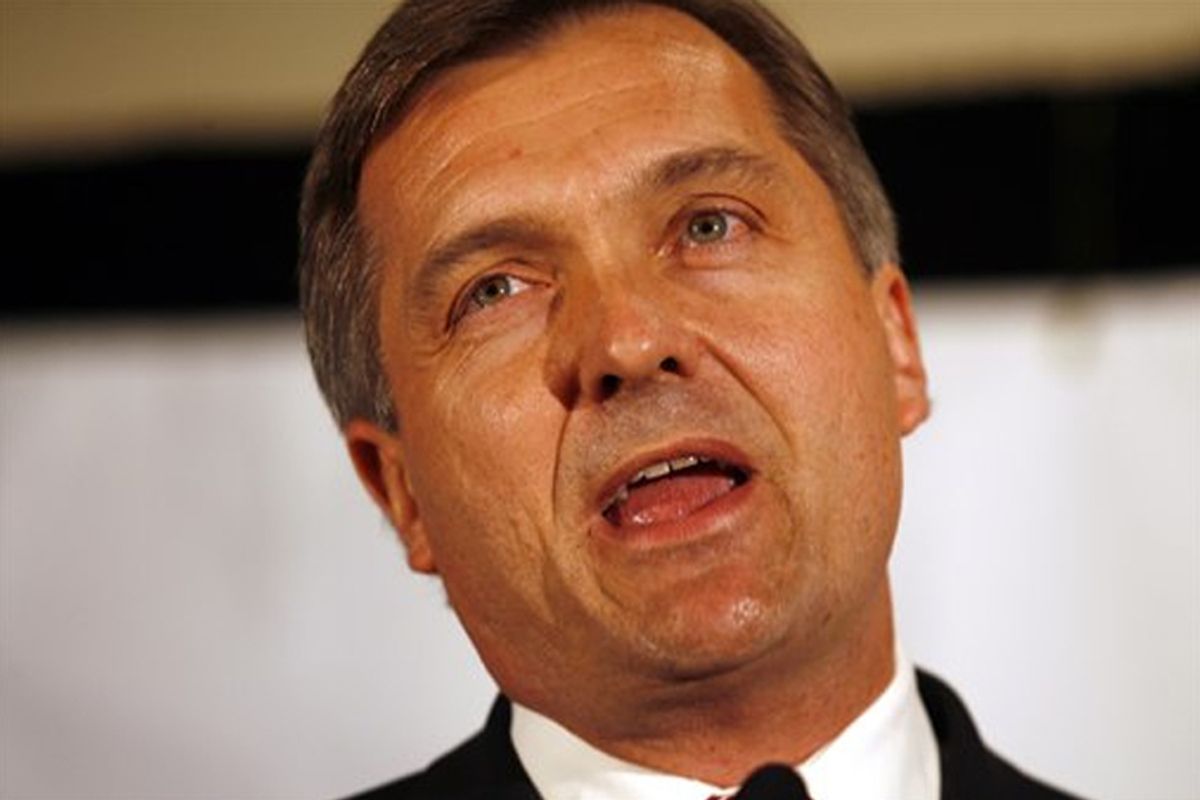 The liberal wing of the Democratic Party is taking a page from the Tea Party playbook and attacking their own. At last Saturday's party conventions in Utah, the spanking of incumbents was a bipartisan affair. As is well-known, Republican Sen. Bob Bennett lost in the GOP convention and, unless he decides to pursue a difficult write-in campaign, his career is over. Then, within an hour of Bennett's loss, Utah Democrats forced Rep. Jim Matheson, a five-term congressman in a Republican-leaning district, into a primary with upstart Claudia Wright.

How upstart is Wright? She became a candidate after responding to a Craigslist ad, placed by oil-lease monkey-wrencher Tim DeChristopher, seeking a challenger for Matheson. That ad spawned the "Citizen’s Candidate" group, led by mostly progressive party activists. She is a retired schoolteacher who has never run for office. She had, prior to the May 8 convention, less than $10,000 in donations, while Matheson had $1.4 million and counting.

Wright’s victory -- because just forcing Matheson into a primary is a victory -- happened partially because of Utah’s unique caucus system, which gives power to a small minority of active political participants. In the Republican Party, the arch-conservative base had a lot of power this year. On the Democratic side, that influence went to the vocal cadre of environmentalists, healthcare reformers and gay rights activists who are all frustrated with the Blue Dog Matheson.

However, Utah's frustrated liberals are not alone. In multiple states, moderate Democrats and especially the Blue Dogs who voted against healthcare reform, are receiving serious electoral heat.

In Ohio, Rep. Zach Space, another Blue Dog Democrat who voted against healthcare reform, has multiple union groups urging their members to “Skip The Space” in November. One local leader told Politico that "he can’t have a pass" on his healthcare vote.

In Arkansas, Democratic Sen. Blanche Lincoln is facing a serious challenge from former Lt. Gov. Bill Halter, who has received millions from unions and MoveOn.org.

Other efforts have not succeeded as well, although unions are working to send a message. In North Carolina, local union leaders are trying to form a third party to challenge three Democrats who voted against healthcare reform.

In some ways, the NC First Party sounds a lot like what people expected from the Citizen’s Candidate group. Many initial supporters of the group, in fact, questioned the decision to run their candidate within the Democratic Party and not through a third party. The argument for an intra-party challenge, which seemed insane at the time and now looks prescient, was that they had a good chance of forcing Matheson into a primary.

After the win, Wright’s candidacy is attracting national attention from progressive groups such as Planned Parenthood and Emily’s List, and they have also received calls from unions, campaign manager Michael Picardi said.

"We have gotten many hits from PACs around the country that some consider liberal, but I don’t," Picardi said. "There is a lot of national interest."

Rep. Jim Matheson’s office did not respond to a request for comment.