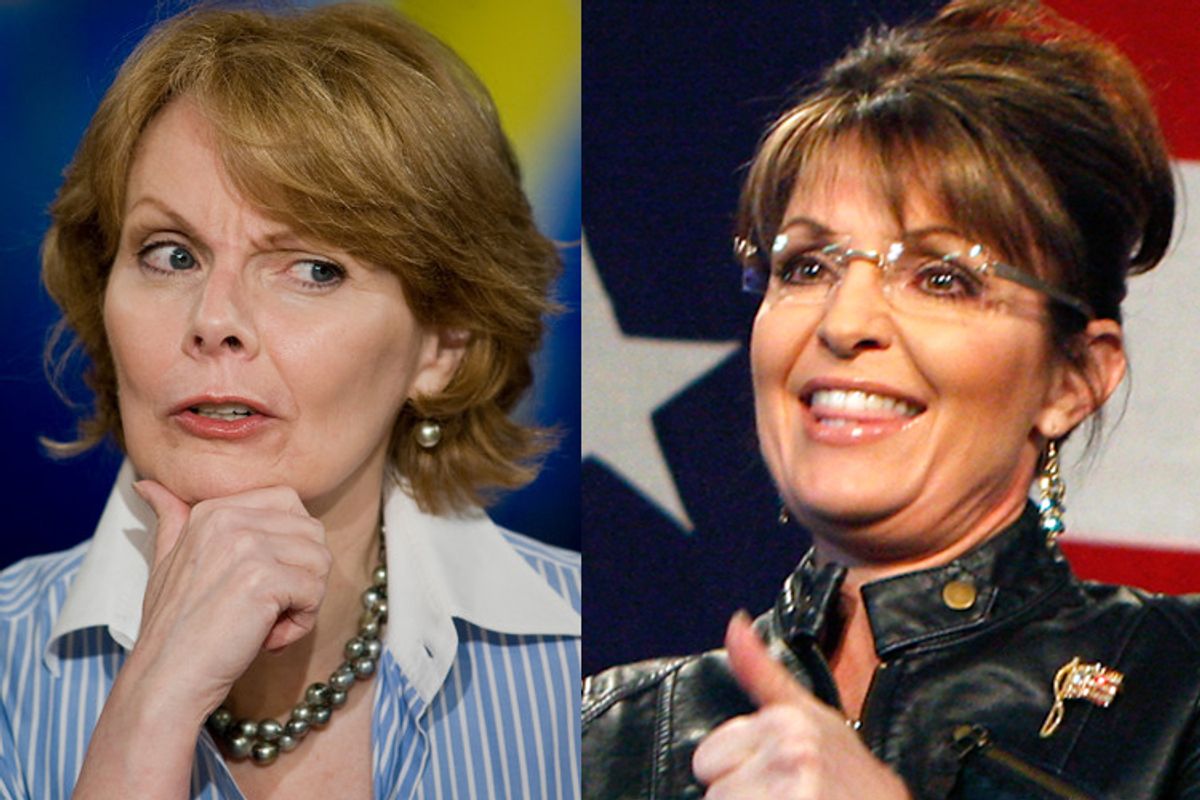 Sarah Palin has a new book on the way. The title: "America by Heart: Reflections on Family, Faith and Flag."

Josh Green at the Atlantic points out that this sounds a lot like a book by Peggy Noonan, called "A Heart, a Cross, and a Flag: America Today."

But I don't think it's a true rip-off. Peggy, after all, is the East Coast elitist who originally called "bullshit" on the Palin phenomenon. Sarah wouldn't steal from her.

No, it's just that both of them work from the "word salad" approach to political punditry. Noonan picks the fancy words and Palin picks the simple words. But when you are crafting a title for your glorious ode to this wonderful country, there are really only a few words to choose from!

Go ahead, try to come up with your own Peggy Noonan/Sarah Palin book of platitudes. It's harder than it looks! Here's the best I could do: