Meet the man behind the anti-flatulence blanket 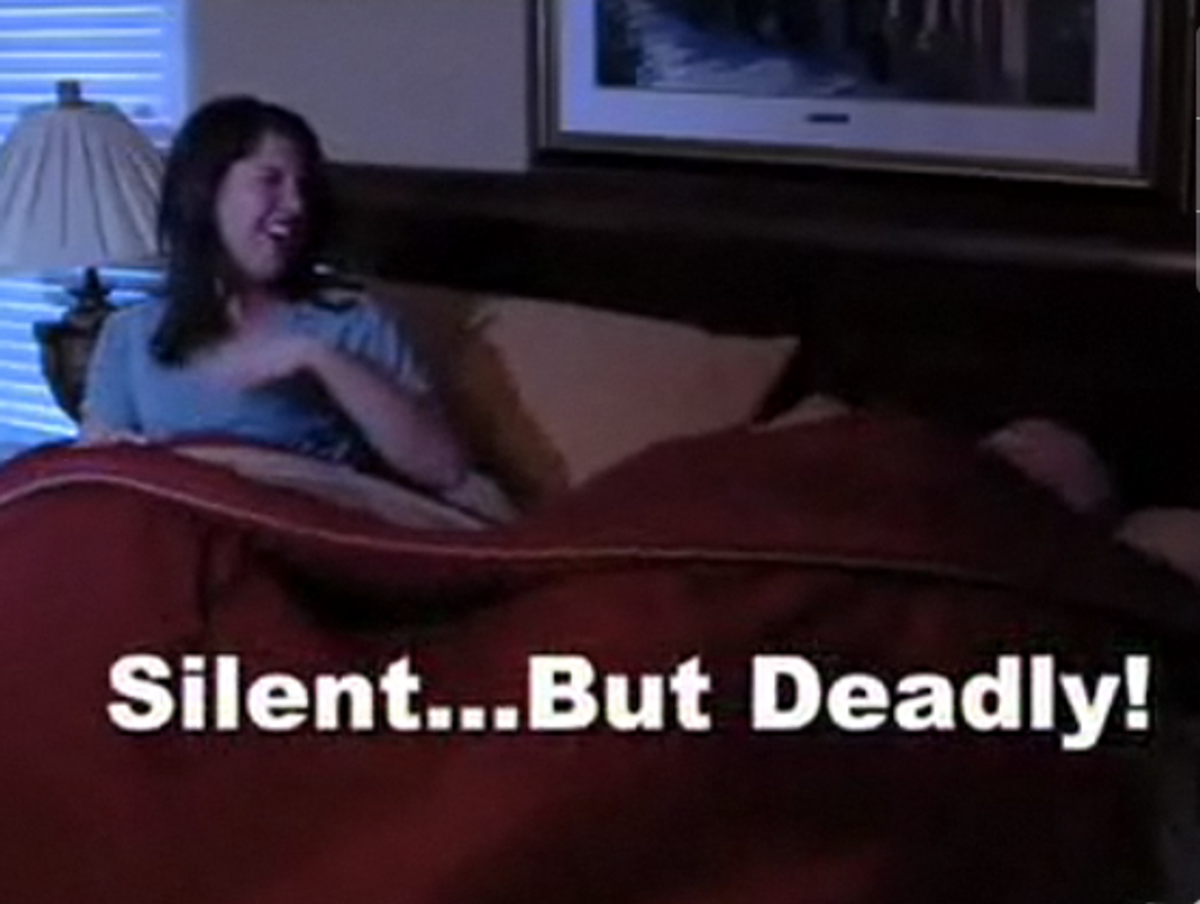 If you’ve been paying attention to viral videos the last week, there’s no way you could have missed the Better Marriage Blanket. It is, as Tracy Clark-Flory aptly put it  on Monday, "possibly the world’s first pro-marriage anti-flatulence blanket."  That’s right: Worry no longer about nighttime tooting waking up your spouse -- carbon technology has come to save you. But, lest we forget, behind every hilarious infomercial, there is a man with a dream. For the Better Marriage Blanket, that man is Frank Bibbo, a science teacher from Roxbury, N.Y., who envisioned a world free of embarrassing gassy odors in the marital bed. Salon gave Bibbo a call to talk about the science behind the blanket.

How did you come up with the idea for the Better Marriage Blanket?

I bow-hunt for deer, and to do that you have to get really close to them, close enough that they can smell you. They’re pretty sensitive. So I started buying these military surplus chemical protective suits, from the army surplus store to block my odor. One time, I noticed that if I passed wind in there you couldn't smell a thing. And a light bulb went off. I took a couple of the suits, cut them into pieces, sewed them together and made a blanket. My wife and I used it in our bed for years, and it was great. Fifteen years later I made the first prototype and had a number of them produced.

Have you found that it’s improved your own marriage?

Oh, yeah. [Laughs] I mean, it's kind of personal, but you can probably figure it out. Between husband and wife it comes in really handy. I don't wake my wife up at night anymore. There's peace and harmony that way. I listen to other couples talk about their problems and how difficult it can be sometimes. Think about how many different things come at you to affect how you feel romantically toward your spouse. All you need on that one night of the month that things are just wonderful between you is for one of you to have gas. It's a humorous subject, but it can be a real factor in relationships.

I have a strong background in science; I was a biology teacher for years, and I run a small biological engineering consulting business from home. So I did most of the testing myself, microscopically and using different smelly substances.We used different compressed gases, like propane, which has an odor marker put in there that’s also one of the chemicals that's found in human intestinal gas. In fact, it was rated the smelliest substance in the Guinness Book of World Records. We used that underneath the sheets, opened the valve in five-second bursts, and in seconds the smell is undetectable. We tried it on a variety of smelly things: Limburger cheese, dead fish, and animal feces. We put it over our dog. Anything you could think of in the household or around the house that stinks, we've tried it on.

Could you explain the technology behind the blanket?

The blanket is made out of carbon that has heated to such a high temperature that it forms little bubbles. These microscopic bubbles provide an incredible amount of surface area, places for the molecules of flatulence to bind. There are thousands of square feet of surface area in one gram of activated carbon.

It's technology that's used in gas masks, materials for chemical warfare, certain chemical reaction tests. It's used in air pollution control in cars. And the blanket doesn't smell. Before we even knew if we could wash it, my wife and I used that thing for like two years and it never stopped absorbing odor. You can take the blanket and put it in the dryer and it will refresh it. Any chemicals that have been bound to the activated carbon will go right out your dryer vent.

Do you have any other inventions on the way?

This is my fifth invention, but it’s the first one to really get off the ground. Right now, we're developing different forms of the product. One of them will be for airplane passengers. On these long flights, the difference in air pressure causes gas. People fall asleep and don’t realize that they’re disturbing their seatmates. The material could be useful for cruise ships, a personal-size throw blanket you can use in your living rooms, or sleeping bags for camp-outs.

Were you expecting the video to be such an Internet hit?

I was blown away. I kind of designed the video. They asked me what I was thinking of, and I told them what I envisioned and they put it all together. It's a funny video, but it's a real thing. It’s pretty surreal. I get calls every day from around the country. The Internet is just full of the better marriage blanket. But I’m trying to keep it quiet around here, so I don't have people coming up to me all the time asking about it.