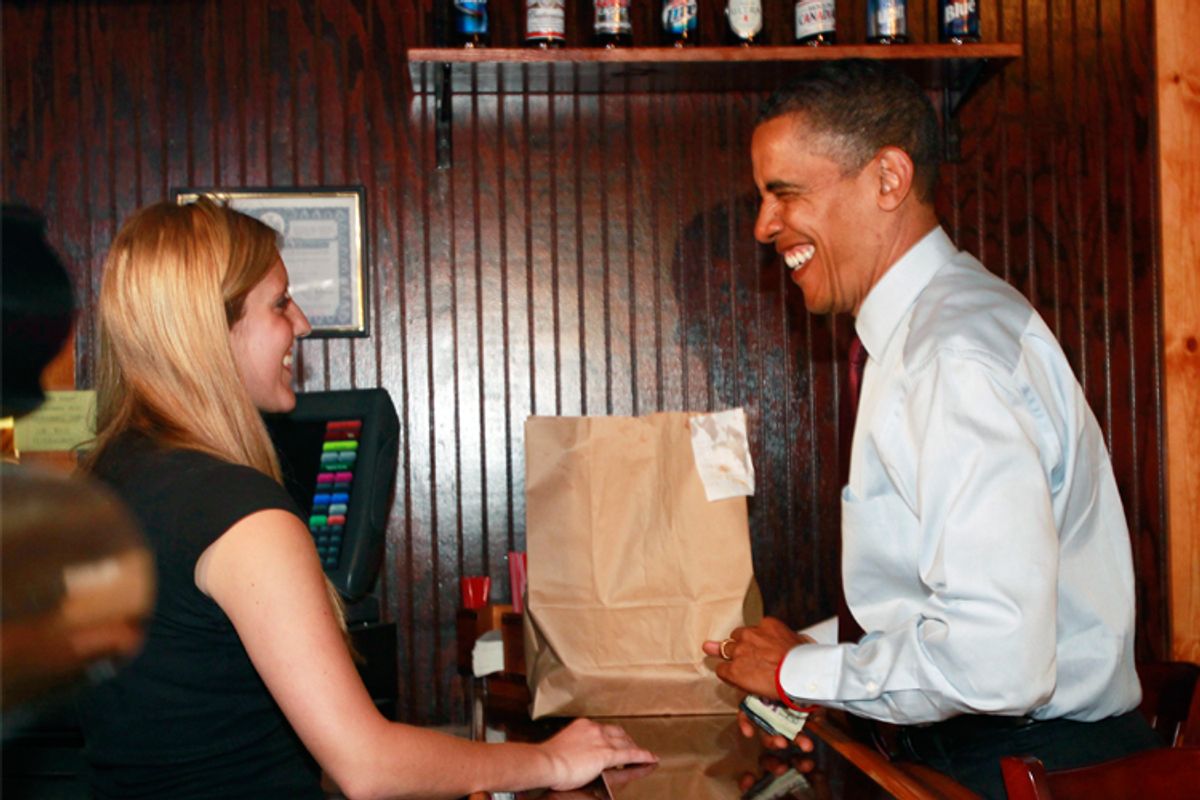 President Obama pays for his food order at Duff's Famous Wings Restaurant in Buffalo on Thursday.
--

Barack Obama went to sad old Buffalo, N.Y., for a quick speech on the economy and a town hall. But before all that, he stopped for some wings at Duff's. And that is where this happened:

Louann Haley, of Chaffee, greeted the president with the words: "You're a hottie with a smokin' little body."

Obama's response: He hugged her.

That is a hilarious thing to say to the president. But perhaps the oddest part of the Buffalo trip was when the president put traveling pool reporter Sharyl Gay Stolberg of the New York Times on a mysterious hovercraft.

2:13 p.m.: President Obama is having his share of fun at Industrial Support Inc. -- some of it at the expense of Sheryl Gay Stolberg of the New York Times.

Obama ordered the reporter to board a mysterious circular hovercraft that the company makes for some mysterious purpose.

And he seemed to greatly enjoy it as Stolberg slid across the factory floor.

"It's a levitator. It's a hovercraft. It's for fun!" Obama said.

Until I can find video evidence of this, you'll have to settle for video of Obama's opening remarks before the town hall.