Orrin Hatch's excuse for his friend: The briefing room lights are too bright 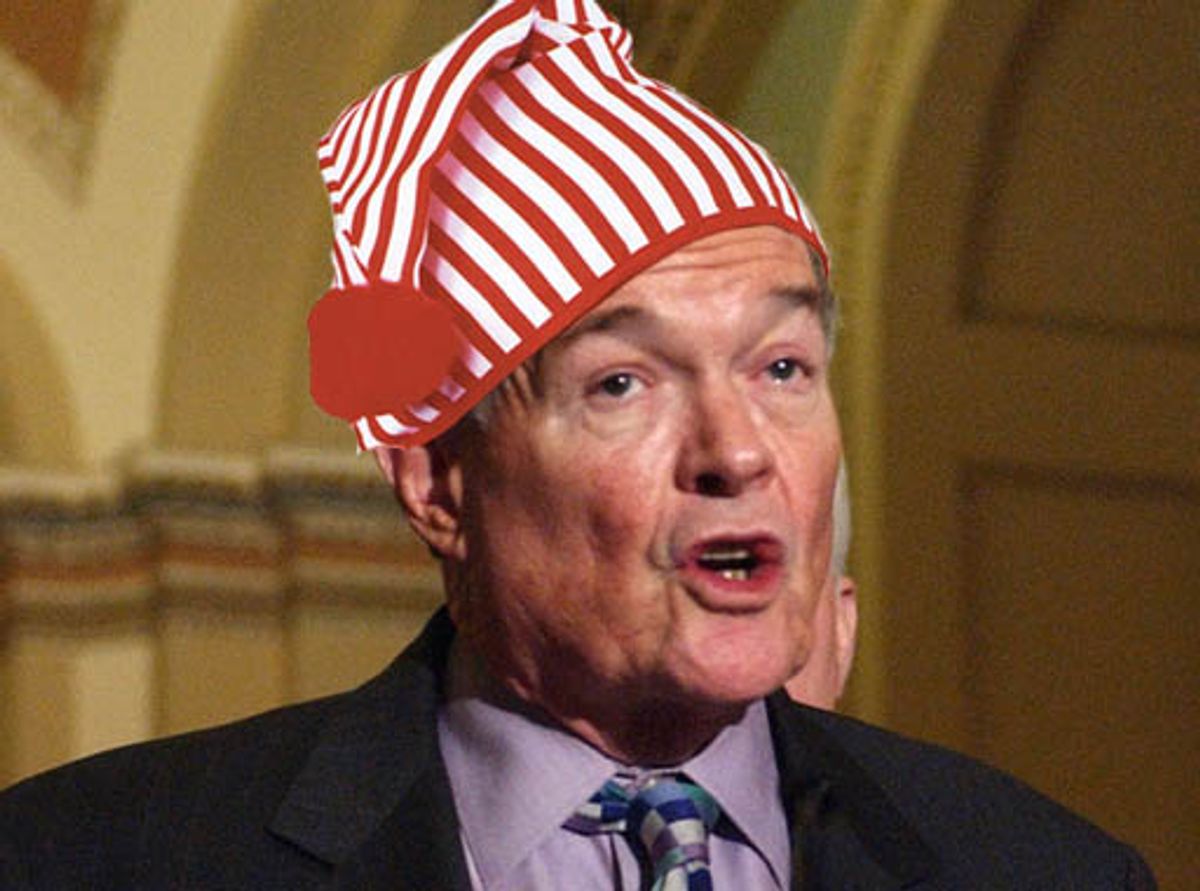 The United States Senate is so very old and tired. At a briefing on Tuesday about the attempted Times Square bomber's supposed links to the Pakistani Taliban, Senate Intelligence Committee ranking Republican Kit Bond fell asleep:

One person who was in the room for Tuesday's intelligence briefing said Bond appeared to fall asleep for 10 to 15 minutes, but that he and other senators had spirited exchanges with the briefers.

This sounds pretty embarrassing, but Orrin Hatch has an excuse. He was resting his eyes, because the lights in that room are just too bright.

Sen. Orrin Hatch (R., Utah) also weighed in, saying he sat beside Bond during the briefing, and "I can tell you he was awake" Hatch said that sometimes the lights in the room are so bright "you have to rest your eyes for a bit; you get light burn."

After his nap, a rested Bond worked up the energy to tell reporters that Eric Holder lied to him.