Turns out, with enough major media promotion, almost a third of Americans will look upon you favorably 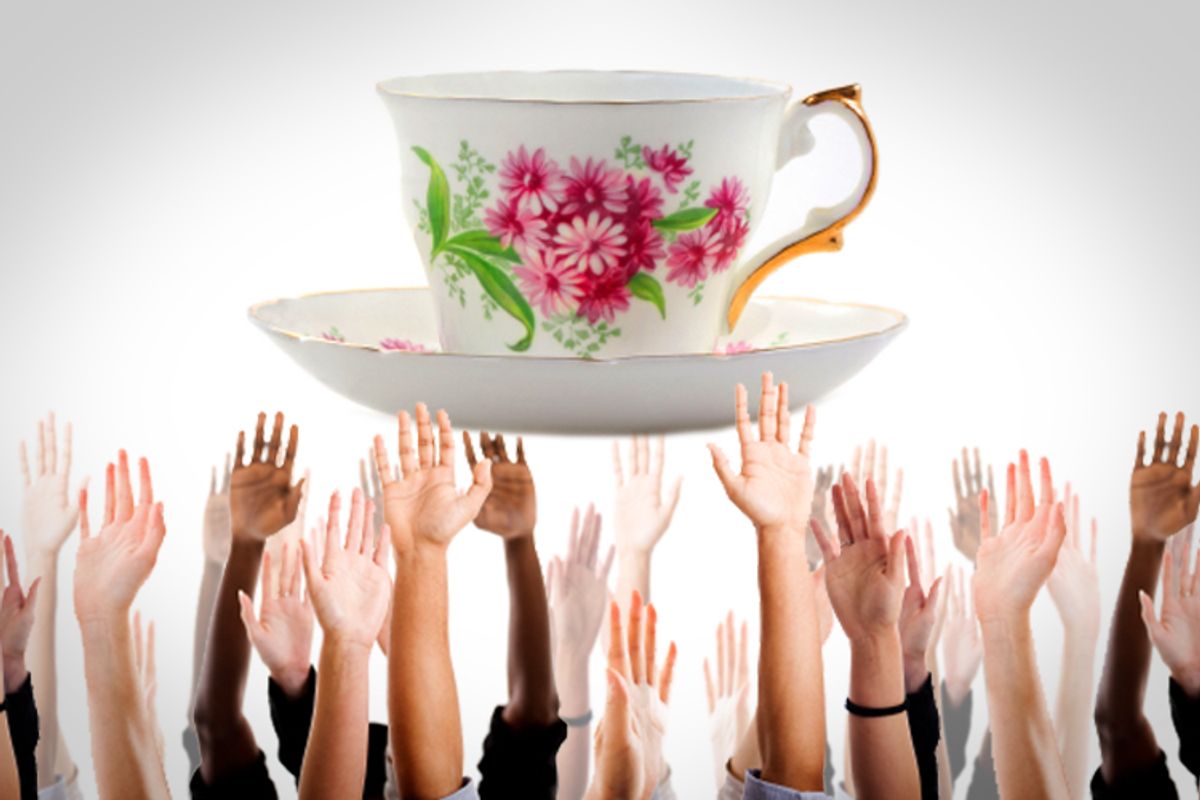 According to the latest Wall Street Journal/NBC poll, "the Tea Party movement" -- a vaguely defined, all-things-to-all-people, quasi-grass roots "movement" that's been heavily promoted and marketed by a major media outlet and that governs nothing and advocates no specific policy ideas beyond anti-government sloganeering -- is marginally more popular than either of the actual, established political parties.

Like most opinion polls, this one can be interpreted in an infinite number of ways. According to Rupert Murdoch's Wall Street Journal, it's a sign of "Voters Shifting to GOP." According to MSNBC, nothing important has really changed since their last poll.

Either way, it's a bad time to be an incumbent anything. Many respondents also "think" we're "still" in a recession, which suggests that economic trends are perhaps driving a lot of the bipartisan incumbent-hate. Obviously a massive jobs program is politically "impossible" for reasons that are still mostly unclear to me.