Why Democrats should be afraid of Europe 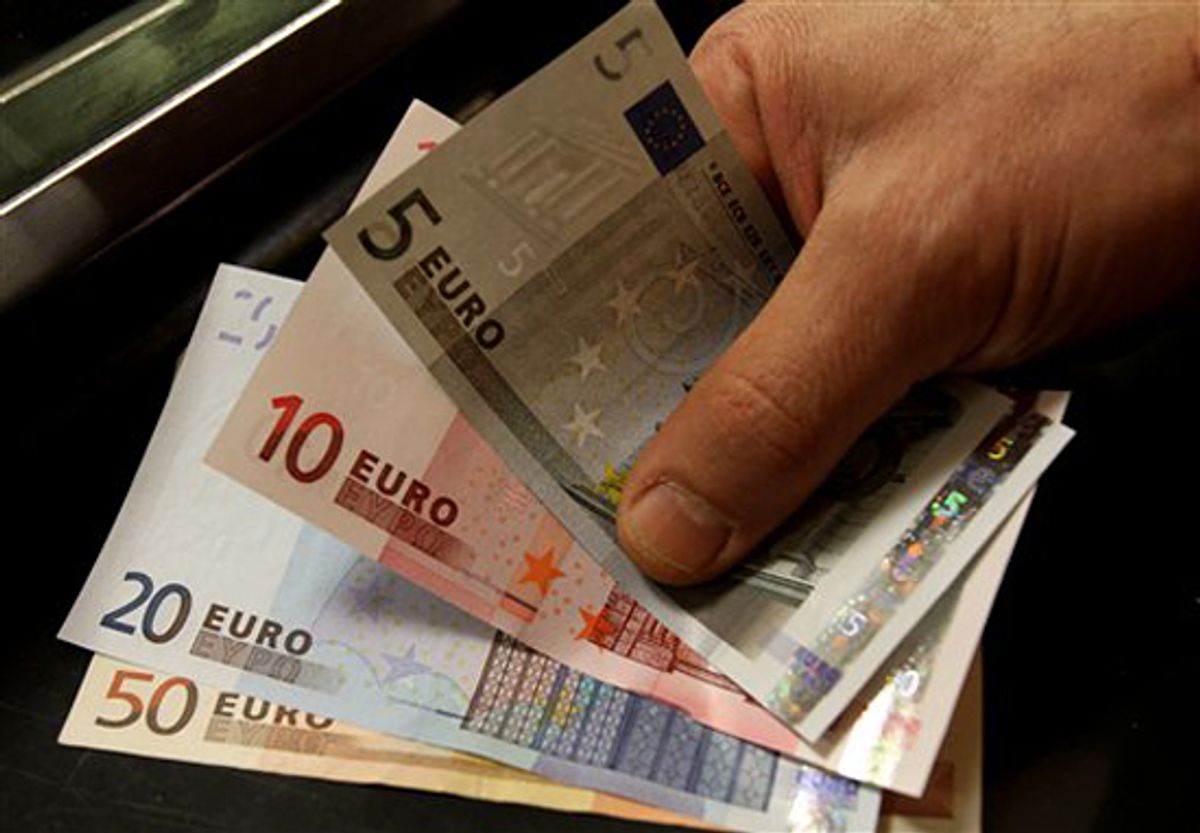 In Buffalo, N.Y. on Thursday President Obama made the most optimistic declaration of confidence in the prospects of the U.S. economy of his entire presidency, reports The New York Times' Sheryl Gay Stolberg.

"We can say beyond a shadow of the doubt today we are headed in the right direction," Mr. Obama told a crowd of about 250 people during a swing through this economically depressed city. "All those tough steps we took -- they're working, despite all the naysayers who were predicting failure a year ago."

"Last month we had the strongest job growth we had seen in year, and by the way almost all of it was in the private sector and a bunch of it was manufacturing," the president said, referring to last week's report that found the economy added 290,000 jobs in April. "So this month was better than last month. Next month's going to be stronger than this month. And next year is going to be better than this year."

Mission accomplished! As if to punctuate his boosterism, on Friday morning the government reported that industrial production and retail spending had both grown robustly in April, further extending a string of relatively good economic indicators.

And yet, at 3:30 EDT, the Dow Jones Industrial Average was down by 219 points, capping off a weak of fear and trembling uncomfortable reminiscent of the credit crunch days of 2008. The Dow shouldn't be overused as an economic thermometer, but there's a very obvious reason why investors are closing out the week in such a distinctly bearish mood. Doom and gloom in Europe. The fate of the euro, eurozone, and the global economic recovery are all in doubt.

The euphoria with which markets greeted the European Union's proposed mega-bailout on Monday morning seems like a distant memory. The value of the euro, as compared to the U.S. dollar, has been falling all week, and stock markets from Spain to Tokyo are tracking its decline. There are two related problems. The first question is whether or not the eurozone will ever be able to enforce effective fiscal discipline on its members. (Bloomberg has an excellent summary of the history of the eurozone's creation and its inherent contradictions.) But the second problem is what happens if the eurozone's more wayward members do manage to cut government spending.

The situation in Spain is of particular note. On Thursday, Prime Minister Jose Luis Rodriguez Zapatero announced a five percent pay cut for all government employees, along with with several other budget-tightening measures.

Now remember, Spain is already suffering from 19 percent unemployment, and is battling significant deflationary pressure. A Keynesian economist would likely argue that the only way to ensure economic growth under such circumstances, would be to increase government spending. But Spain, and half a dozen other European countries in similar situations, from Greece to the U.K., are set to do the opposite, a strategy that is bound to suck demand out of economies that are currently barely growing at all.

It's no mystery what will happen next. As Felix Salmon pithily notes "the financial markets have worked out that there's a pretty simple trade-off between fiscal austerity and economic growth." As in: There will be no growth.

A European recession will likely have significant repercussions for U.S. economic growth. Not only is Europe a major export market for the United States, but U.S. banks have huge exposures to European market conditions. The timing -- coming right as stimulus spending is set to taper off -- could not be worse, for either the U.S. economy or for Democrats facing reelection in November. If you were wondering where the catalyst for a double dip reception might be lurking, look no further.