Live from the trial: The blood of Jesus vs. Obama

Turnout isn't quite what organizers expected. But the trial is ready to go! 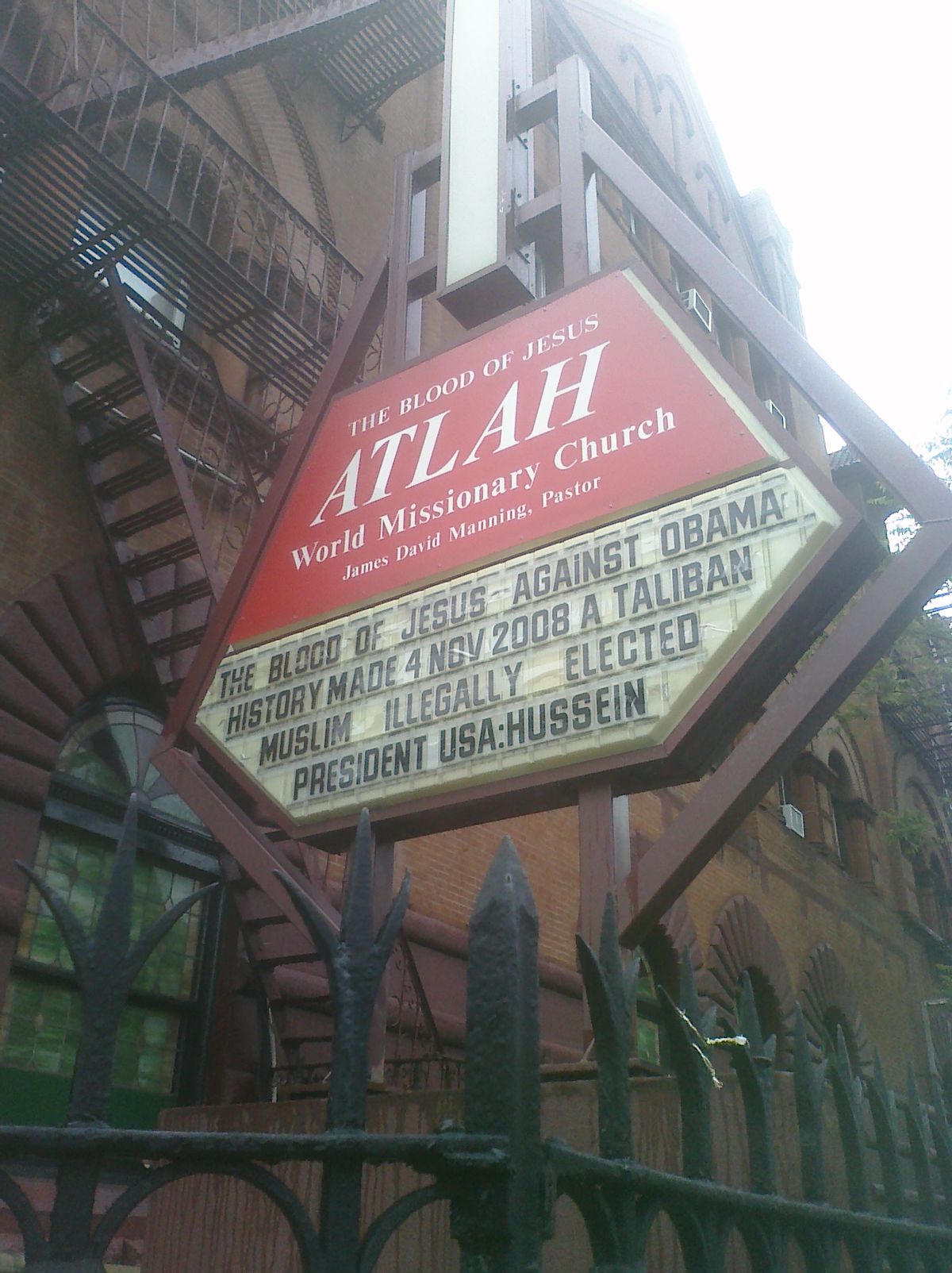 Outside the ATLAH World Missionary Church in Harlem, where Rev. James David Manning is putting President Obama "on trial" today.
--

Alex Pareene has bravely volunteered to cover the "trial" of President Obama being held at a Harlem church today. He checked in with us a few minutes ago with his first update.

Apparently, the massive rally that was to begin at 9 A.M. at 116th Street and Broadway (near Columbia University, which trial organizers claim "sold" Obama his undergraduate degree) never materialized. Alex then made his way a few blocks north to the Rev. James David Manning's ATLAH World Ministries Church. Manning had claimed that up to 30,000 people would show up. Looks like that estimate was a little off! But there were some people gathering outside: Decent turnout. 75 ppl maybe. Lady walks by and asks what's going on. I explain. "oh, these crazy people have been here forever," she says.

Alex also spoke with a man named Bill, who said he'd come up from Miami for the trial. "This is serious business," he said. As of 11 A.M., organizers were inside the church and preparing to open the doors. Stay tuned.