Today: Live from the Obama "trial" in Harlem!

A minister will try the president, in absentia, in his church. He says 30,000 people are expected. We'll be there 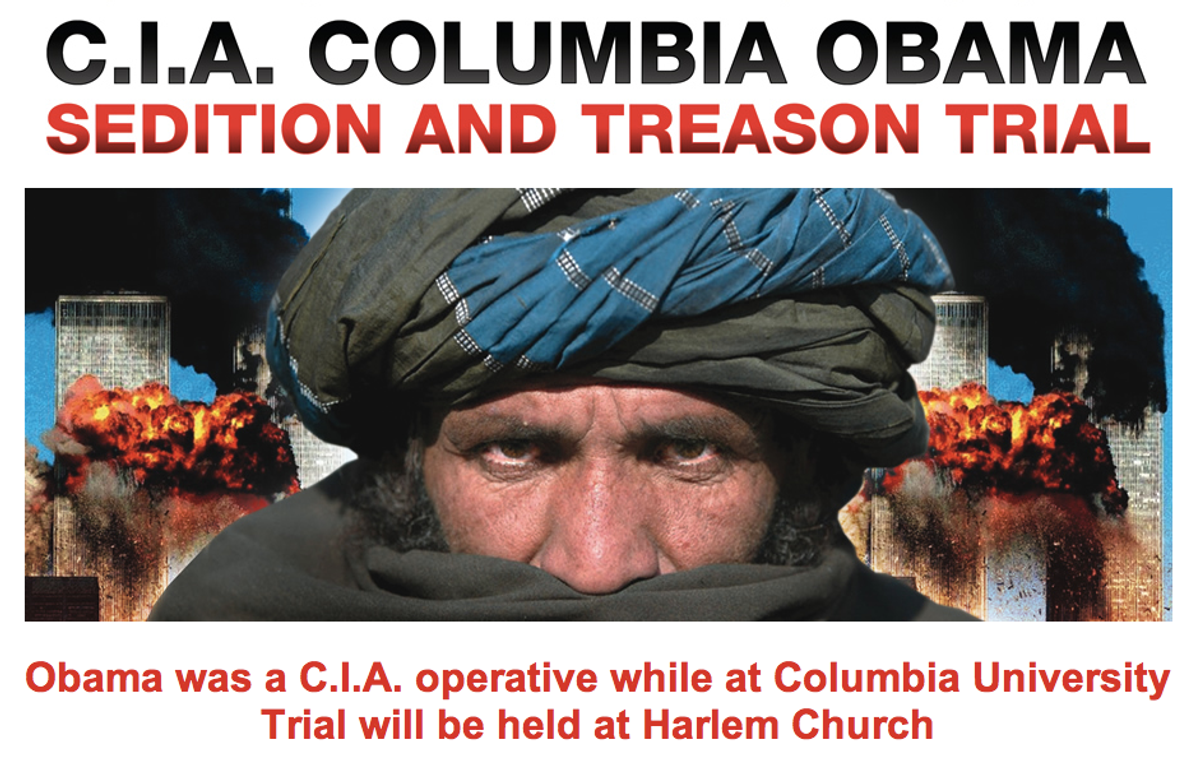 Today, Dr. James David Manning, founder and pastor of Harlem's ATLAH World Ministries, is putting Barack Obama on trial. Manning will first prove that Columbia University "sold" Obama his degree, and then he'll move on to the obvious question of whether Obama is a natural born citizen. (Hint: no.)

There will be a rally this morning (it will supposedly start at 9), and some time after noon, the trial will begin. "Most people think it's not real because it's taking place in a church," a representative of Manning's church said when Salon called yesterday afternoon. "But it's all under the Constitution."

You know -- impeachment trials, in absentia, in churches. It's all in the constitution.

According to Manning, "up to 30,000 people are expected to appear overall." LCD monitors will be set up at the church and on the Columbia campus for the overflow, of course. I will be among those 30,000. I'll make sure to report whether Louis Farrakhan and Jesse Jackson respond to their subpoenas.

I'll be checking in periodically with updates throughout the day. For background on Manning, make sure to read Mike Madden's report from a birther event back in 2008.