Slide show: The iconic show's cancellation prompts a trip through the beloved plot gimmicks we could all see coming 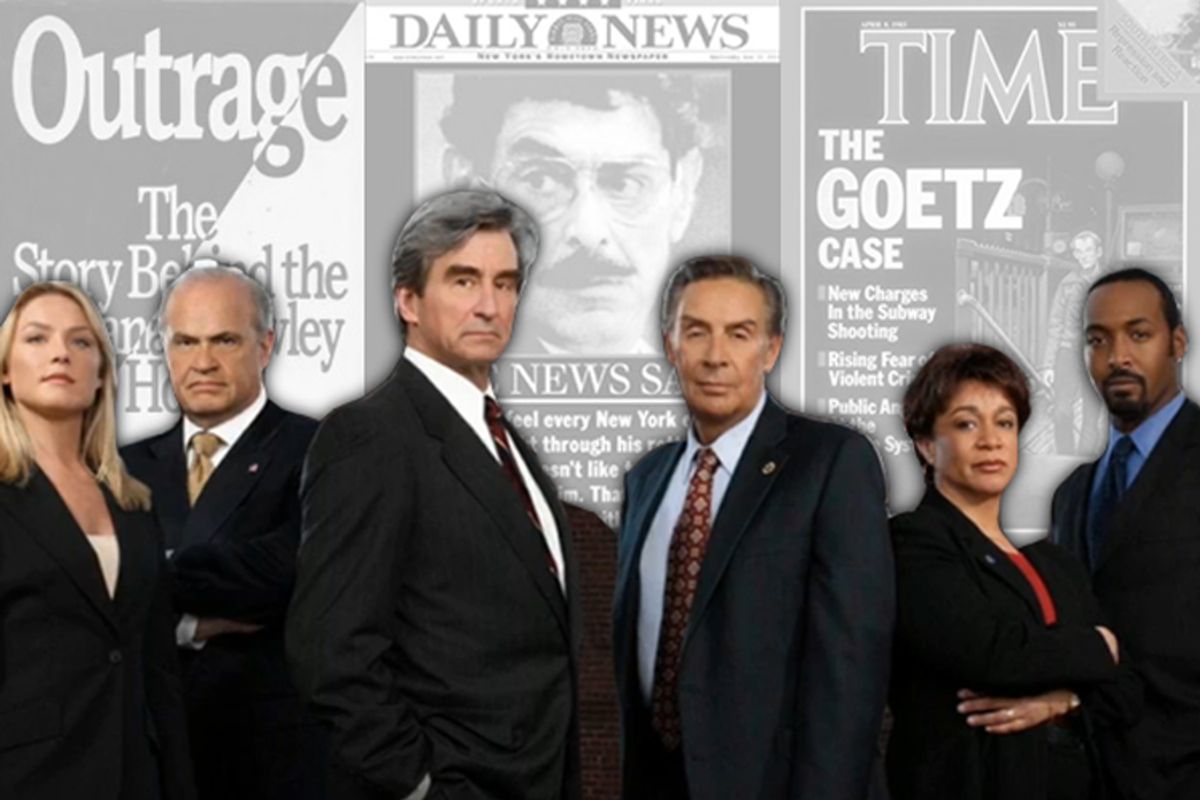 On Thursday, news shot around the Internet: Famous original "Law & Order," aka "the Mothership," aka "L&O: Rasputin" -- canceled? Who thought we'd live to see the day? This is the show that survived the wood laminate known as Elisabeth Röhm, Fred Thompson's presidential aspirations, repeated attempts to bury it in crappy time slots, Rey almost cheating on his wife with Lauren Graham, and the bungling of former NBC head Ben Silverman -- and now, when the channel is desperate for prime-time programming thanks to the Leno debacle, now it gets the heave-ho? It's a television institution!

Not that the Mothership hasn't bumbled off-course somewhat in the last few seasons. But given enough time, "Law & Order" always found its way back to form: a straight-ahead police procedural, populated by self-serious civil servants, their afterthought haircuts, and a smorgasbord of serious issues couched in a reliable formula. "Law & Order" has its weaknesses -- and how -- but the Mad-Libsian predictability of those weaknesses is, weirdly, its greatest strength. Familiarity breeds comfort. And thanks to 20 years and constant syndication, we've all become pretty familiar with the clichés of "Law & Order."

Today, with official word of the show's demise, let's celebrate the 10 greatest of those clichés now!

Sarah D. Bunting is a pop-culture writer in Brooklyn, N.Y. Help her out with the "Briscoe Inferno" video at TomatoNation.com.

Sarah D. Bunting is a pop culture writer in Brooklyn, NY. Help her out with the "Briscoe Inferno" video at TomatoNation.com.