Obama, the reporter and the hovercraft

A new video shows the president's fantastic sense of humor -- and it's a little bit mean! 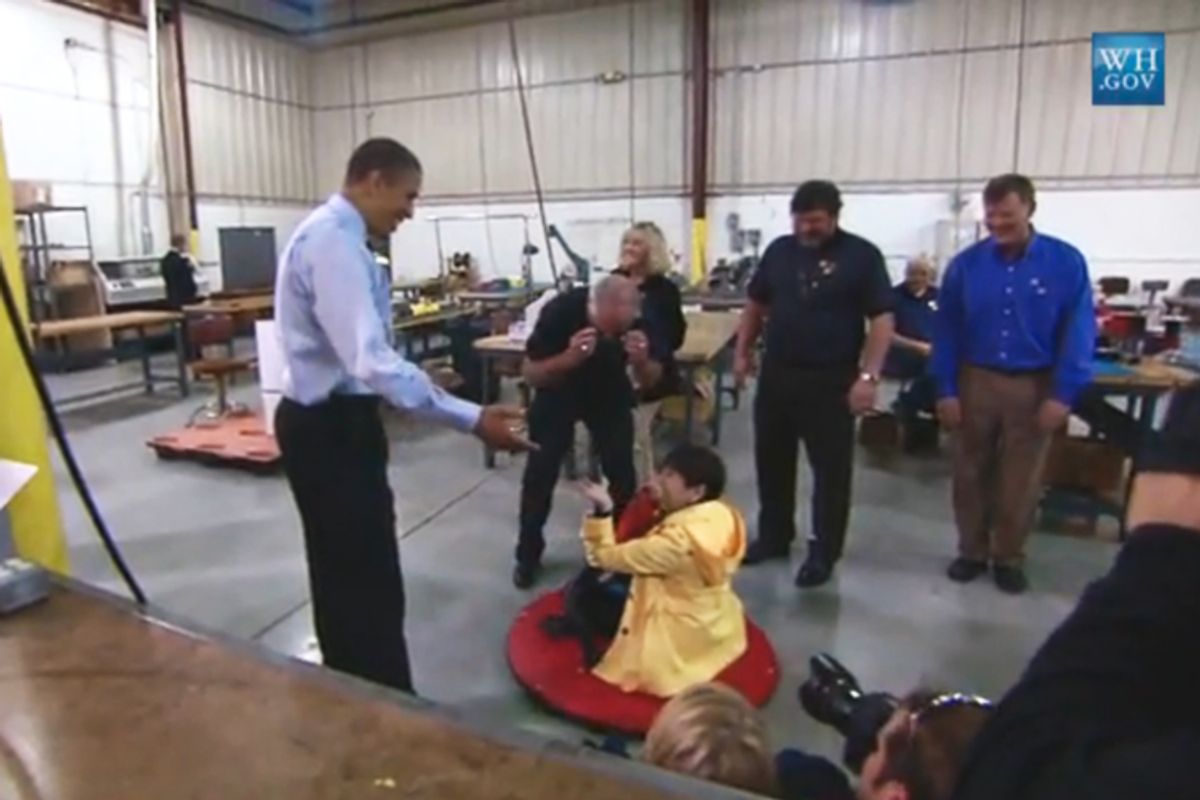 War Room's Alex Pareene wrote about President Obama's bizarre day in Buffalo Thursday. First a woman told the president he was a "hottie" – specifically: "You're a hottie with a smokin' little body"—to which Obama responded with a gracious hug.

Then he visited Industrial Support Inc.with reporters in tow, and when workers tried to demonstrate a new hovercraft sort of thing, Obama declined to try it out – and convinced a skeptical Sheryl Gay Stolberg of the New York Times to get on the thing instead.

Pareene promised video when it was available, but we did something meaner than make him try out a hovercraft today: We sent him to cover the crazy Birther "trial" of Obama at a church in Harlem. So here's the video. The president has a great sense of humor – but it's a tiny bit sadistic, too. (He tries to hug Stolberg at the end, but she's not sure she wants to.)

My other favorite video of the day is here. Happy weekend, everybody!