In this Wholphin short film, austral summer is the season for naked scientists running to the South Pole 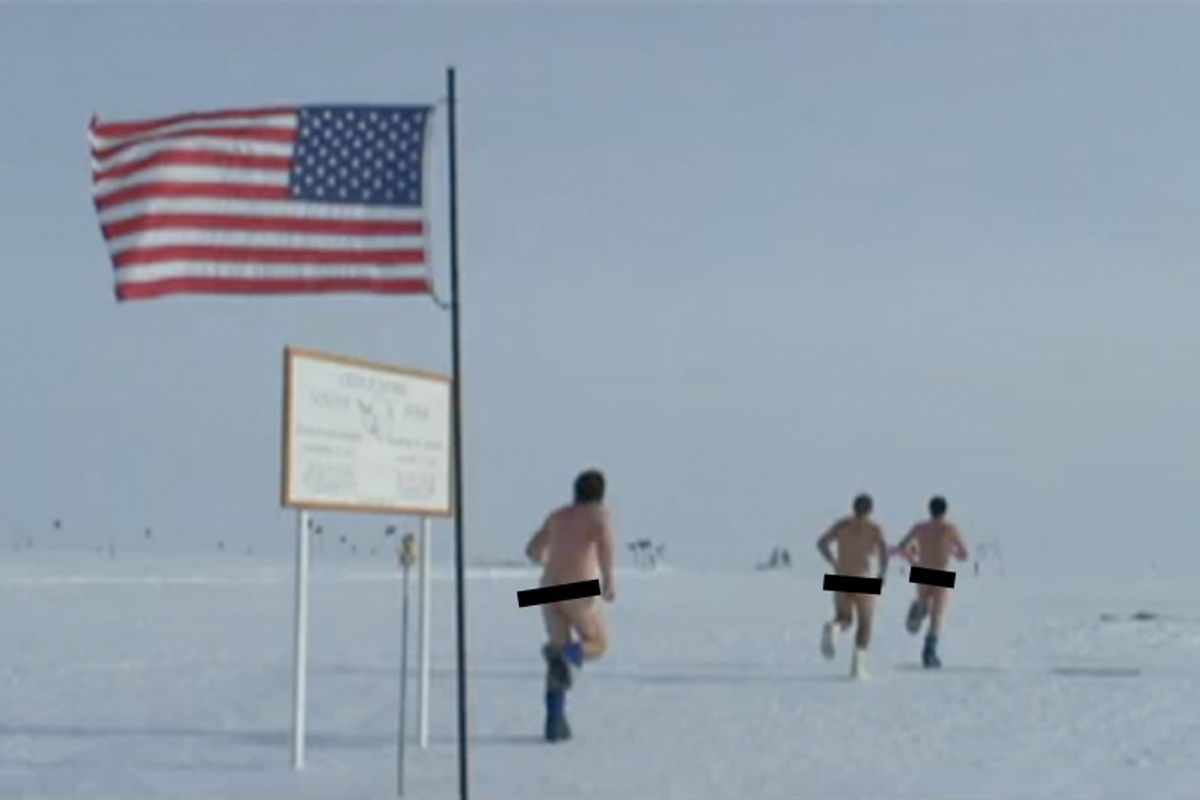 A brief interview with the director

McSweeney's: You shot this on location at the South Pole. What in the world brought you there?

Chris Sheehy: The South Pole is the best site on earth for microwave astronomy. We were down there installing a telescope we built in the United States for looking at the early universe. Everyone in the video is a Ph.D. student in either physics or astrophysics, myself included. There are three different microwave telescopes represented by myself and the people in the video.

Tell us about the 300 Degree Club run.

I have never participated in the 300 Degree run, and this film documents a less extreme version of it. But usually in winter, the first day that the weather gets below -100 degrees Fahrenheit, it's traditional to crank the sauna up to 200 degrees, stay in there for as long as you possibly can, and then run naked from the sauna, out around the Pole, for a total drop in temperature of 300 degrees. Thus the 300 Degree Club. For the last few years, it hasn't dropped below -100, which is kind of unprecedented.

Which pole do you run around -- ceremonial or geographic?

In the video they ran around both of them. But in the 300 Degree Club, almost no one makes it around the pole and back. It's too cold. Although, one of the guys in the video -- Justus Brevik -- he wintered over at the Pole four or five years ago, and he's a certified 300 Degree Club member.

Why would you ever do this?

It's actually amazing how much there is to do at the South Pole, considering how remote it is. But when you're there for three months, playing foosball every night, you have to start manufacturing your own fun.