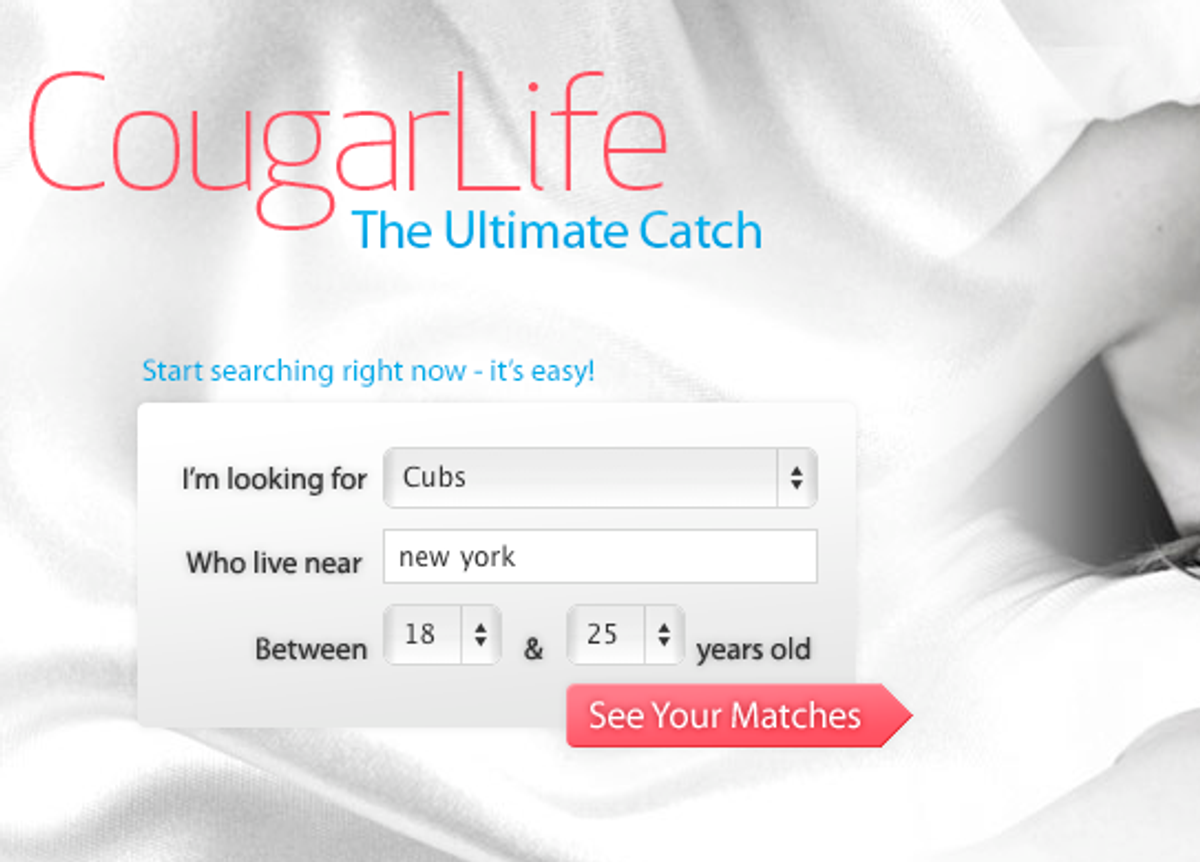 Cougars are "non-family safe" according to Google. The search giant recently yanked advertisements for the dating website CougarLife after labeling its text and banner ads as "adult" content. But, CougarLife founder Claudia Opdenkelder points out that ads for inter-generational dating sites that target older men -- particularly "sugar daddy" services -- haven't been censored by Google. The 39-year-old Canadian told the National Post, "It's a huge double standard and I think women should just be appalled."

The Post describes the ads in question as "featuring photos no less innocuous than a man or woman smiling accompanied by the words, 'Think all the good guys are taken?'" A spokesperson for Google explained that certain trigger words -- she declined to say whether "cougar" was one of those -- can lead to a banned ad. She added that a company's landing page can also get an advertiser in trouble. As Mashable explains, though, CougarLife's landing page features "fairly innocuous" images and defines cougars as "classy, confident women that already possess many of the finer things in life -- but now want the young, hot guy to go with it."

Compare that to the copy found on the landing page of one of the Google-approved "sugar daddy" sites: "Sugar Babes are college students, aspiring actresses or someone just starting out. You seek a generous benefactor to pamper, mentor and take care of you -- perhaps to help you financially?" It's an odd double-standard, right? Mashable's Jolie O'Dell puts it perfectly when she asks,"Would you rather have your kids know that mature ladies can be desirable to cute young guys, or that college girls can get their bills paid by having sexual relationships with older men? One message seems fairly sex-positive, and the other just creepy."

There is an upside to all this for CougarLife: As we've seen before, calling attention to rejected spots can get advertisers more attention than they could actually ever buy.