In Arkansas, Blanche Lincoln's enemy is the runoff

She's going to get the most votes on Tuesday. But that doesn't mean she'll win 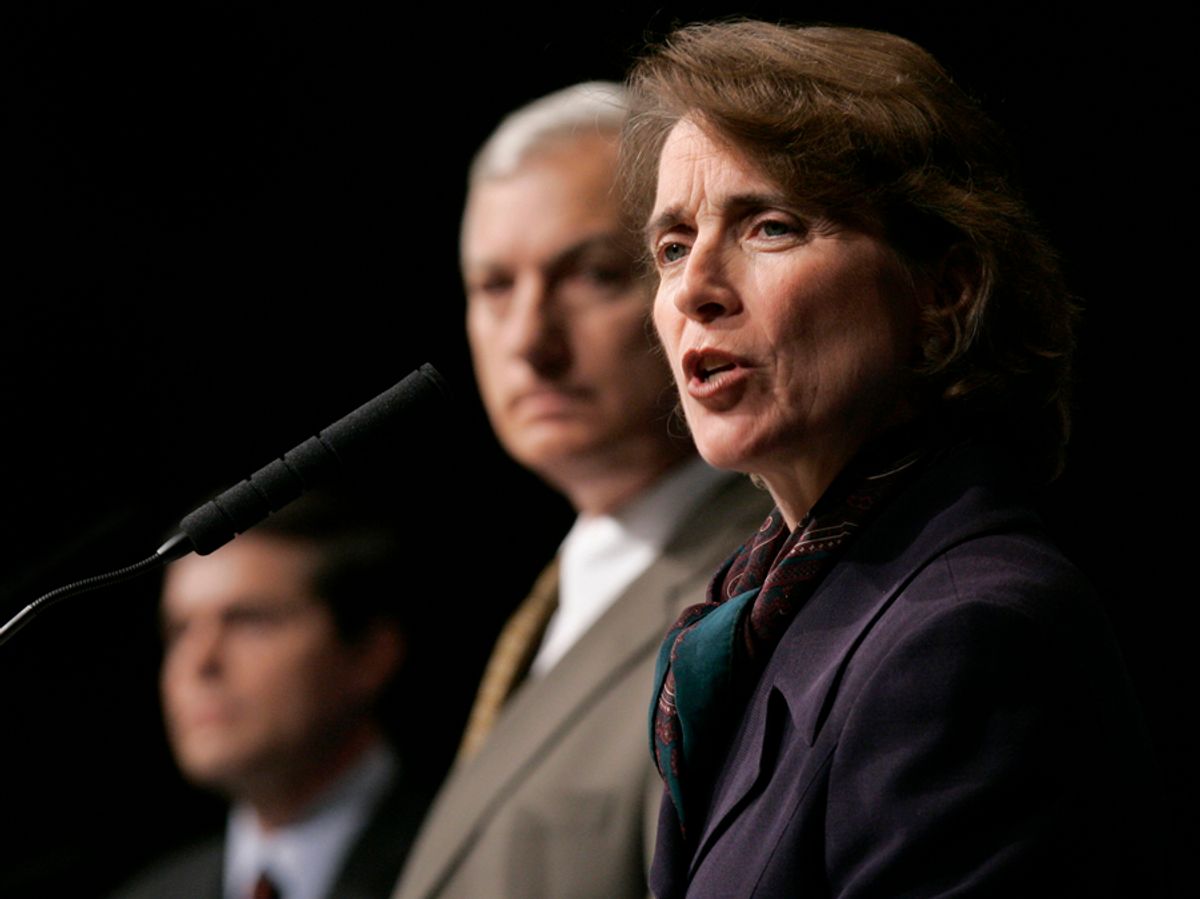 There are three big contested Democratic Senate primaries on Tuesday, and two of them -- in Pennsylvania and Kentucky -- are looking like tossups. But in Arkansas, where two-term incumbent Blanche Lincoln is being challenged from the left by Lt. Gov. Bill Halter, one candidate seems to have a clear advantage: Lincoln.

Lincoln's lead in the most recent polls tends to be in the 10-point ballpark. She was ahead of Halter 46-37 percent in a Research 2000 poll this week and 44-32 in a Mason-Dixon survey two weeks ago. Her real challenge on Tuesday, though, isn't to outpoll Halter -- it's to clear the 50 percent mark, in order to avoid a runoff. (Arkansas is one of 10 states, almost all located in the South, that requires the top two finishers in a primary to go to a runoff if nobody breaks a certain percentge.)

In a two-person race, the winner would, naturally, break 50 percent. However, unbeknownst to many national observers, this is a three-person race: The other candidate is D.C. Morrison, who’s been running to Lincoln’s right and employing a variety of Tea Party-ish talking points. Morrison polled at 6 percent in the Research 2000 survey and at 7 in Mason-Dixon's.

Two factors will decide whether Lincoln avoids the runoff.

The first is what happens with Morrison's supporters. "Third wheels" in races usually poll much better in advance of an election than they do when the votes are actually cast. Most voters, it seems, make a last-minute tactical decision not to "waste" their vote. A recent example of this came last November in New Jersey, where independent Chris Daggett, who had often polled near 20 percent, finished with 6 percent. It seems logical to assume that Morrison’s votes will disperse to Lincoln, as she’s considered more conservative than Halter. But it also may be that Morrison's voters are motivated less by ideology and more by anti-incumbent fervor in this agitas-filled year. Thus, they may instead gravitate toward Halter as a protest vote against Lincoln and Beltway politics in general.

The second issue involves the "incumbent rule," which holds that those who are still undecided at the end of a campaign (11 percent of the Arkansas Democratic electorate, according to Research 2000) tend to break for the challenger. There is some validity to this, but in most cases only a majority of undecideds -- not anywhere near all of them -- break for the challenger. More important, analyses of the "incumbent rule" suggest that it's weakening over time. It was, in fact, broken in both George W. Bush's 2004 reelection campaign and in Joe Lieberman's 2006 Senate run.

This all suggests that Arkansas will, in fact, be a nail-biter on Tuesday. Halter should finish comfortably ahead of Halter. But whether she can bump her current support past the 50 percent mark will be a game of inches.