A new book explores the sexual chemistry of our feathered friends, from swans to "March of the Penguins" 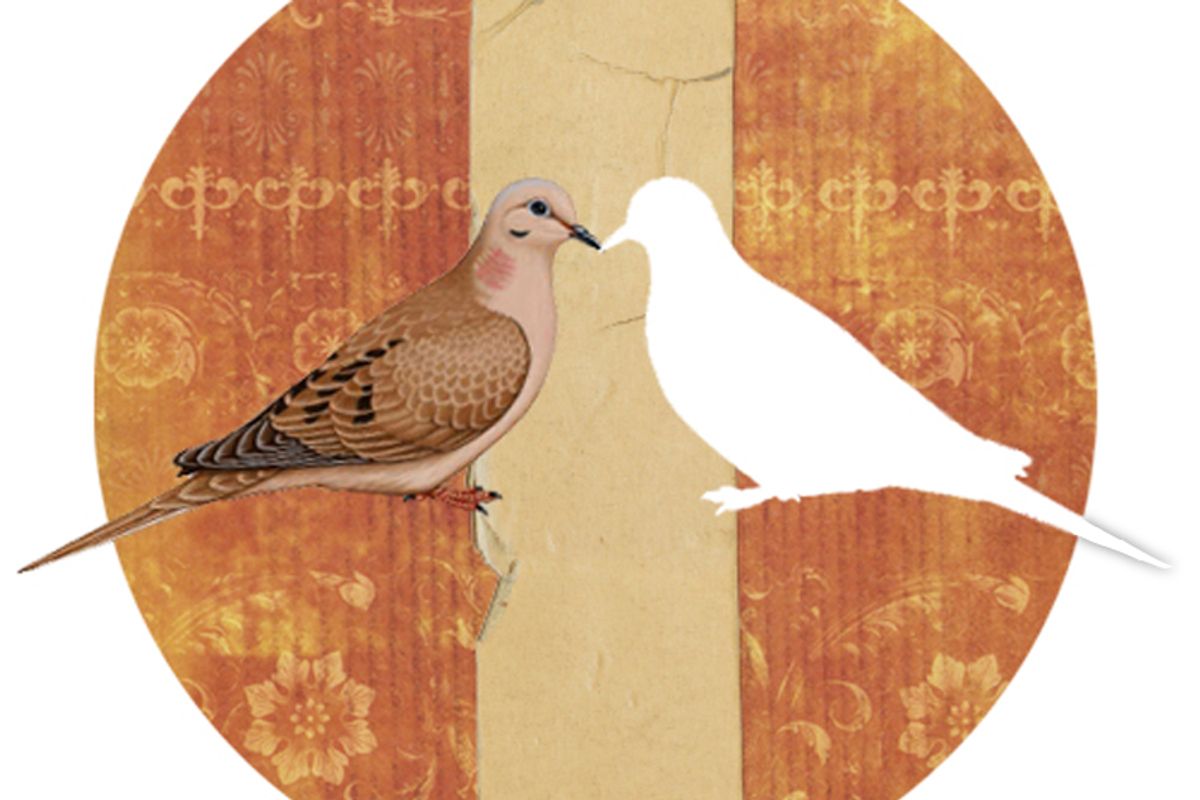 In 2005, "March of the Penguins," Luc Jacquet's documentary about a year in the life of emperor penguins, became a surprise cultural phenomenon. The film, which grossed $77 million  in the U.S., captures the epic sacrifices these birds make to protect their eggs: trekking 70 miles over ice to mate, then fasting for four months in total darkness while enduring Arctic temperatures of minus 80 degrees. Audience members were entranced by the film's central "love story" -- even if, some argued, it wasn't entirely accurate.

But Bernd Heinrich, a renowned naturalist and emeritus professor of biology at the University of Vermont, argues in his eye-opening new book, "The Nesting Season: Cuckoos, Cuckolds, and the Invention of Monogamy," there's little reason to suspect birds don't fall in love just like we do. Love, Heinrich writes, is an adaptive feeling that many animals share, one that causes them to act irrationally for the sake of reproduction. He suggests monogamy among birds evolved in a similar way, as a sexual strategy for rearing young in demanding environments.

Drawing heavily on personal observations and evolutionary biology, Heinrich, the author of 14 previous nonfiction books, sheds light on a wide array of subjects, from the prevalence of lesbian albatross in Hawaii to the peculiar dynamics of bird sex. And though he admits birds may love one another, we shouldn't necessarily look to them for ideal "family values." Australian malleefowl, he writes, bury their children in mounds of rotting vegetation and leave them for dead.

Salon spoke with Heinrich over the phone about our misplaced admiration for penguins, bird promiscuity, and how, exactly, birds actually have sex.

When I talk about penguins experiencing love, I'm talking about mechanisms that we have for attachment, for reproduction. And I don’t think that’s anthropomorphizing at all. It's not any more of a generalization than saying the muscles of a bird act the same way in moving a limb as they do for us. Of course, attachment is going to be very different between species, just as it is between individual humans.

But when I wrote as much in my Op-Ed on "March of the Penguins" for the New York Times, many readers rejected the idea of love as a chemically induced state of mind that many animals share. One reader seemed threatened by the idea that humans might not be special, that they might be just another animal. He felt love was an exalted feeling that only humans can have. Yet most biologists simply look at a trait’s functional aspects: what it does, what it's for, why it evolved. We're interested in the differences, of course, but also in the things we all have in common.

Why do you think "March of the Penguins" was such a hit?

Because people recognized aspects of our own behavior in them, for one. But I think it's a mistake to see them as archetypes of virtue, as many viewers did, because by that measure you'd have to hold up others as archetypes of evil. The male bird of paradise, for example, will mate with anything that comes along every few minutes. So if you hold up a penguin as something to emulate, then why not a bird of paradise? It's not that penguins are nicer or better than birds of paradise -- they're just penguins. As humans, we tend to impose a moral framework on animal behavior, as we do on our own. We value that which doesn’t put a burden on society. But birds don’t have morals in the sense of emotional pressures to act in a certain way. They are what they do, and do what they are.

We have this idea that many birds, like swans, for example, are these ideals of monogamy. Is this true?

Monogamy among birds is mostly social monogamy, in that they will pair off, but they won’t necessarily be sexually monogamous. Some of them are, of course, but most try not to be, as there are certain advantages to being not monogamous. Monogamy is often forced upon birds because of certain conditions. Mates might be scarce, say, and it's safer to have a mate around. Or a female needs a mate to keep the offspring alive, to make sure all the courting and mating and nesting hasn’t been a big waste. It takes a lot of resources and help to raise baby birds -- so the parents have to have a lot of investment. Social monogamy works for food and protection, especially in the case of geese or birds of prey.

So no, most birds are not monogamous. But monogamy is relative. It differs not only between species but within species as well, and often according to gender. Male birds of paradise are extremely promiscuous, whereas the females are extremely picky. They may only mate once in a breeding cycle, while a male will mate with hundreds of females and at any time. But then there are precocious birds, like ducks and quail, whose females manage to do all the feeding themselves, so a male isn't really required.

So are birds more biologically inclined to have sex with multiple partners than to be monogamous?

Well, you have to talk about individual species. With most birds, the couples break up after the breeding cycle and often re-pair at the next breeding cycle. But that may only be a consequence of them coming back to the same nest site. If somebody else shows up, they'll mate with them instead. And some birds are not at all polyamorous. Ravens, for example, stay in pairs year round. That's unusual.

Right now, in Vermont, I see lots of geese that didn't get to breed, but they remain in pairs. They may not be all over each other, but they're definitely together. I've seen them pair up a year or so before they even start to nest and then stay together year after year, unless something happens to the mate.

How do birds actually have sex?

In most birds sex consists of a couple seconds of cloacal contact [the cloaca is an opening on both male and female birds' posteriors]. During the act itself, the female will hold her tail aside, and the male bird will sort of bend over backwards while balancing himself on her back. Some birds have penises -- like ducks, ostriches and ravens -- and other have an intermittent organ that acts like a penis, though it's embryologically derived from something else. For about 97 percent of the year, most birds are not having sex with each other. But again, with birds of paradise, if females keep arriving that window might be extended for months. And in the tropics, the breeding season is extended.

Some birds even sneak their eggs into the nests of others. That doesn't sound terribly virtuous.

Cuckoos specialize in that kind of thing, to relieve themselves of the burden of raising a baby. It's the equivalent of leaving a child on someone else's doorstep. The hosts try to resist it, of course, since there's no advantage to them to raise somebody else's young, especially if it's going to be very hungry and bigger than their own. Thus, it takes teamwork to get that egg in there.

What do you think is the biggest mystery about birds that we haven't solved yet?

Well, we understand a lot about migration, and some of the physiology that's involved. We know they navigate by the stars and by landmarks and the sun, and use magnetic orientation. But we still don't know how they can find the pinpoint on the globe, how they can return to the same hedge in New England after flying down to Central America. The accuracy is pretty uncanny. A lot of their behavior is inscribed on their genes. Birds in particular have very specific behavior as to how and where the nest is built, the ecology of where they live, how they catch food -- all of it is somehow inscribed on their genes. How you get from a series of base pairs on the DNA to what kind of worm or fly a bird is going to eat is a huge mystery.