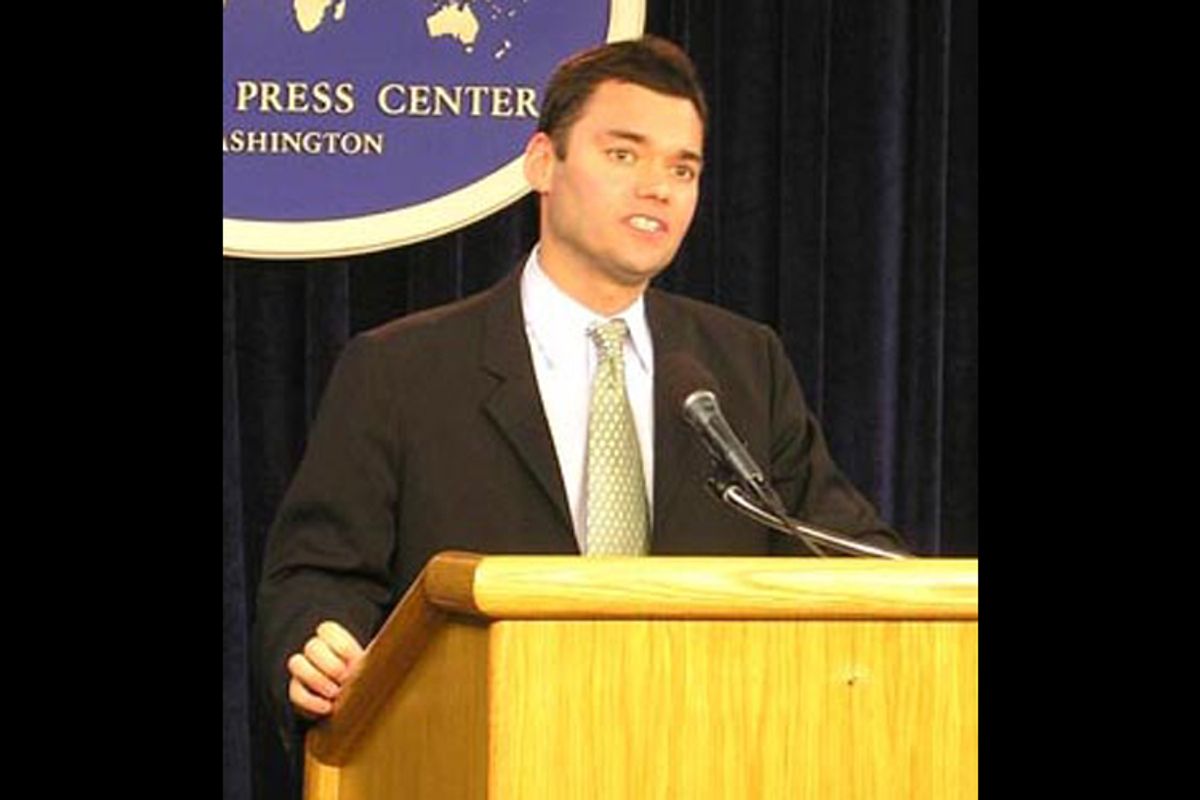 Not too many years ago, the Washington establishment welcomed Peter Beinart as one of those journalists who could be relied upon to fashion liberal arguments for conservative policy -- notably the invasion of Iraq, a fiasco that forced him to think again.  That personal history, however regrettable, clearly equipped the former New Republic columnist, who now writes for the Daily Beast, with an acute ability to detect bad faith among those with whom he once made common cause.

Now he has published a courageous and carefully reported essay for the New York Review of Books on the relationship between American Jews and the state of Israel, questioning the mythology that now sustains those ties as the Jewish state veers further and further rightward. As an Orthodox Jew and a committed democrat, Beinart asks how long the American Jewish leadership will continue to deceive itself about the nature of the Netanyahu government, the ideology of the settler movement, and above all, the alienation of young American Jews from the Zionist project. He sharply identifies the contradictions between the traditional liberal rhetoric of Israel’s friends and supporters in the United States and the actual policies and platforms of the Israelis in power.

He musters the evidence that the Jewish leadership here is tacitly encouraging the likes of Knesset member Effi Eitam, who said in 2008 that "we'll have to expel the overwhelming majority of West Bank Arabs from here and remove Israeli Arabs from political system," and Avigdor Lieberman, Netanyahu’s extremist foreign minister:

In theory, mainstream American Jewish organizations still hew to a liberal vision of Zionism. On its website, AIPAC celebrates Israel’s commitment to “free speech and minority rights.” The Conference of Presidents declares that “Israel and the United States share political, moral and intellectual values including democracy, freedom, security and peace.” These groups would never say, as do some in Netanyahu’s coalition, that Israeli Arabs don’t deserve full citizenship and West Bank Palestinians don’t deserve human rights. But in practice, by defending virtually anything any Israeli government does, they make themselves intellectual bodyguards for Israeli leaders who threaten the very liberal values they profess to admire.

After Israel’s elections last February, for instance, Malcolm Hoenlein, executive vice-chairman of the Presidents’ Conference, explained that Avigdor Lieberman’s agenda was “far more moderate than the media has presented it.” Insisting that Lieberman bears no general animus toward Israeli Arabs, Abraham Foxman, national director of the Anti-Defamation League, told the Jewish Telegraphic Agency that “He’s not saying expel them. He’s not saying punish them.” (Permanently denying citizenship to their Arab spouses or jailing them if they publicly mourn on Israeli Independence Day evidently does not qualify as punishment.) The ADL has criticized anti-Arab bigotry in the past, and the American Jewish Committee, to its credit, warned that Lieberman’s proposed loyalty oath would “chill Israel’s democratic political debate.” But the Forward summed up the overall response of America’s communal Jewish leadership in its headline “Jewish Leaders Largely Silent on Lieberman’s Role in Government.”

Of course, Israel—like the United States—must sometimes take morally difficult actions in its own defense. But they are morally difficult only if you allow yourself some human connection to the other side. Otherwise, security justifies everything. The heads of AIPAC and the Presidents’ Conference should ask themselves what Israel’s leaders would have to do or say to make them scream “no.” After all, Lieberman is foreign minister; Effi Eitam is touring American universities; settlements are growing at triple the rate of the Israeli population; half of Israeli Jewish high school students want Arabs barred from the Knesset. If the line has not yet been crossed, where is the line?

This is a clarion call from an unquestionable friend of Israel, hoping to at last awaken the American Jewish community to the dangers of the far right that its own leaders have empowered for so many years.