Female artists face one of the toughest balancing acts between work and family. Maybe that's why they're so rare 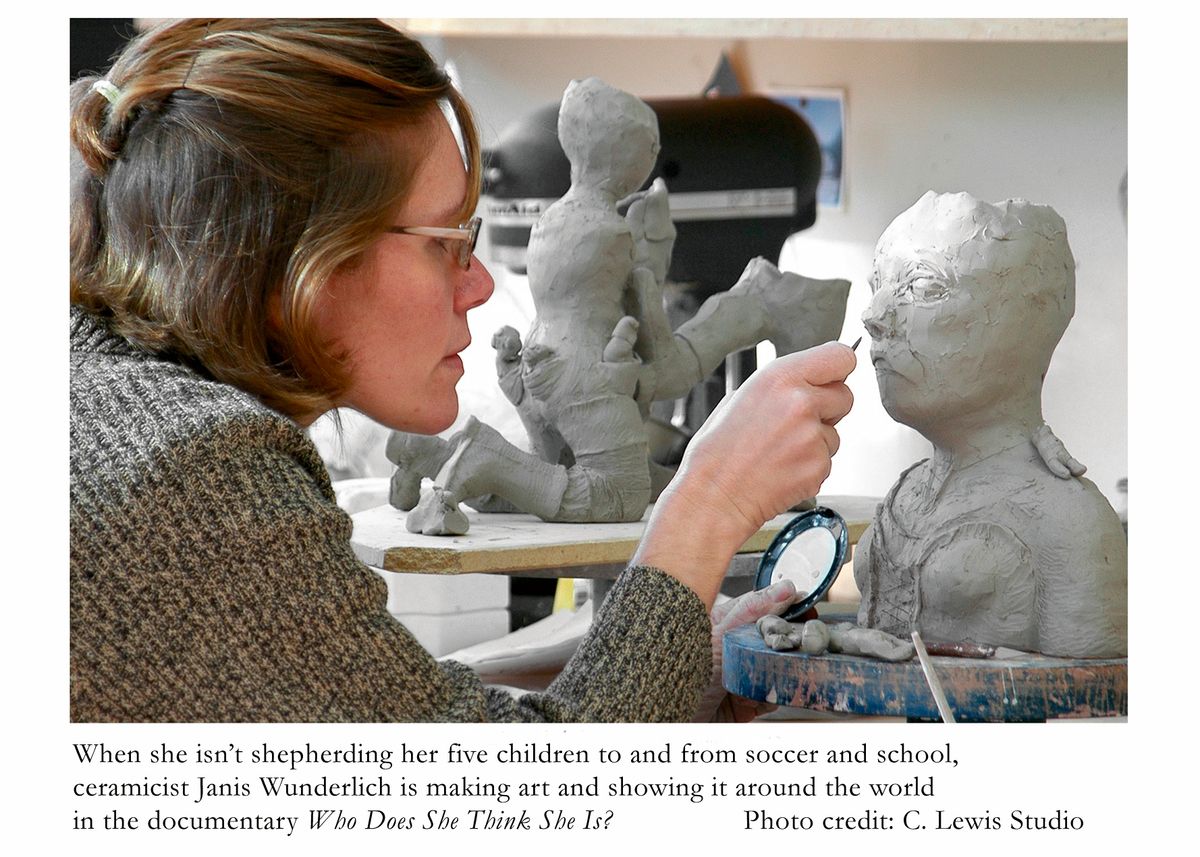 Artist Janis Wunderlich from "Who Does She Think She Is?"
--

Let's be blunt: while about half of trained artists in the U.S. are female, women make up two percent of the artists featured at the National Gallery of Art and seven percent at the National Portrait Gallery. Think the dissonance merely reflects history? At the Hirshhorn Museum, which specializes in contemporary art, women are five percent of featured artists. The pattern is paralleled in other art forms as well -- consider the eleven female winners of the Nobel Prize for Literature over the last 100-plus years.

Pamela T. Boll sought to explore the suspicion of women who make art -- especially when those artists are mothers -- with her documentary, "Who Does She Think She Is?" Boll's film follows the lives of five dynamic and very different women who struggle to carve out space for their voices through art, despite societal and family pressure to back off. Rather than abating since the film's 2008 release, the conversation it's instigated is only heating up, thanks to passionate fans that spread word of it around the world. In just the last couple months, the film has played at college campuses, fundraisers, community screenings, PBS New York, and film festivals across the U.S. and Canada, as well as Liberia and the UAE. As well, "Who Does She Think She Is?" is gathering grassroots momentum with house party kits, which include copies of the film, invitations, and notecards featuring illustrations by the featured artists and provocative statements from the film to start the discussion.

Broadsheet spoke with Boll on her rare day off about women, the arts and what it'll take to change the trajectory of centuries of bias.

The tension between women who are mothers and who have careers has been around for a long time. What's unique for women who are artists rather than, say, business executives?

The biggest difference is that in the arts, there's no guarantee for success. Even if you're working at Wal-Mart, if you show up, you get paid. In the studio, you don't. It's very risky business. You have to create your own life and have a very strong understanding about what your have to offer. There will be a lot of people telling you that you're just fooling around. Society just doesn't consider an artist's work as "work" -- just like motherhood isn't often acknowledged as being real work. One learns an awful lot about being human when they put themselves out there in song or in story, but we just relegate it to "entertainment." And at the same time, society still sees women as Madonnas or whores. We're still dealing with that. We're still bitches if we speak up. In my film, I'm trying to heal the split.

You said that the film engenders discussion. What kind of responses are you hearing?

A lot of people are so touched because they feel alone in their struggle to have a voice in the world. They are singers, writers, and they feel lonely. To see their story validated by this film is meaningful. And it's been great to be the person to be able to do that for people.

While I focus on women in the film, I've noticed that there seems to be more and more men too. They tell me that they only came [to a screening] because of their wife or girlfriend or sister or whatever, but they say, "This film applies to my life too." One man sent me a message saying the film was one of the most loving depictions of the human dilemma that he's seen. While I approach that dilemma from a woman's perspective, I love that these men are able to enter the story and see themselves in it.

What would you like to see change in the art world, particularly as it relates to women?

We just need to hear from more of them. The main thing is that museums have this idea that they are bias-free, and that's just not true. This film and others point it out. Art of birthing and the womb shouldn't be relegated to a women's exhibition that appears once every three years. The art world takes the human experience of caring for a child and relegates it to the "other" place. They say, "Oh, that's 'mother art,' let’s put that in a special exhibition."

The fact is, when women's work is next to a man's, it is automatically assumed that it won't increase in value. We need to shake up the art world. Ask artists to keep going. Maybe create more cooperative art places. Artists should definitely put their work on the Internet, which can be a more democratic place. We need to keep persisting and paying attention -- I came of age in the late '70s and even then there was a women's column and a man's column for jobs. It's only been a very short time that we've been on a path to honor both sexes.