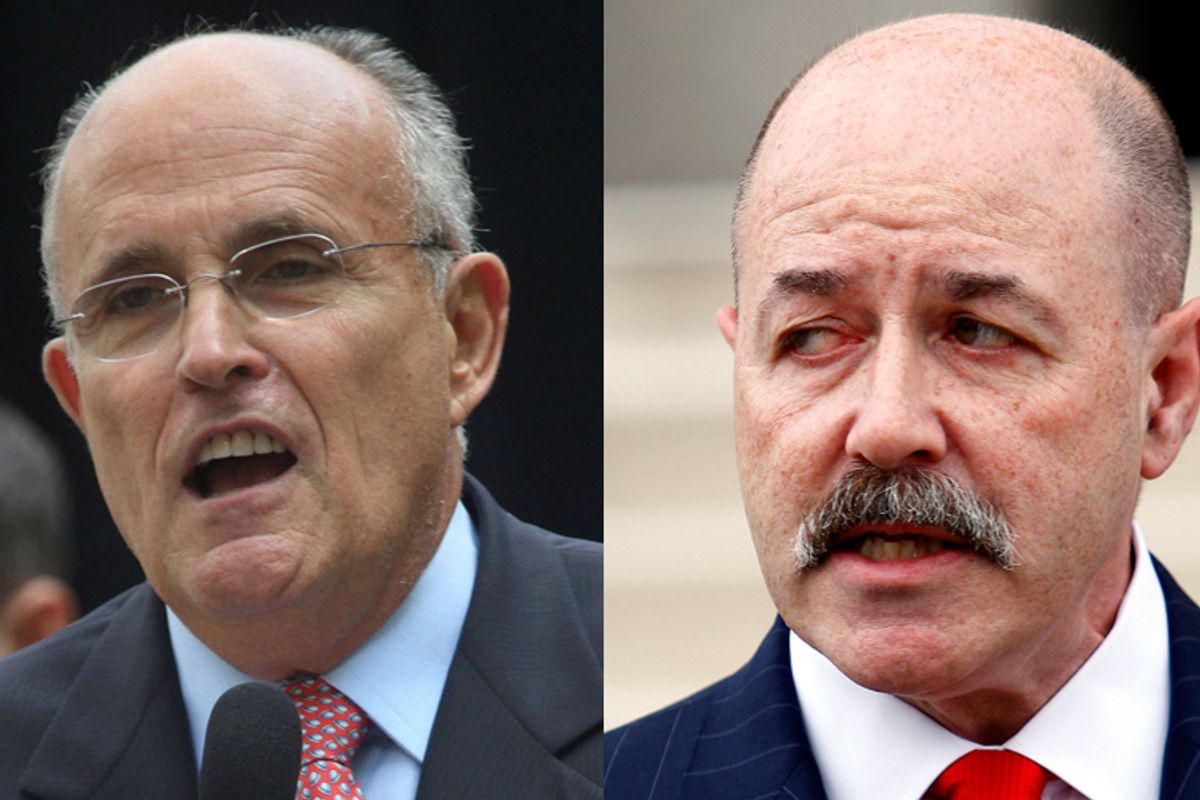 How serious is Rudy Giuliani about 2012? According to Maggie Haberman, he's going to New Hampshire next month. There's only one reason anyone goes to New Hampshire: He wants the Republican nomination for president.

Giuliani, the former New York mayor and noted "Nasty Man," already ran for for president in 2008. Oddly, he found that GOP primary voters didn't much care for a twice-divorced cross-dressing New Yorker who used to be friends with gay people. After his brilliant campaign strategy of not campaigning and then losing Florida failed, he skulked back into the shadows, waiting for the day when America needed a hero.

Now, there's an Obama administration to call "soft on terror," and he's on Fox practically hourly reestablishing his fear-mongering credentials. He's turned against his former gay friends. He's the official Republican authority on national security, because some terrorists once blew up his office. He keeps flirting with Senate and gubernatorial runs (though he couldn't win a statewide election in New York to save his life), and though his friends tell Haberman that he probably won't run for president again (he's supposedly just in it for a Cabinet post) the man has the heart of a tyrant. He'll be up there with Mitt and Huck and Ron Paul in 2012. Only to fail, disastrously and hilariously, yet again.

Rudy's star was once so bright in the Republican establishment that his good friend and police commissioner Bernie Kerik was appointed to a high-level position in the post-invasion Iraqi occupying government, and then nominated for secretary of Homeland Security -- all despite the fact that he is and always was a lying, mobbed-up, amoral scumbag.

Kerik is headed to federal prison today, for tax fraud and "lying to White House officials." Assuming good behavior, he might get out in time for President Giuliani's inauguration.