Some evidence of danger, but researchers say it's still impossible to tell how high the risk is 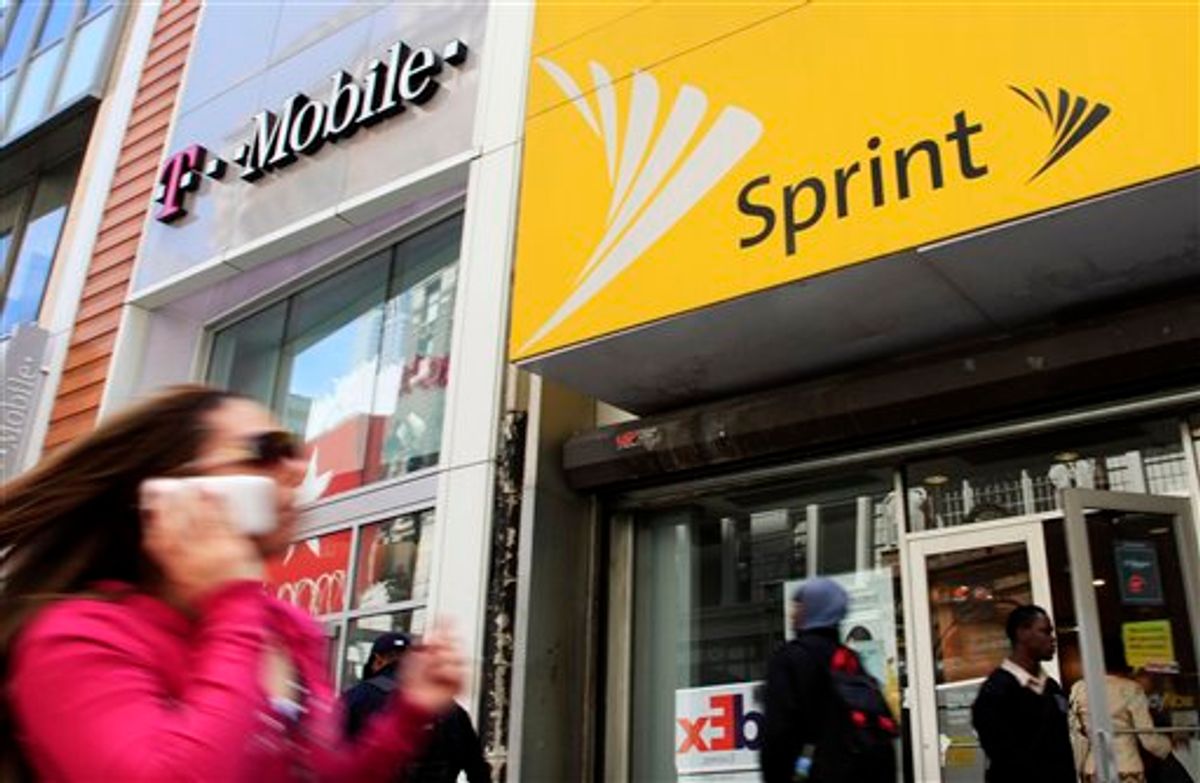 If there's one lifestyle tool that's ubiquitous, from American cities to remote villages of the developing world, it's the mobile phone.

Can they also be deadly?

The frustratingly unresolved debate erupted again this week with the release of a $24 million U.N. study spanning a decade and covering 13 nations that suggests frequent cell phone use may increase the chances of developing rare but deadly form of brain cancer.

Worryingly, since glioma has a potential latency period of a quarter century -- longer than cell phones have been in widespread use -- even the study's authors say there is no way yet to tell how big the risk is, if there is one.

Experts were nearly unanimous in saying the results of the study are inconclusive. But the fact that it turned up even some evidence of a cancer risk may have profound consequences for a device that people have become accustomed to seeing as extensions of themselves.

From farmers in Africa who rely on cell phones to check crop reports to hedge fund traders obsessively checking Blackberries at trendy restaurants to suburban American kids spending hours calling their friends -- people around the world have come to rely on mobile phones as never before.

Cell phones send out radioactive energy in a form that's similar to the one used in microwave ovens, but at very low levels. There is no accepted theory to explain how or if these weak radio waves can affect the body, beyond heating it to a very small degree.

All the same, U.S. and European regulators already limit the energy cell phones can project into the body and today's digital phones radiate less power than the analog phones that dominated in the early '90s. Common advice for those concerned about the radiation is to use a Bluetooth headset, since these emit even less power.

The survey conducted from 2000 to 2010 of almost 13,000 participants -- the biggest ever of its kind -- found a 40 percent higher incidence of glioma among the top 10 percent of people who used their mobile phone most.

A lesser spike of 15 percent was observed with meningioma, a more common and frequently benign tumor.

Researchers ignored the time spend using handsfree devices, keeping the phone in a pocket or beside the bed at night because even a distance of 4 inches (10 centimeters) reduces the amount of radiation to the brain to almost zero.

But because cell phone use has boomed during the 10-year period studied, the researchers' definition of heavy use as 30 minutes of calls or more a day is now common.

"The users in the study were light users compared to today," said Prof. Elisabeth Cardis of World Health Organization's International Agency for Research on Cancer, or IARC, which organized the study.

The highest risk found was for tumors on the same side of the head as users held their phone, particularly for tumors in the temporal lobe closest to the ear, Cardis told reporters in Geneva on Monday. "This is the region of the head which receives the most exposure."

Despite this evidence pointing to a link between cell phone use and tumors, the 21 researchers involved in the study disagreed on the conclusion, in part because of flaws in the way the surveys were conducted.

For example, the study appeared to show that casual users had a lower risk of getting cancer than people who didn't use cell phones at all, a result the researchers described as "implausible" and blamed on methodological problems.

The message? The researchers refused to rule out that cell phone use causes brain cancer but wouldn't say it does either.

"We can't establish without any doubt that there is no link," said Prof. Anthony Swerdlow of Britain's Institute of Cancer Research, another of the study's authors. But he added that "it seems unlikely that there are large risks that happen soon."

Handset manufacturers and network providers, who paid for about a quarter of the study, have seized on such conclusions as evidence their products were safe.

"The overall conclusion of no increased risk is in accordance with the large body of existing research and many expert reviews that consistently conclude that there is no established health risk from radio signals that comply with international safety recommendations," said Jack Rowley, director of research for the telecoms companies' association GSMA.

The Mobile Manufacturers Forum likewise welcomed the study and insisted their industry "takes all questions regarding the safety of mobile phones seriously and has a strong commitment to supporting ongoing scientific research."

But Christopher Wild, director of IARC, cautioned that the results related to a time when cell phones were much less common than they are now. "This investigation is a victim of the changing patterns of mobile phone use over the years," he said.

Critics contend the study also ignored several important factors such as the slow growth rate of most brain tumors, which can take up to 25 years to develop.

"It is simply too early to detect anything," said Graham Philips of the Britain-based anti-radiation campaign group Power Watch.

Prof. Bernard Stewart, a scientific adviser to Cancer Council Australia, said the study "tells us little about any risk associated with mobile phone use over decades."

"In particular," he said, "insufficient time has passed since mobile phones were introduced to determine whether there is a risk in children."

Cardis acknowledged that with X-rays and atomic explosions the spike in tumors could take up to 30 years to show up, but said it was unclear whether cell phones have the same effect on the body as those forms of radiation.

Most of the estimated 4.6 billion cell phone subscribers around the world today appear prepared to take the risk even without firm assurances that it's safe.

In Copenhagen, student Michaela Vinter, 27, said she wasn't worried about "all the studies" about the use of cell phone and cancer.

"I have heard about this for all the years that I have had a cell phone and I have never heard anything firm about the risk," she said.

The scientists involved in the study plan to publish a comprehensive overview of available research within two years. Separately, researchers are also examining whether cell phone use increases the risk of tumors in the ear's acoustic nerve and the parotid gland, where saliva is produced. Another study will look into the effects of cell phone use on children, who are believed to be more susceptible to the effects of radiation.

"Until stronger conclusions can be drawn one way or another it may be reasonable to reduce one's exposure," said Cardis. One way to do this would be to make calls using a handsfree device.

The IARC study, which was published in the International Journal of Epidemiology, was compiled by researchers in Australia, Britain, Canada, Denmark, Finland, France, Germany, Israel, Italy, Japan, New Zealand, Norway and Sweden. Scientists interviewed 12,848 participants, of which 5,150 had either meningioma or glioma tumors.

There is no similar, large-scale study going on in the U.S., though here have been smaller studies which failed to show links between cell phone use and cancer. The federal government mandates that states collect data on benign brain tumors, at least partly in response to concerns about radiation.