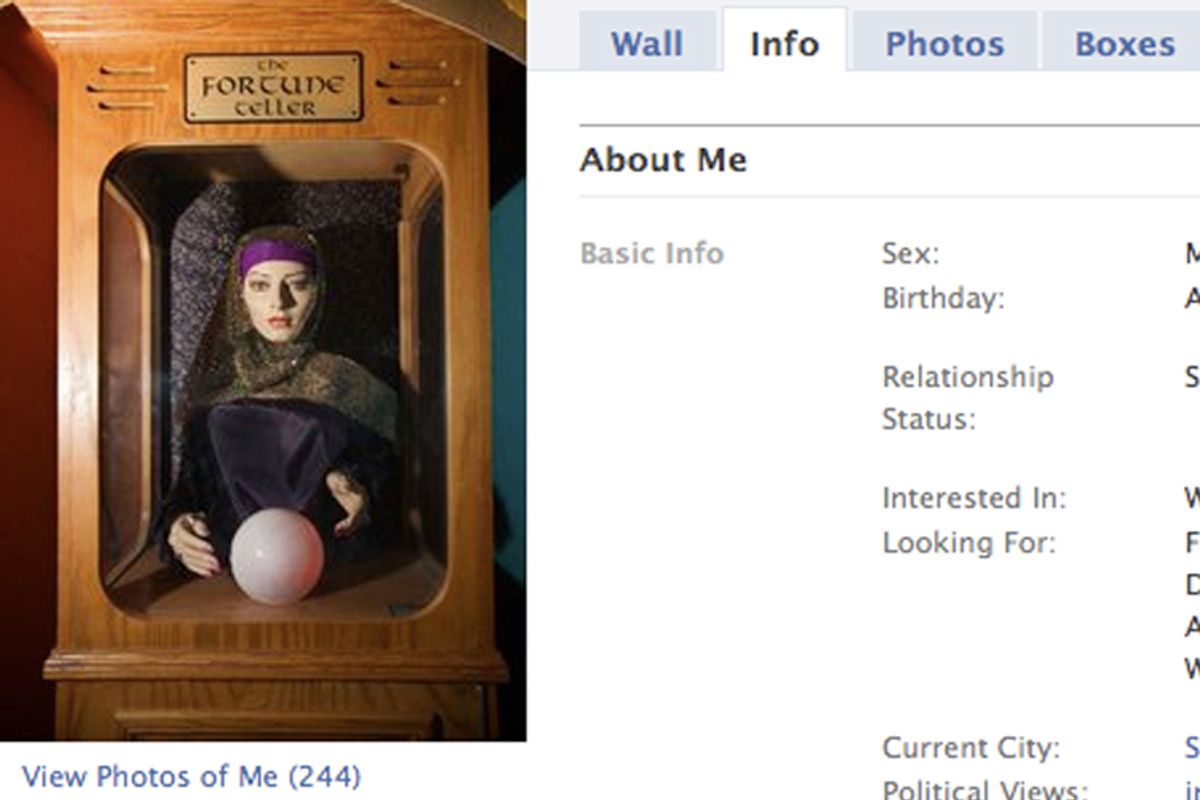 Forget going to a psychic or dating guru to figure out the future of your relationship -- just call up Mark Zuckerberg. A new book, "The Facebook Effect," claims that the site's founder has experimented with ways to predict users' breakups and even reliably guess who a user will end up dating next. According to the blog All Facebook, the book explains:

As the service's engineers built more and more tools that could uncover such insights, Zuckerberg sometimes amused himself by conducting experiments. For instance, he concluded that by examining friend relationships and communications patterns he could determine with about 33 percent accuracy who a user was going to be in a relationship with a week from now. To deduce this he studied who was looking [at] which profiles, who your friends were friends with, and who was newly single, among other indicators.

They can track a user's every keystroke and mouse click on the site. They can see whose profiles you're looking at most often, whose photos you're lingering on. The ways to see into users' lives are endless. Not only do they know far more about you than you likely realize, but Facebook might even be able to recognize things about yourself that even you have yet to realize. This is sure to rile those who are already concerned about their privacy on the site.

That said, you don't have to be able to see behind the scenes or develop a complex formula to tell when a relationship is on thin ice. Flirtatious comments, snippy wall posts between significant others, photos that reveal a certain sadness (or wandering eyes) -- these are all pretty straightforward hints. The same is also true of our non-virtual lives. I can't count the number of times I've watched a friend's interactions with their person of the moment and thought, "They are so over," only to discover two weeks later that, sure enough, they are officially so over. Now that so many of us are living our lives on Facebook, it's only natural that the same rules would apply.