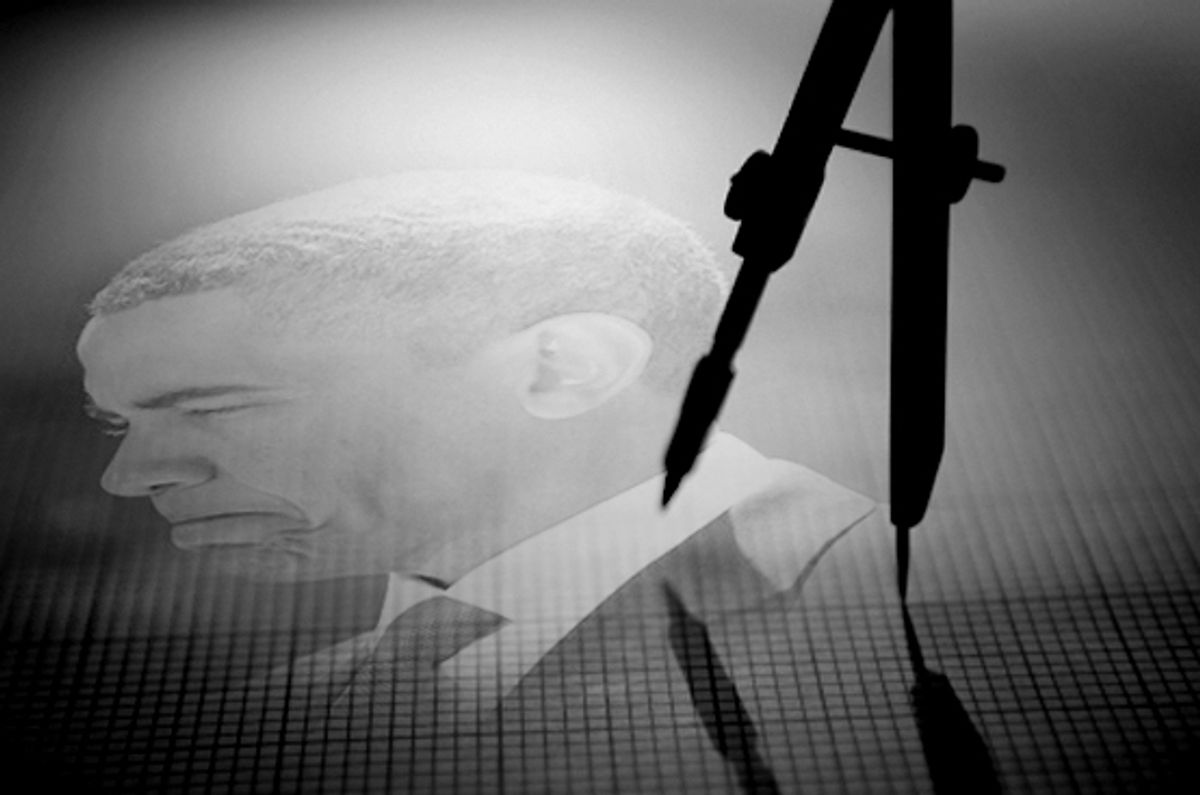 A math teacher at Corner High School in Jefferson County, Ala., decided the best way to teach his students about "parallel lines and angles" would be to have them calculate the best angle to use when firing a gun at President Barack Obama:

"He was talking about angles and said, 'If you're in this building, you would need to take this angle to shoot the president,' " said Joseph Brown, a senior in the geometry class.

While I appreciate the challenges high school teachers face making a dreary subjects come alive, I'm afraid teaching children presidential assassination methods is generally considered inappropriate. The Secret Service paid the teacher a visit, but they did not consider him a serious threat.

This teacher apparently didn't get the memo from ACORN, Media Matters, Tony Podesta, SEIU, and Americorps: According to Obama's indoctrination program, math teachers are only allowed to teach our children the best angles from which to praise and worship the president.

(God, Michelle Malkin would've literally burst a blood vessel if this had happened with Bush in 2006 or something.)