Rep. Mark Souder is an anti-gay marriage Indiana Republican with a wife and a girlfriend 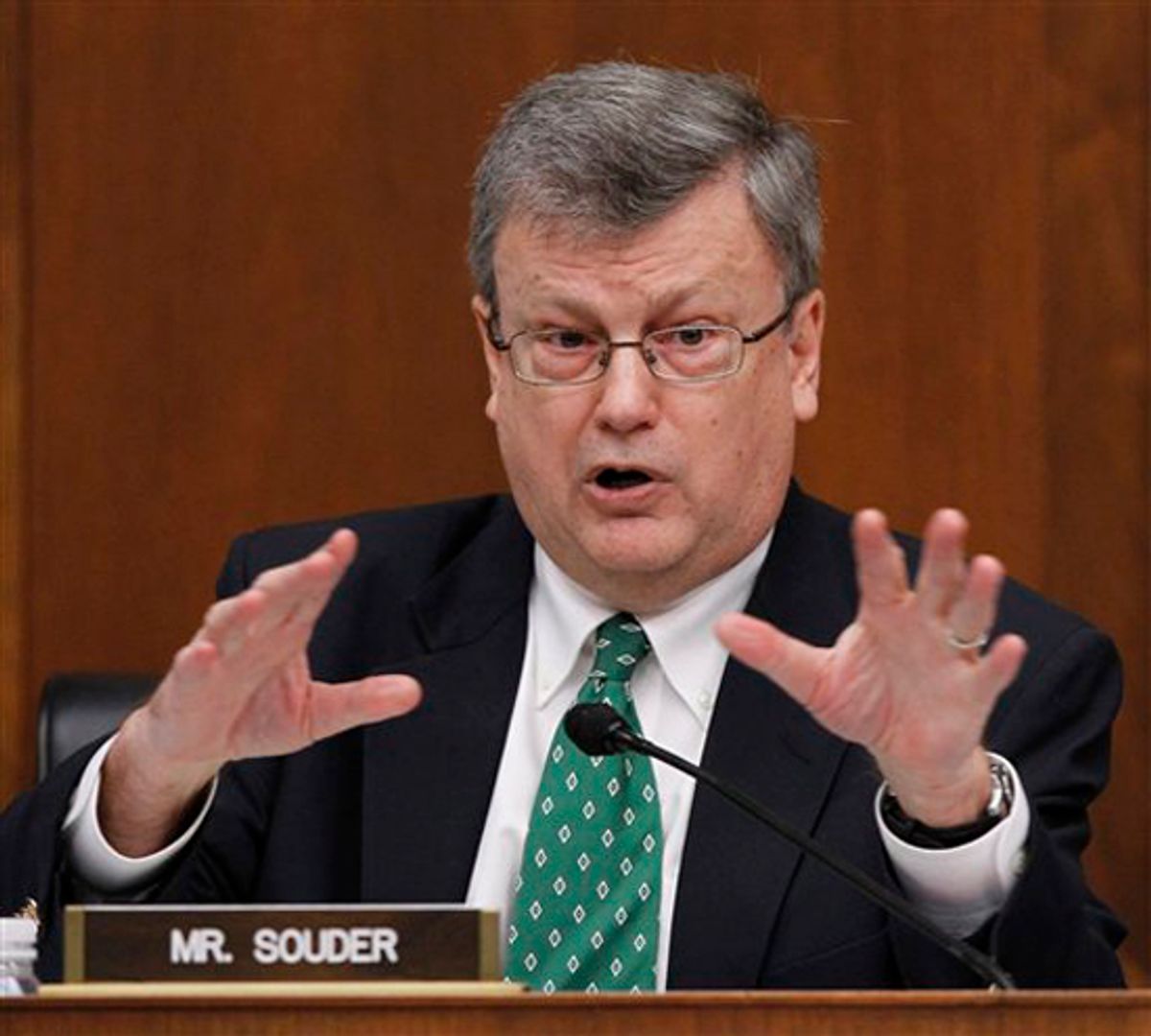 House Oversight and Government Reform Committee member Rep. Mark Souder, R-Ind. is seen on Capitol Hill in Washington, in this photo taken Wednesday, Feb. 24, 2010. Media reports say that Souder has decided to resign from Congress over an affair with a staffer. (AP Photo/Alex Brandon) (Alex Brandon)
--

Eight-term congressman Mark Souder will resign over a romantic affair with a staffer. The Indiana Republican decided to step down rather than deal with an Ethics Committee investigation into his relationship with a woman in his district office. He released a self-pitying, whiny statement that is darkly amusing if you enjoy seeing "family-values" conservatives admit to moral failings.

"In the poisonous environment of Washington, D.C., any personal failing is seized upon, often twisted, for political gain," he said. "I am resigning rather than to put my family through that painful, drawn-out process.

He said his wife, Diane, and children "were more than willing to stand here with me. We are a committed family. But the error is mine, and I should bear the responsibility."

And so on. Souder is, of course, an evangelical Christian who is deeply opposed to allowing gay people to have legally recognized spouses to cheat on.

The Indiana GOP won't have too much trouble replacing him on the ballot, presumably with another committed Christian who will reveal that he's a Furry in 2024.

Update: Sheesh. TPM found a video of Souder and his mistress, a woman named Tracy Jackson. In the video, Jackson is interviewing Souder about abstinence, and all the work Souder had done that "discredits many claims purveyed by those who oppose abstinence education." You know, like the claim that it's not realistic to pretend teenagers can resist their hormonal urges better than legislators can.

The electricity between these two is palpable.