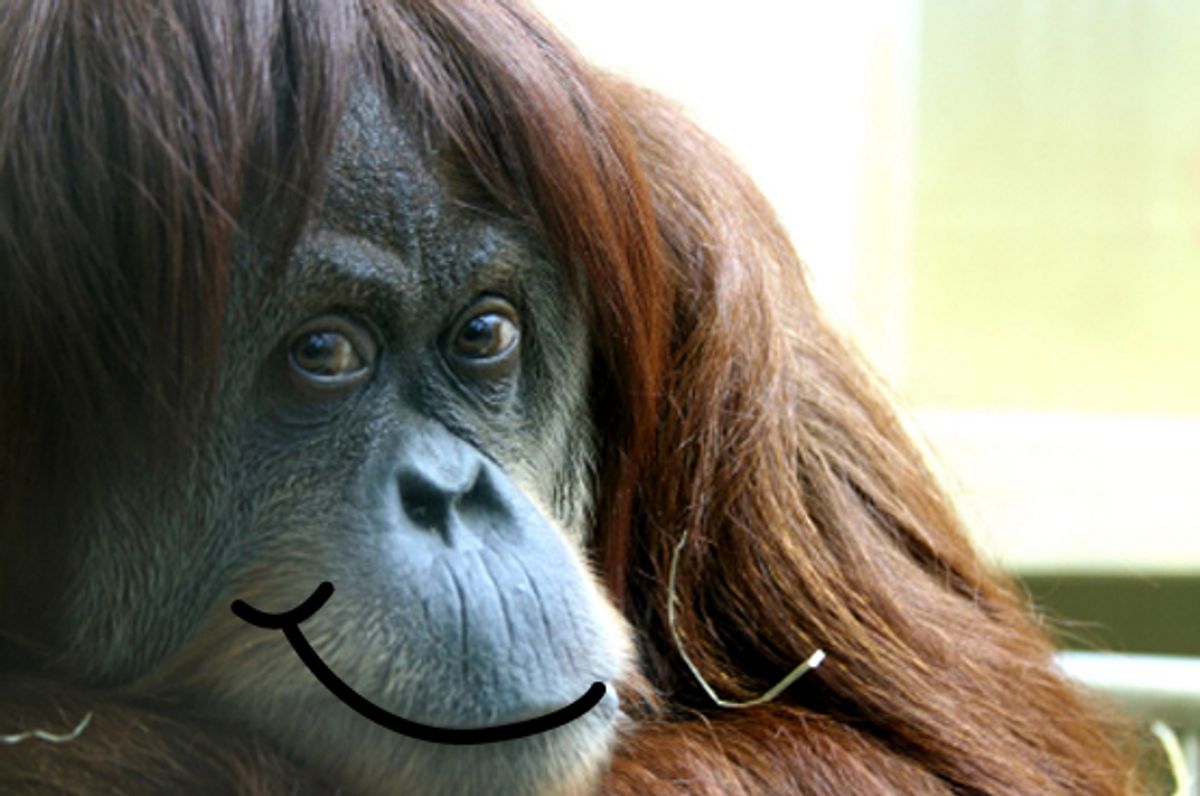 Credit where credit is due? In March, I wrote a post about a Greenpeace-inspired Facebook revolt against Nestlé that protested the company's sourcing of palm oil from suppliers in Indonesia who were reportedly destroying rainforest habitat and driving the orangutan to extinction.

I was intrigued by the fact that Nestlé's Facebook representative had made the mistake of actually being a human being instead of a faceless marketing drone, thereby earning the great ire of the social media mob for his "rudeness." And I launched a little driveby attack on "people who imagine that they are engaging in some form of meaningful social protest by posting complaints about a company while sporting juvenile profile pictures on a Facebook fan page."

Well, shame on me. On Monday Nestlé announced that it would pursue the goal of a "no deforestation footprint" by working with the respected non-profit The Forest Trust "to build responsible supply chains by identifying and addressing embedded social and environmental issues." While I'm not entirely sure how different this new promise is from Nestlé's previous pledge that 100 percent of the palm oil used by the company would come from sustainable sources by 2015, Greenpeace is declaring victory, with a big shout-out to social media.

With nearly 1.5m views of our Kit Kat advert, over 200,000 emails sent, hundreds of phone calls and countless Facebook comments, you made it clear to Nestlé that it had to address the problems with the palm oil and paper products it buys.

So maybe Facebook comments are a form of meaningful social protest -- at least insofar as they manage to generate lots and lots of media coverage.