It turns out postpartum depression is shockingly common among fathers 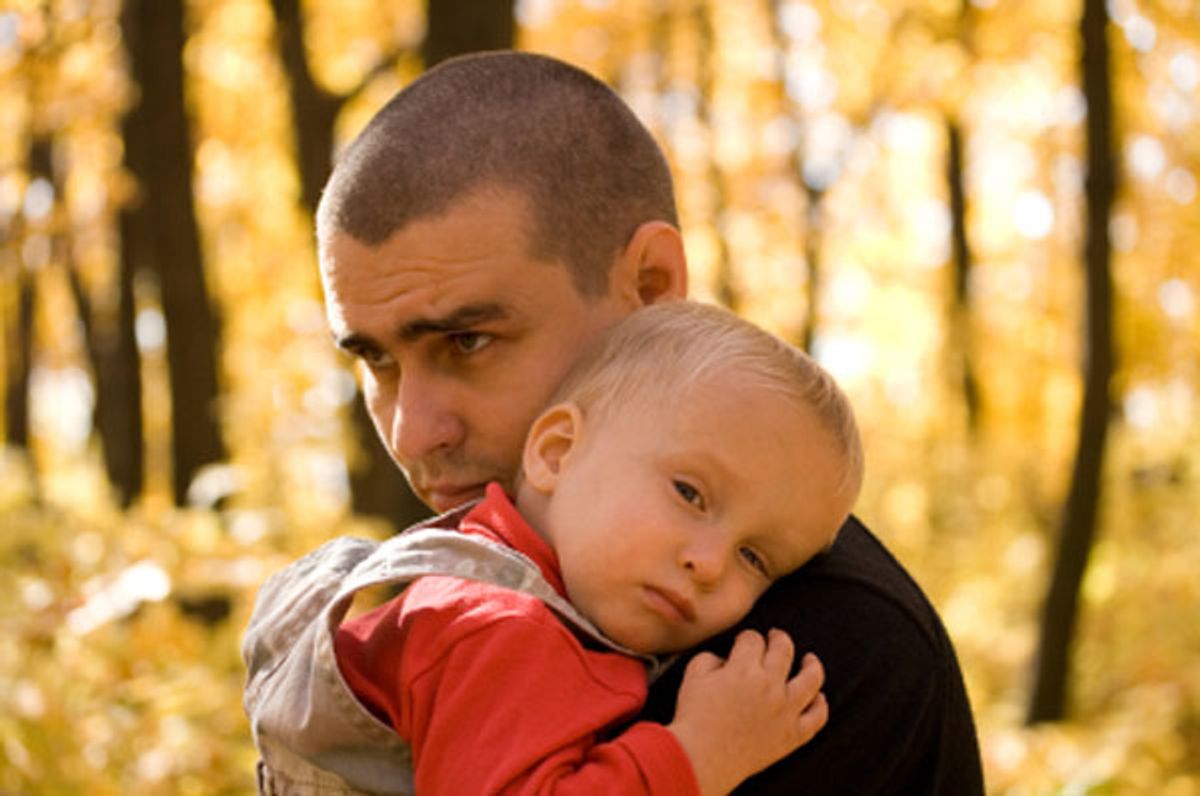 Postpartum depression may have female poster celebrities like Brooke Shields and Gwyneth Paltrow (or, less glamorously, mothers who drown their children in bathtubs) -- but it actually isn't a women's illness. A study released Tuesday by the Journal of the American Medical Association finds that as many as 25 percent of fathers experience the so-called baby blues in the six months following their child's birth (previous estimates hovered at a meager 5 percent).

This post-papa depression also happens to be associated with increased depression in mothers as well, but, per the usual, more research needs to be done to determine whether there's a causal relationship. In women, PPD is caused by a potent combo of sleep deprivation and hormonal fluctuations after giving birth, and it's unclear what exactly causes it in men. Lead author James Paulson speculates that poor sleep and inadequate time off -- let's hear it for better paternity leave! -- may have a little something to do with it.

Despite rising awareness about PPD, it often goes undiagnosed in women, so you can just imagine how often it goes undetected in men.