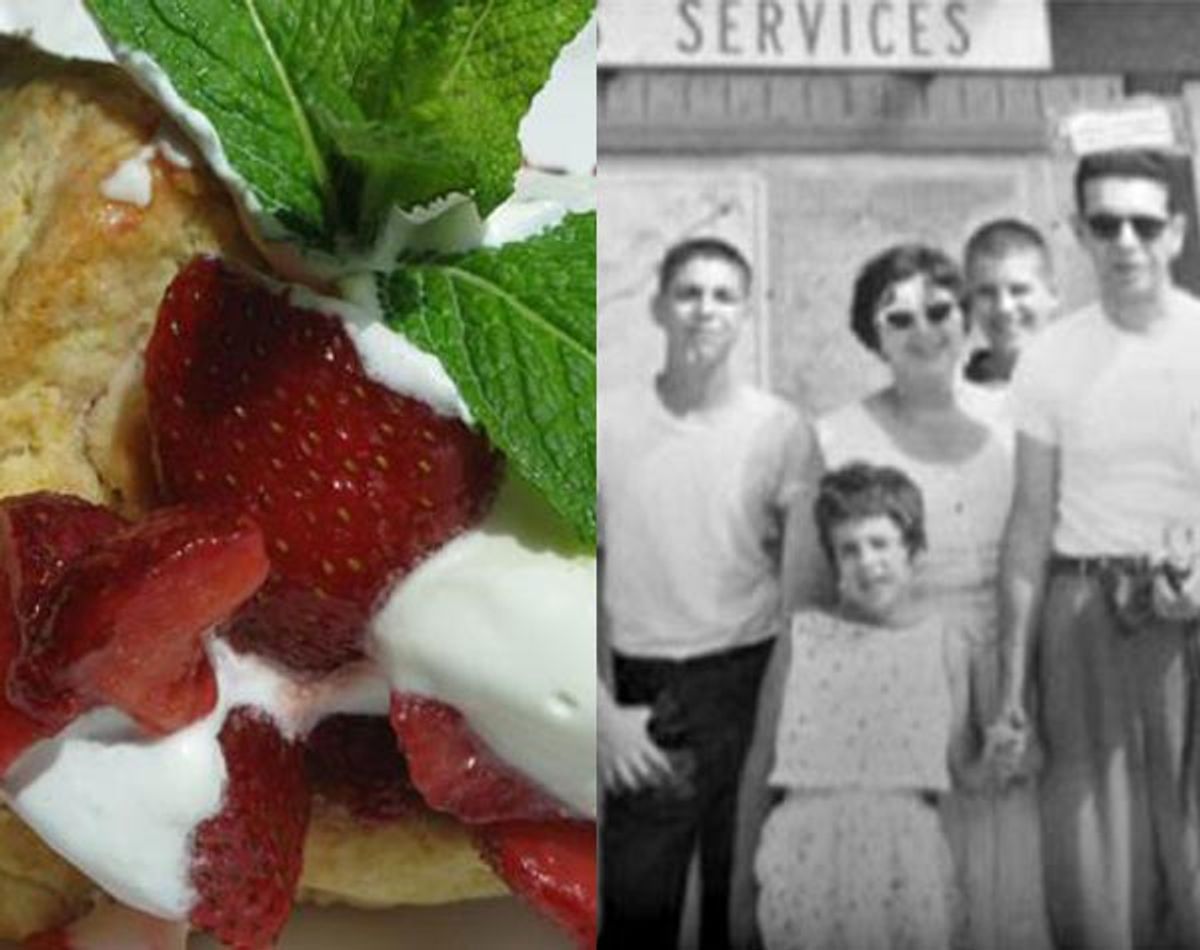 Half a century ago my family made a cross-country sojourn in the old Ford. Six people were packed into a non-air-conditioned car for thousands of miles in the middle of summer; three of them stinky teenage boys plus one chatty little 4-year-old girl. This is the very stuff that makes warm family memories. Too bad I can’t remember any except the fuzzy-gray traumatic one where we lose my older brother somewhere on a mountain in Colorado. Fortunately there is proof we found him again, evidenced by his bar mitzvah photo the next fall.

Determined to subvert that history, 30 years later we piled our own two preteen girls into the tiny back seat of an air-conditioned Subaru station wagon and took off west. It marked the beginning of the big move to California from Vermont, leaving behind very cold winters to happily bask in the fog and sunshine of San Francisco Bay.

Road food would rule. Motels with pools were the late afternoon destination. Think Route 66, but not nearly as awesome. Also not awesome were the two sullen pre-teenagers and their battery-eating Walkmans that killed the glamour of the road trip more quickly than running out of Dunkin Donuts. We called them the Misses Bickersons not 50 miles into the trip because they argued constantly. The oldest had just declared herself a vegetarian. The youngest had yet to realize that food came in more than the Gulp versions and that 7-11 was not owned by the government nor located at every intersection no matter how many times she asked.

Miss vegetarian Bickerson was getting cranky trying to find something beyond macaroni and cheese or salad to eat. Sadly, even her veggie western omelet (in Denver) was almost sent back because it had touched ham. It probably is fodder for therapy at some point, but we made her eat it anyway. Not one of us could stand her crankiness in the confines of the car for one more day. The girl needed some protein.

In an old keepsake box is the evidence: rules ratified and signed in the very first miles of the trip between the two warring Bickersons. The list is preserved for posterity or the national archives, whichever asks first. On it are classics -- no spitting, burping or other gross bodily functions. No flapping lips unless it is your designated talking minute. No touching the other’s side of the (compact) back seat. No slurping drinks (my rule) and no singing aloud with the Walkman. The best rule? No talking until 7 a.m. Let’s just say that one child was quite cheerfully chatty from the moment her eyes opened, no matter how early. The rest of us needed shots of high-test coffee.

Starting out before dawn to beat the late afternoon triple digit heat, we’d begin driving at 5 a.m. and stop at 3 p.m. to seek the coolness of the pool and some early dessert. Aside from the gallons of really bad coffee we guzzled, almost 786 versions of tired American pie dotted the road-food landscape. Thankfully, there was an alternative. Since it was late June there was also strawberry shortcake. Lots of it.

Sometimes the shortcake was a biscuit -- other times it was pound cake gone awry. And once in a while it was a cross between a scone and a biscuit. The scones won our hearts. Not a summer goes by since then, that as soon as the berries show up at our farmers' markets we are making shortcakes until the supply is gone.

We’ve been thinking about a road trip again and it is almost strawberry season everywhere. This trip, the back seat will be filled by tiny Lulu and Phoebe who sleep when the car is moving. They will gladly eat meat and everything else offered, including strawberries.

The Walkman is long gone, replaced by the iPod -- which magically plugs into the car. Sometimes change is a good thing, just as long as no one messes with strawberry shortcake.