The good news about Europe's crisis

Europocalypse, no? Oil prices and interest rates will stay down, helping U.S. consumers and Democratic majorities 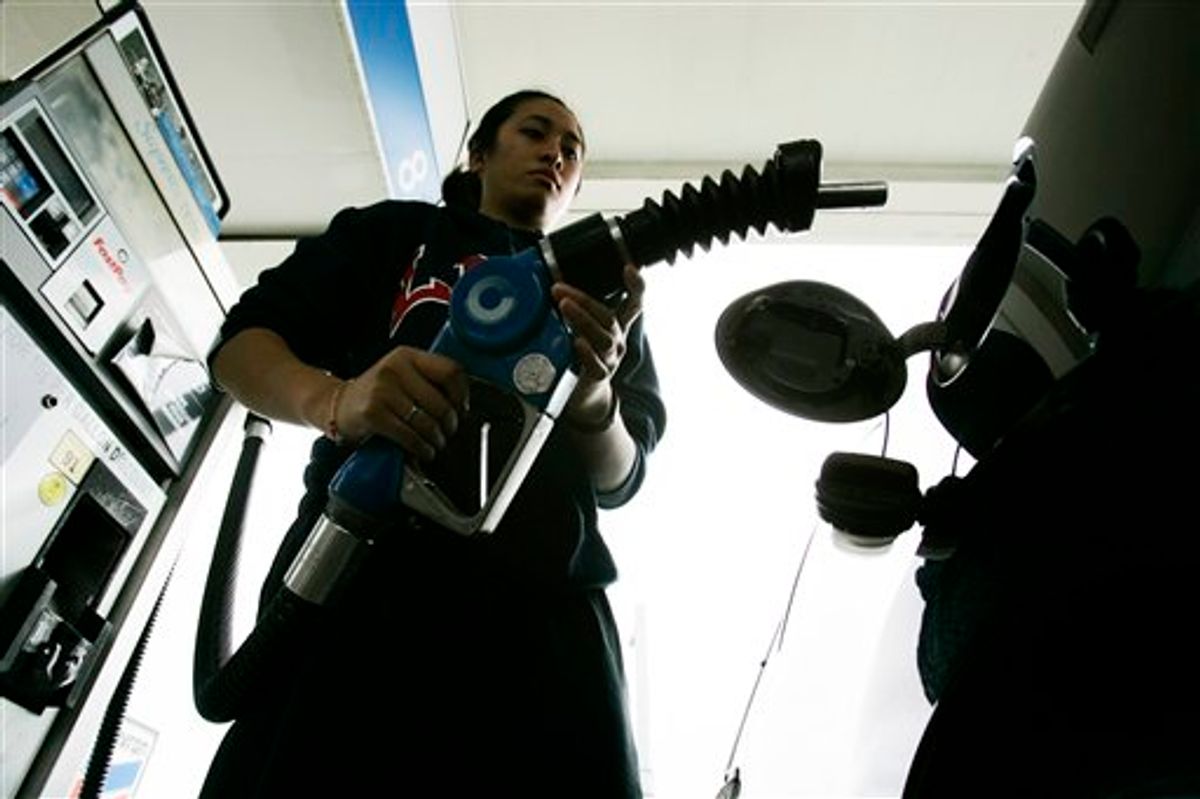 FILE - In this June 9, 2009 file photo, a Chevron customer pumps gas at a dealership in South San Francisco, Calif. Many analysts who predicted that retail gasoline prices would top $3 per gallon for a short time this summer, 2010, now are looking for prices to move lower or at least stabilize heading into the summer driver season. (AP Photo/Paul Sakuma, file) (AP)
--

Enough with the doom-and-gloom scenarios. Last week, I argued that Democrats looking at November should be worried about the European financial crisis. The reason: A European recession could end the U.S. economic recovery and spell trouble for U.S. banks with big exposures to Europe.

Paul Krugman and Tim Duy, an economist at the University of Oregon, beg to differ. Krugman notes that only one percent of U.S. GDP is exported to the eurozone, suggesting that a European recession wouldn't have a devastating effect on U.S. exports. Duy points out that the immediate impact of Europe's travails has been a decline in the price of oil, an upsurge in foreign purchases of U.S. Treasuries, and the clear prospect that the Fed will not raise interest rates in the short term. And if banks get in trouble again, the powers that be won't hesitate to flood the system with liquidity. "The European crisis," writes Duy, "may do more to help the U.S. recovery than hurt it. "

Tuesday's morning economic news, with positive news on the housing starts front and absolutely no evidence of inflation, continues the recent pattern of generally forward-looking economic indicators. So maybe the U.S. economy can ride out the European turbulence. What does that mean for politics in November?

Some normally dour voices are suddenly overflowing with cheer. On Sunday, Paul Krugman -- the same pundit who declared in January that he was "pretty close to giving up on Obama" -- reviewed the passage of healthcare reform and likely success on banking reform and decided that "Democrats have started exceeding expectations."

If Democrats hold the House, which is still a big if but is starting to look possible, the 111th Congress -- and, yes, Obama's first two years -- will go down in history as an epic success.

Adding fuel to the Pollyanna flames, Ronald Brownstein writes in the National Journal that "if the economy produces jobs over the next eight months at the same pace as it did over the past four months, the nation will have created more jobs in 2010 alone than it did over the entire eight years of George W. Bush's presidency." Paul Waldman argues in The American Prospect that Republicans are not headed for a landslide in November, because if the six monthly jobs reports between now and the election are all positive "then a powerful narrative will take hold, one of an economy clearly on the mend."

Yes, there were two more "big ifs" in that last paragraph. For every Pollyana there are still a half-dozen Doctor Dooms. A China bubble could pop, eurozone woes could precipitate another full-fledged credit crisis, the drawdown of stimulus funding could knock the support structure out from under the shaky U.S. economy. Every day suggests a different narrative, which is reflected by the recent extreme volatility in markets. The fact that U.S., a country with nearly ten percent unemployment and a $1.4 trillion budget deficit is considered the world's "safe haven" is a recipe for nervous tension. Six months from election day, we don't really have a clue what's going to happen.