There's no reason we should be electing agriculture commissioners 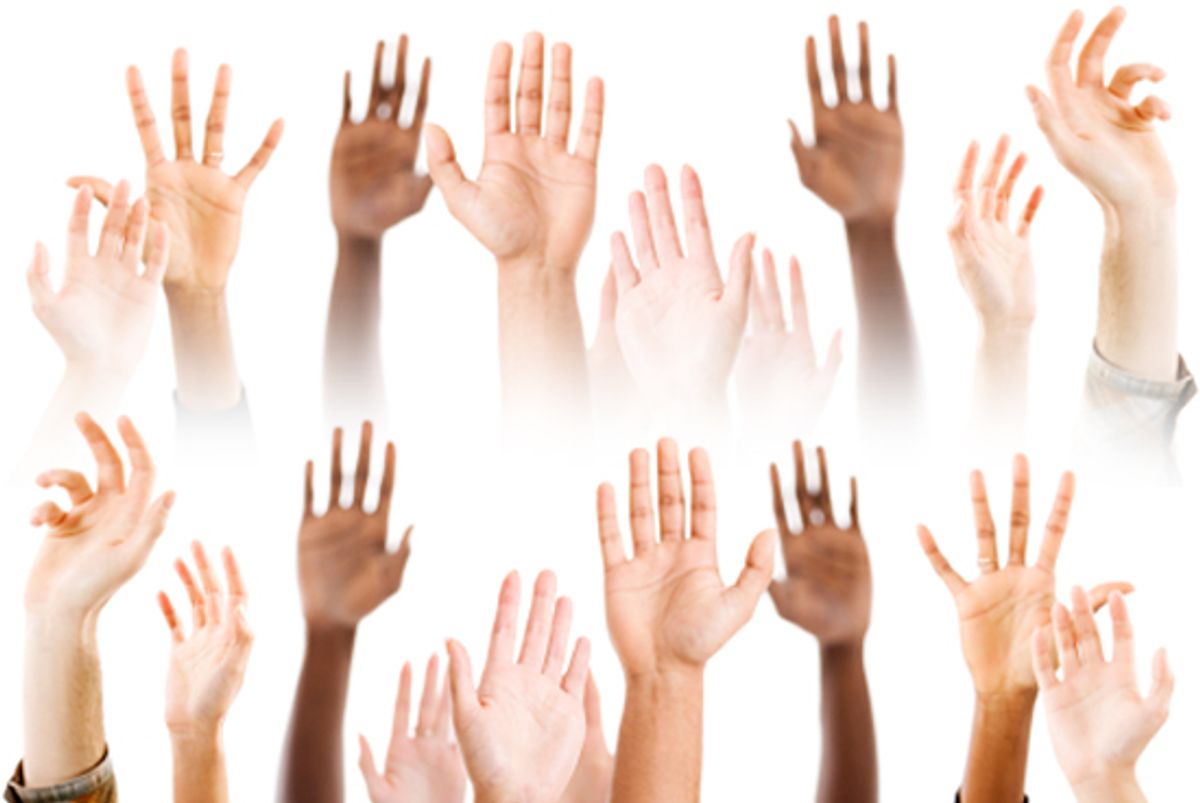 Matt Yglesias once again makes the point that we have way too many elections. I tend to agree with him, especially in the case he cites: statewide elections below the office of governor.

Right now, according to this list, a responsible citizen of Alabama is supposed to form separate opinions about a Governor, a Lieutenant Governor, and Attorney General, a Secretary of State, a Treasurer, a State Auditor, and an Agriculture Commissioner. That's just way too many elections. It guarantees an uninformed electorate and special interest control.

The first thing to note is that if that's all citizens in Alabama had to do, that would be one thing -- but of course in fact they also have to vote for U.S. senator, and U.S. House of Representatives, and the Alabama Legislature, and county government, and local government. At least. In many states (and I'm not going to look up Alabama), there are also elections for special districts, local and statewide ballot questions, and judicial elections.

The most obvious things to get rid of, in my opinion, are judicial elections, statewide ballot questions, and statewide elected officials other than governor. Do that, and have partisan elections for as many other things as possible, and the electorate will at least have a fighting chance -- the remaining big challenge would be primary elections, which I'm OK with even though they present a puzzle for most voters.

Now, all that said: I don't think I agree with Yglesias about the specific benefits to be had from cutting back on these particular elections, although I should say right up top that I'm not even close to an expert in state government. Yglesias says: "Democracy should be about accountability, not holding lots of elections. Too many independently elected officials makes lines of responsibility murky and makes it impossible for citizens to monitor their agents." Is that true? I'll give a few scenarios.

Suppose that something happens and a state agriculture commissioner is exposed as an incompetent hack. If that happens with a federal political appointee, voters really can't do much about it. Think about it: say that you're a solid Democrat, a strong supporter of Barack Obama. And then imagine that someone in the Cabinet is exposed as a crook, or otherwise a terrible choice. What are you going to do? Vote Republican? I don't think so. And it's unlikely that such a revelation would be enough to make you open to a primary challenger. After all, it's a lot easier to ignore the miscreant as a single bad apple than it is to change your opinion of the president. If, however, there's a separate election, then voters won't really find it hard to bounce someone exposed as a real problem -- and if there's no separate election, the governor would probably pull the trigger anyway. So I'm not sure that there's a real difference in that case.

What if, instead, we're talking about someone who is only a low-level problem? In that case it's even less likely that anyone is going to switch their vote for governor over an ineffective member of the governor's cabinet. Again, if you're a partisan voter, you certainly wouldn't (you would support or oppose the governor on other grounds). And partisan voters are the best informed, so swing voters are not likely to be swayed by secondary issues like this. On the other hand, with separate elections, voters may well choose to punish (or reward) someone for their own actions. Moreover, with separate elections, voters presumably benefit by having someone with a major incentive to dig up dirt on the incumbent -- that is, the challenger.

I suppose I could also cover the remaining cases of rewarding good appointments, but I think that's even less likely to help the incumbent governor -- I mostly raise it just to have an excuse to link to this awesomely titled post from Joshua Green.

So I can't really agree with Yglesias that separate elections hurt accountability for the voters. The real problem here is that the more things that the voters are asked to do with a single vote, the more difficult it is to do anything specific with that vote. That's taken to an extreme in politics without federalism and without the American system of separated institutions sharing powers, in which (as in the recent U.K. election) a single vote has to do all the work for everything. Did people switch from Labour because of the economy? Iraq? Afghanistan? The corruption scandal? Another specific public policy issue? Because they didn't like Gordon Brown? Because they liked Brown and Labour policies, but didn't like one of the ministers? What if they liked Labour policy on most things, but wanted to punish them for Iraq? It's hard to see how "accountability" works in those situations, beyond the simple signal of "change" vs. "more of the same." Disaggregation -- separate elections for separate offices -- helps sort that out a little bit.

Why do I agree with him overall, then? I like the American long ballot, but believe that the current setup is too much of a good thing. Voters shouldn't be made to feel like idiots when they step into the booth and are confronted with offices they've never heard of. Voters -- as voters -- shouldn't be asked to put in hours sorting through their choices. The genius of the Madisonian system, however, is that one can be just a voter, or one can easily become meaningfully involved with more serious participation in politics (through such features as multiple elected offices, federalism, permeable coalition-style parties, and interest groups). The trick is to retain the possibility for meaningful participation that goes beyond voting, while still keeping voting a reasonable exercise. Dozens of choices, over a hundred in many places over a two-year cycle, with many of those choices missing the easiest voting cue of party, strikes me as too many. The first things I'd eliminate are judicial elections (since there are excellent arguments that judges should not be elected at all) and statewide ballot questions (for a variety of reasons). That would help quite a bit. I think the next step, however, is lesser executive branch office, and there I'd prefer to eliminate those elections at the statewide level than at the local level, mainly because I think the participation incentives are better for local elections.

One other small point: While I don't really think that cutting back on separate elections for offices such as Alabama agriculture commissioner would improve accountability to the voters, it might, however, improve accountability of elected officials to their political party. Again, such things can go too far (and in my opinion, contemporary American parties are in fact a bit too united). To me, democracy depends on permeable political parties, and to the extent that parties become both hierarchical and unified, they cannot be truly permeable. But the Madisonian mechanisms in place -- federalism, separated institutions sharing powers -- are the main bulwarks against the wrong sort of political parties.

So: I agree with Yglesias that separate elected officials within state executive branches is a bad idea, but I don't really think that accountability to voters is what's at stake.