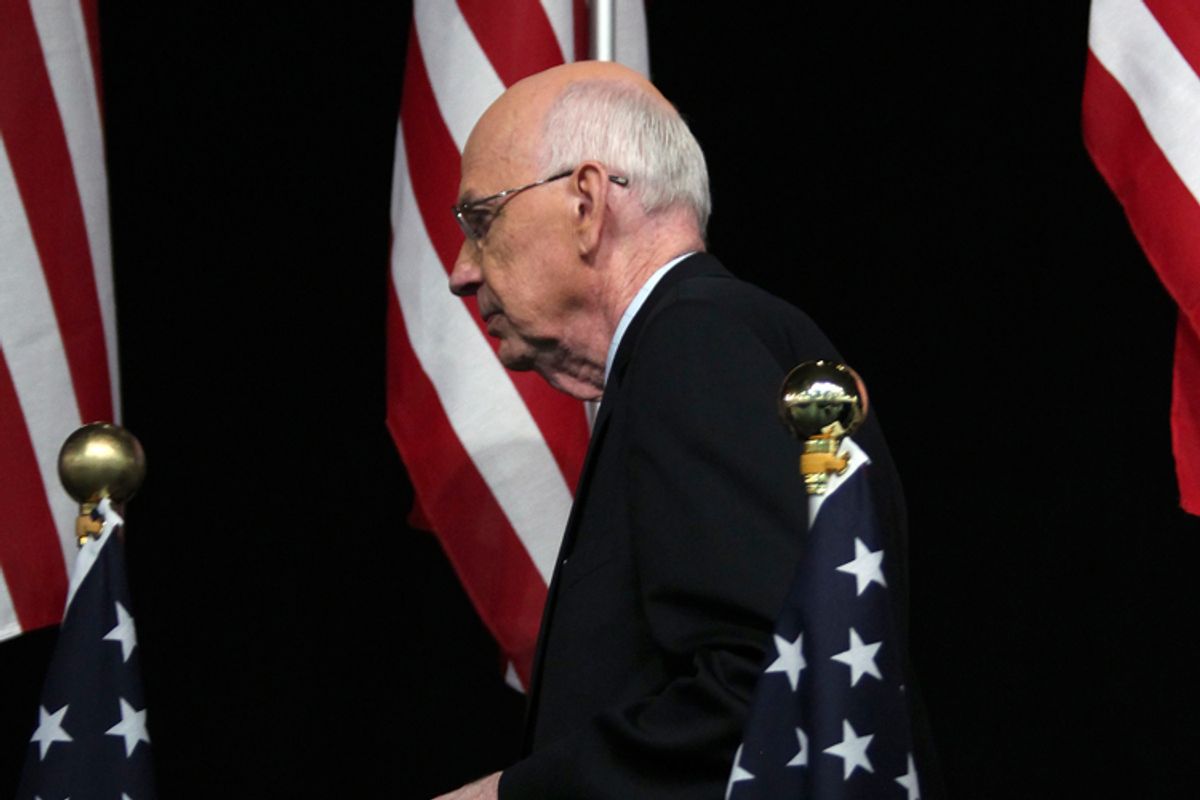 After his ouster from the party at the Utah Republican convention, Sen. Bob Bennett refused to rule out a bid as a write-in candidate, but most observers assumed he wasn't being entirely serious. However, he's been dropping more hints. And now, he tells USA Today to expect an announcement tomorrow. You don't really tell reporters to expect announcements unless you have something to announce. ("I am not going to launch a write-in campaign" is not a very interesting announcement.)

But what sort of write-in campaign is Bennett going to run? The primary is June 22. A write-in campaign for the Republican nomination is probably his first choice, but that's not a lot of time to organize one.

He's got the name recognition to run as a write-in in the general election, but then you have two Republicans potentially splitting the vote. (Though: Is there even a Democrat in the race? Is it too late to nominate Carlos Boozer?) Plus, no one's won a write-in campaign in Utah in 30 years.

Still, I am all in favor of Bennett launching a probably doomed write-in campaign. In fact, I think Arlen Specter should, too! And, hell, why not Jim Bunning?