In a clip helpfully unearthed by his opponent, Richard Blumenthal accurately describes his military service 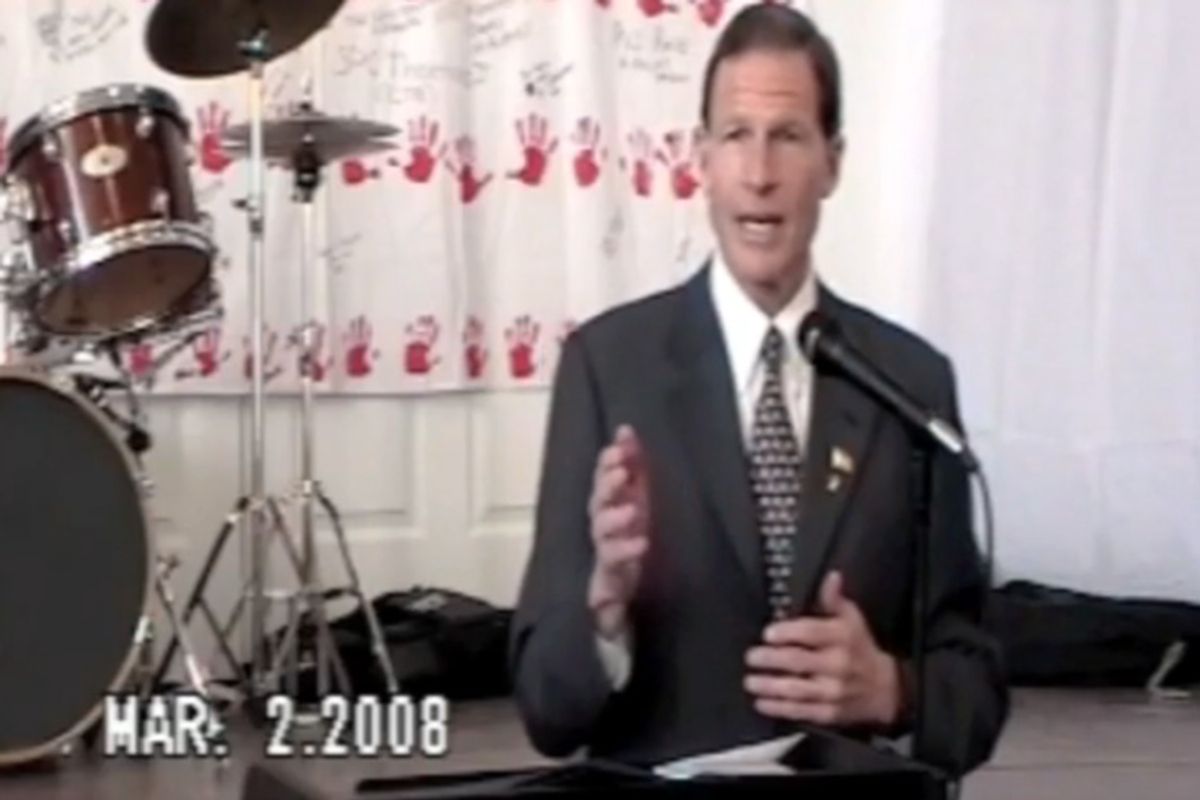 The Associated Press found the full video of Richard Blumenthal's 2008 speech in which he claimed to served "in" Vietnam. In the same speech, though, he also correctly characterized his military service. You'll never guess where the AP found the video! (Unless you read the headline.)

The other night, the New York Times ran what looked like a bombshell story: Democratic Senate candidate Richard Blumenthal lied about serving in Vietnam. Except it really was more like Richard Blumenthal allowed people to believe he served in Vietnam, and once or twice he said things that could've been construed as claiming to have served there.

Muddying the waters further, the campaign of Blumenthal's Republican opponent, wrestling entrepreneur Linda McMahon, initially took credit for the Times story as the product of its opposition research. Which is, politically, dumb. (And also perhaps not even true -- some people seem to think the story actually came from GOP candidate Rob Simmons. And today the Times ran an even odder story about how Blumenthal's "friend" Chris Shays, a former Republican congressman who still may have political ambitions, wishes he'd said something about Blumenthal's history of almost-lying sooner.)

The McMahon campaign eventually removed the claim from its site. But today, the official Linda McMahon campaign YouTube channel posted the full, six-minute version of the 2008 video. Not the short one the Times had. It posted the one in which Blumenthal correctly says he served "during the Vietnam era."

And so Linda McMahon's campaign has now completely undermined its best chance at derailing the candidacy of Richard Blumenthal.