Sometimes we're extremely busy, sometimes it's quiet. Duties ebb and flow. We deal with it 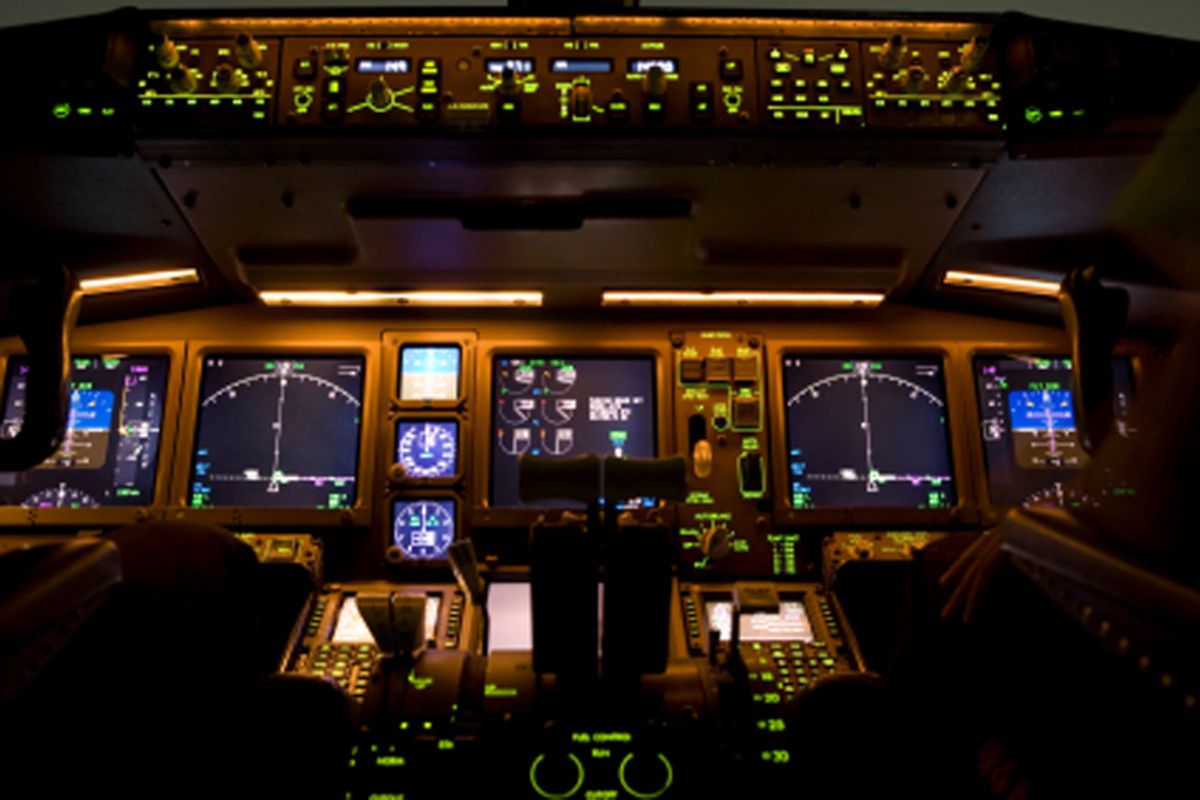 Oh good, cockpit automation is back in the media ring again.

Sarcasm, yes, as this is one of the most frustrating topics to address. Frustrating because it never goes away, and because there is so much bad and misleading information out there.

"Are airliners so automated that pilots are becoming complacent?" asks Christine Negroni, writing for the New York Times on Tuesday. Her piece got some attention, and "NBC Nightly News" did a segment on the topic the same evening.

(In the interest of both disclosure and flattery, Negroni is an acquaintance of mine and her work is among the best; she is not to blame for the way this subject gets taken up and spun.)

"Automation is generally considered a positive development in aviation safety because it reduces pilot workload and eliminates errors in calculation and navigation," writes Negroni. And that is true. But is there a downside? Does high-tech automation foster boredom and lead to incidents like the one last year when a Northwest Airlines crew overflew its destination by 150 miles?

The consensus seems to be yes, but I'm one of those people who disagrees.

My feeling is that boredom and automation have relatively little to do with one another. Or, better to the point, they haven't any more to do with one another than they've had in the past. Pilots are at times extremely busy; at other times there are long periods of quiet. Duties come and go, ebb and flow. It has always been that way. Boredom was a factor 60 years ago when planes had rudimentary autopilots and propellers spun by pistons. It's going to be a factor in any profession where there are long stretches of reduced workload -- such as when flying across oceans -- and when a large percentage of tasks becomes repetitive and routine.

But there is little about modern automation per se that makes boredom particularly acute. I operate eight-, nine-, even 12-hour nonstops all the time. There's a certain tedium that I expect and have to deal with. But is it because of the automation? Heck, if I had to have my hands on the wheel that whole time, expending full concentration, I'd be five time as bored and 10 times as exhausted. And on the whole, pilots are pretty good at the kind of self-discipline that's required to be alert for long periods of low workload. It's part of their job.

If your ears are ringing, that's because we had this same discussion back in November. You can read it here.  (How come NBC doesn't get inspired by one of my stories?)

In that article I describe my on-camera squabble with an MIT assistant professor named Missy Cummings. Cummings heads a lab at MIT that looks into the effects of highly automated work environments on human factors performance, with a focus on the influences of boredom. She scoffed at my contentions before going off on what is every aerospace academic's favorite fantasy tangent: the tired and utterly false idea that pilots are becoming expendable, and that the jetliner as we know it will soon be replaced by fully automatic aircraft controlled from the ground.

This is so laughably far from reality, not to mention insulting to pilots, that it defies elaboration.

But apparently Cummings' reality is a different one. She contended on air that it's "just a matter of time" before the crew is engineered out of the picture, then made a ludicrous comparison between a commercial jetliner and an unmanned aerial drone.

As I've written before, one of the media's consistent mistakes is a reliance on academics and bureaucrats, rather than pilots, for its expertise. Professors, directors, consultants, researchers, etc. These people are bright and knowledgeable, and indeed their work is important. But at the same time they are often highly unfamiliar with the day-to-day operational aspects of flying commercial planes.