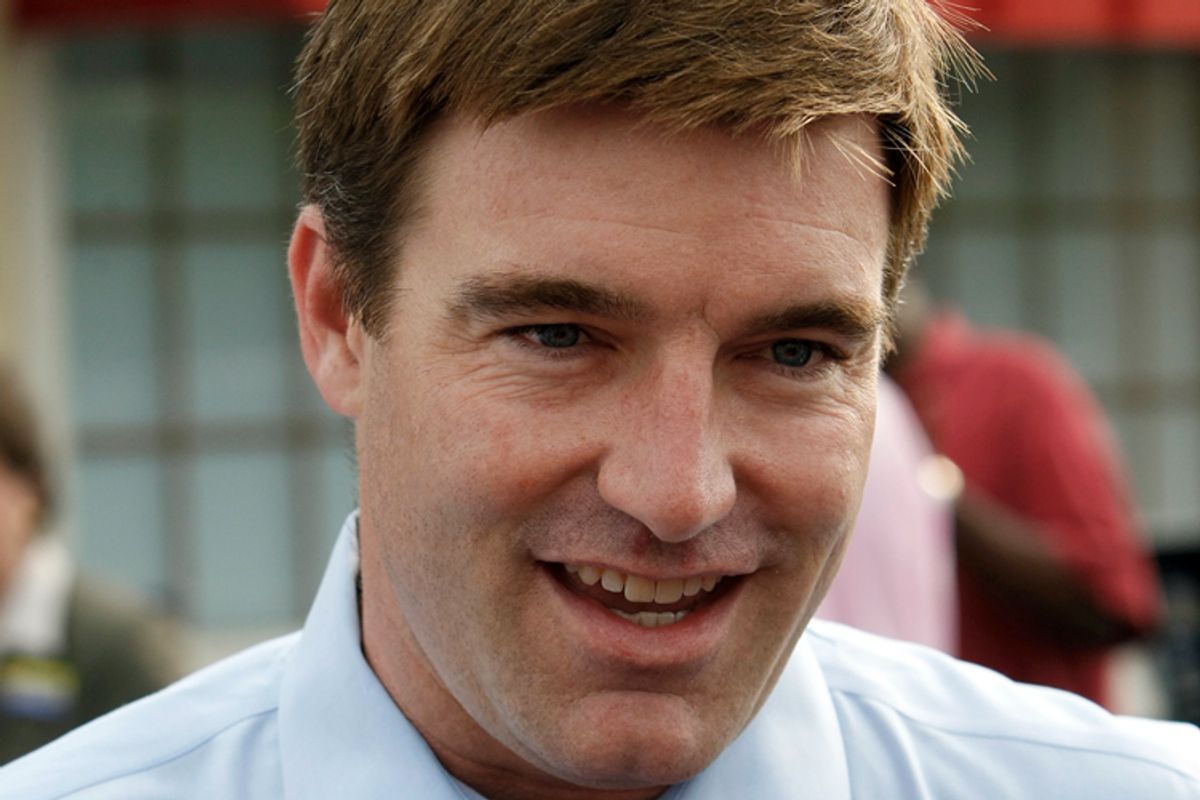 Democratic U.S. Senate candidate Jack Conway talks with reporters during a campaign stop on Friday, May 14.
--

Did you know that there's a Democrat in the race for Jim Bunning's Senate seat in Kentucky? He's state Attorney General Jack Conway, and he might actually win.

With 99% of precincts reporting, Conway has received 44% of the vote. That's 226,773 votes. His opponent, Lt. Gov. Dan Mongiardo received 221,269 votes. Rand Paul, the runaway winner of the Republican primary, received a total of 209,159 votes. In other words, both Democrats received more votes than either Republican. Which doesn't make it sound like the GOP base is energized for the Rand Paul rEVOLution.

In case you're wondering about his progressive cred, Conway is Kos's candidate, and about as liberal as a statewide politician can be in Kentucky. Rand Paul has the national media attention, and a small lead in the polls, but both candidates can credibly claim to be a change from the norm (especially if Rand keeps going around praising the departing Bunning for stunts like blocking unemployment filing extensions) and there's months of digging up crazy shit the Pauls have said yet to come.

The "Rand Paul is crazy" tactic didn't win the election for Trey Grayson, but it might've depressed Republican turnout. It's no sure thing, but the next senator from Kentucky might not support a return to the gold standard.