Nothing is working out for Blanche Lincoln

The Arkansas incumbent seemed to have a good plan for reelection, until yesterday 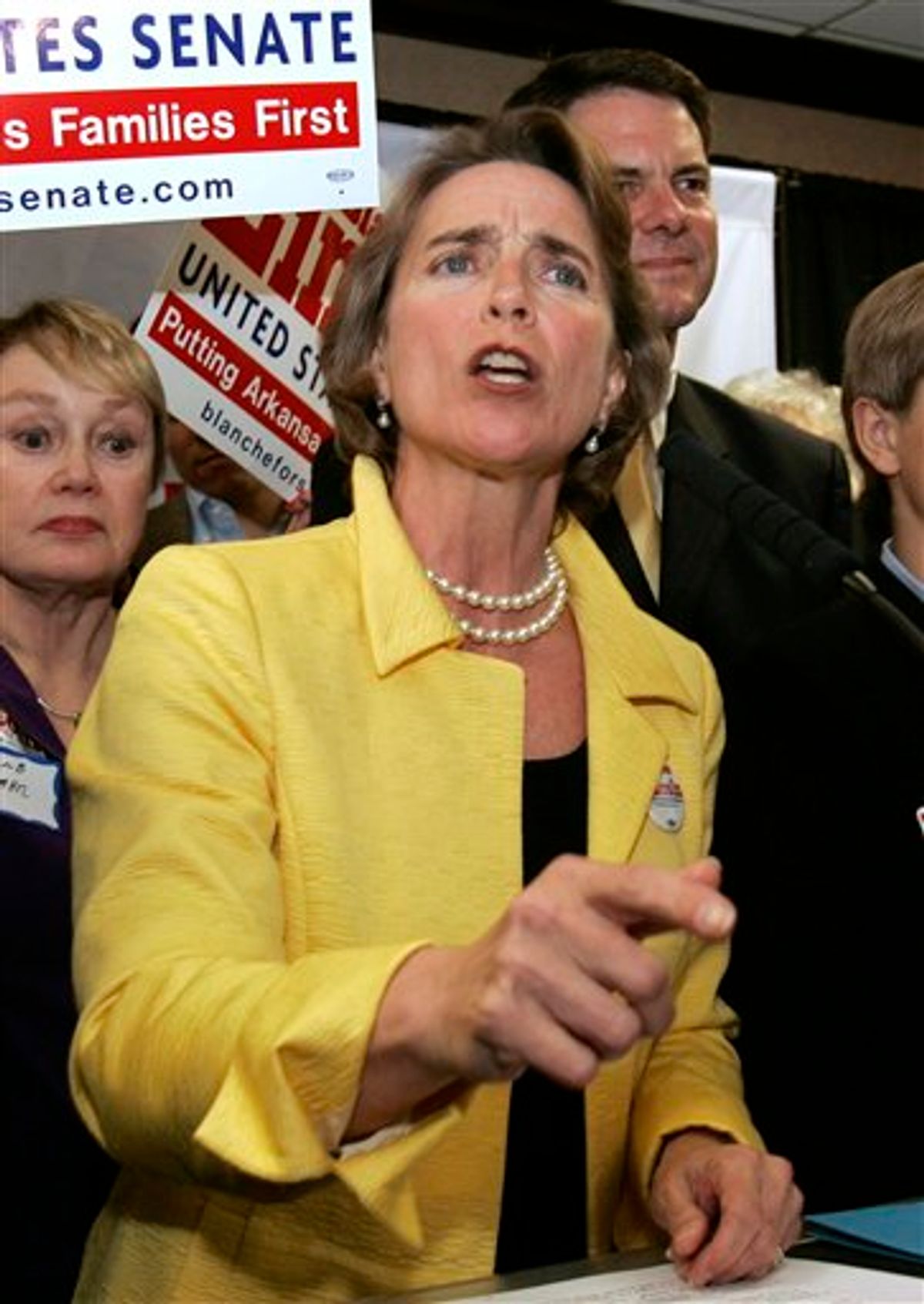 Sen. Chris Dodd, D-Conn., thought he was so clever. As usual, the Connecticut senator has been trying to straddle the line between the reformist liberal he imagines himself to be and the servant of special interests that he actually is. So he waited until what seemed like just the right moment to kill off the strict derivatives reform proposed by Sen. Blanche Lincoln, D-Ark.: her primary day.

Lincoln was clearly -- ahem -- banking on this idea to shore up her populist credentials. So Dodd, the chairman of the Senate Banking Committee, couldn't shut it down until her primary challenge had run its course, despite the hatred directed at the proposal by Washington and Wall Street's wise men. Otherwise, he'd be pulling the plug on the reelection campaign of a fellow incumbent Democrat.

Well, you know what they say about best-laid plans. Dodd announces that he is, effectively, killing the Lincoln reform on her primary day, and she goes and ends up underperforming expectations and getting dragged into a runoff. So now what?

Lincoln, almost surely, will try to use the whole thing to get to the left of her challenger, Lt. Gov. Bill Halter. She'll say that special interests are just waiting for her to be gone from the Senate so they can have the run of the place.

But it's worth remembering that Lincoln's hard left turn was awfully suspicious in the first place. When she announced her derivatives reform proposal, it was a testament to the power of a primary challenge: one of the Democrats' most conservative senators was, all of a sudden, pushing an idea that might well be too progressive for her colleagues. So it's not that hard to imagine that this maybe wasn't her most sincere moment, and that she and Dodd had concocted a scheme to kill the thing literally on the day she won renomination.

Halter could make this case in the runoff. Or, if it's a bit too conspiracist for the candidate to actually suggest, he can go with the watered-down version: what good is Lincoln anyway, if she can't convince northern liberals like Dodd to go along with her reform? What kind of pull does she have?

Whatever Halter and Lincoln do try to argue going forward, things are looking grim for her. Getting from 45 percent in a first round to 50 percent in a runoff is a somewhat tall order for an incumbent. The general theory is that whoever was going to vote for her already has, and Halter will mop up the discontented anti-incumbent votes. That's probably a little too simple, but it's clear that Lincoln is in much more trouble than she expected.