Blaming the Sierra Club for the BP oil spill? "60 Minutes" showed us who's to blame 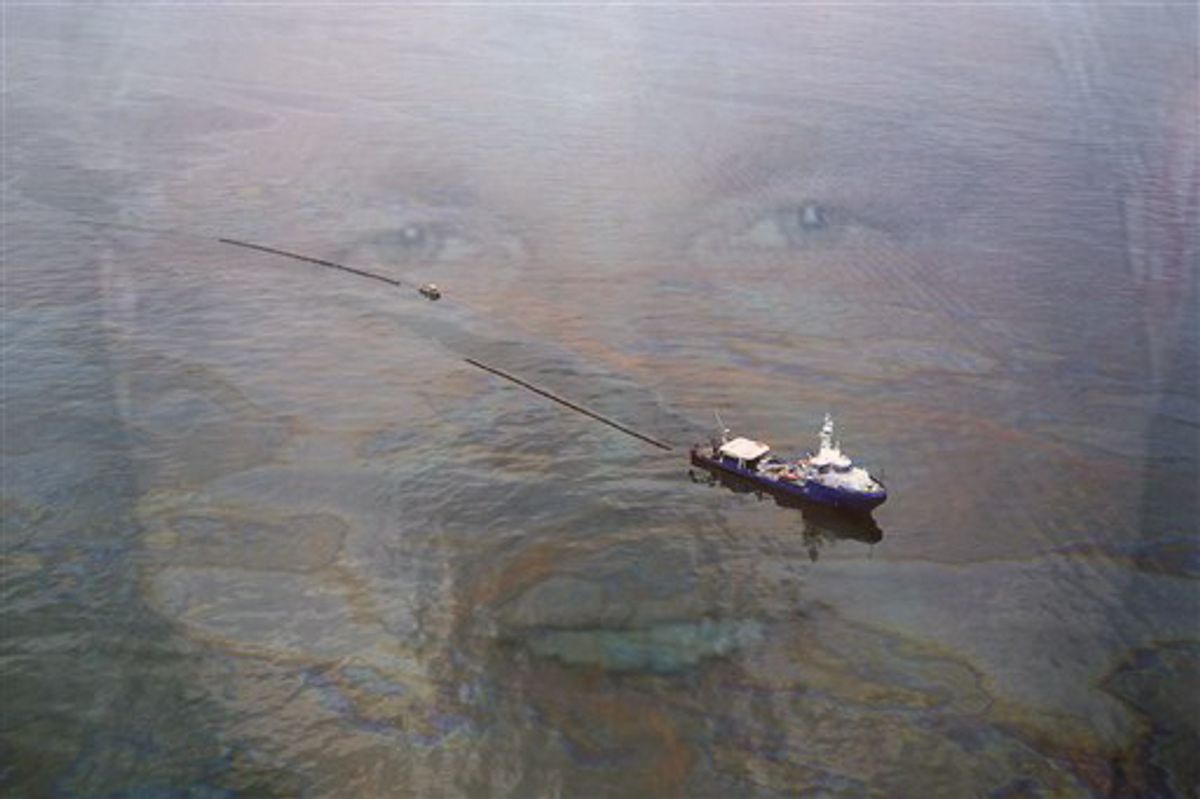 Conservative radio commentator Rush Limbaugh is seen in this police booking mug shot taken on April 28, 2006. Limbaugh turned himself in to police in Florida on Friday and was charged with prescription drug fraud as part of a probe that began more than two years ago, authorities said. Limbaugh was released on $3,000 bail after being held for about one hour at the Palm Beach County Sheriff's Office. FOR EDITORIAL USE ONLY REUTERS/Palm Beach County Sheriff's Office/Handout (Â© Ho New / Reuters)
--

Rush Limbaugh's first reaction to the catastrophic British Petroleum Deepwater Horizon explosion and oil spill was silly enough. "The ocean will take care of this on its own if it was left alone and left out there," Limbaugh told his audience last month. "It's natural. It's as natural as the ocean water is."

Now that it's clear the ocean won't take care of this disaster, Rush has a new answer: Make the Sierra Club pay for the cleanup. According to Limbaugh, "the Greeniacs" are to blame for oil companies drilling farther out in the ocean, and deeper too, so they should pay for what he calls "this leak."

Of course this is extremely dumb, even for Limbaugh (actually, I don't think of Limbaugh as dumb, just malevolent, but this one is dumb, as well as unfunny and unconvincing). Environmentalists oppose offshore oil drilling. Politicians in both parties have unfortunately caved to the "drill, baby, drill" lobby, but Democrats and Republicans alike tend to favor keeping it far away from pristine beaches, lest they wind up with a disaster like the 1969 Santa Barbara oil spill. That hurt the local tourism industry, but maybe more significant, helped launch the environmental movement, which used to be bipartisan, back before Limbaugh took over the GOP. The push for deeper drilling, which is more dangerous, is certainly not a Sierra Club project.

But Limbaugh's idiocy had one positive effect this week: His nutty remarks made me go back and look at the extraordinary "60 Minutes" report on what went wrong on the Deepwater Horizon, which I had missed on Sunday. If you haven't watched it, or read the story online, you have to. It's one of those rare TV segments that's as dramatic and gripping as it is socially and politically important.

Electrical technician Mike Williams gave an eyewitness account of surviving the explosion, but he also delivered firsthand testimony about the way BP cut corners to drill deeper and faster. Even when it was clear that the blowout preventer had been damaged, Williams explains, the company pressed ahead.

The spill has cost BP about $500 million so far. But consider, in just the first three months this year, BP made profits of $6 billion.

There are plenty of accusations to go around that BP pressed for speed, Halliburton's cement plugs failed, and Transocean damaged the blowout preventer.

Through all the red flags, they pressed ahead. It was, after all, the Deepwater Horizon, the world record holder, celebrated as among the safest in the fleet.

"Men lost their lives," survivor Mike Williams told [reporter Scott] Pelley. "I don't know how else to say it. All the things that they told us could never happen happened."

While Limbaugh, Republicans and the three industry partners responsible for the spill enjoy juvenile finger-pointing, Williams reminded us that in addition to the environmental catastrophe that's still unrolling along the Gulf Coast, 11 people died in an accident that increasingly seems to have been preventable. Limbaugh's Sierra Club joke was particularly lame, because even he can't come up with a way to make this tragedy seem either funny, or the fault of the Democrats.