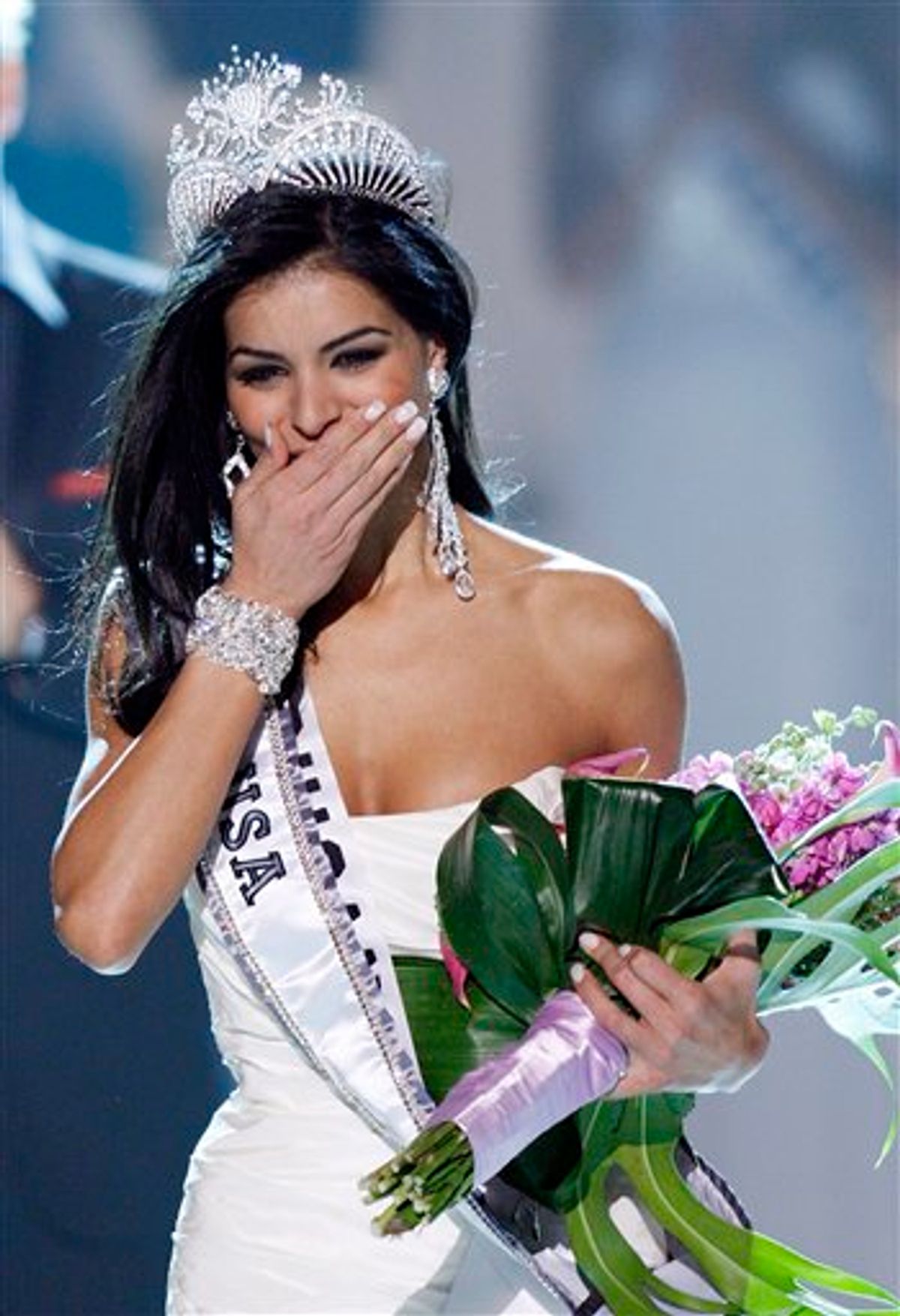 The New York editor of The Huffington Post, David Weiner, crafted this charming tweet earlier today: "I love how people are surprised that women who like to appear on stage and be judged on their looks have whorish pasts #missusa."

This is, of course, a reference to Miss USA Rima Fakih, who competed in a radio station pole-dancing contest back in 2007. Pictures of Fakih competing in short shorts and a tank top found their way onto the Web the day after she won and promptly whipped the bloggerati into a froth on Monday, but Weiner evidently just now heard about it, and decided to announce to the world that anyone who can work a stripper pole -- even with her clothes on -- is a whore.

Can Weiner please tell me where the hell he gets off? Fakih is an accomplished student with two degrees and is going to law school next year. She's on her way to what will likely be a promising career of not being a hooker. What Weiner has done is negate her accomplishments by reducing her to one of the two prevailing stereotypes of women. It's tedious, lazy and, oh right, sexist.

The list of people who like to be judged on their physical appearance is long and pan-gendered: weightlifters, models, reality stars, "American Idol" wannabes. Would he apply the same logic to them?