The radio host and 9/11 truther says that the mainstream media is out to get Paul, but "out of bullets" 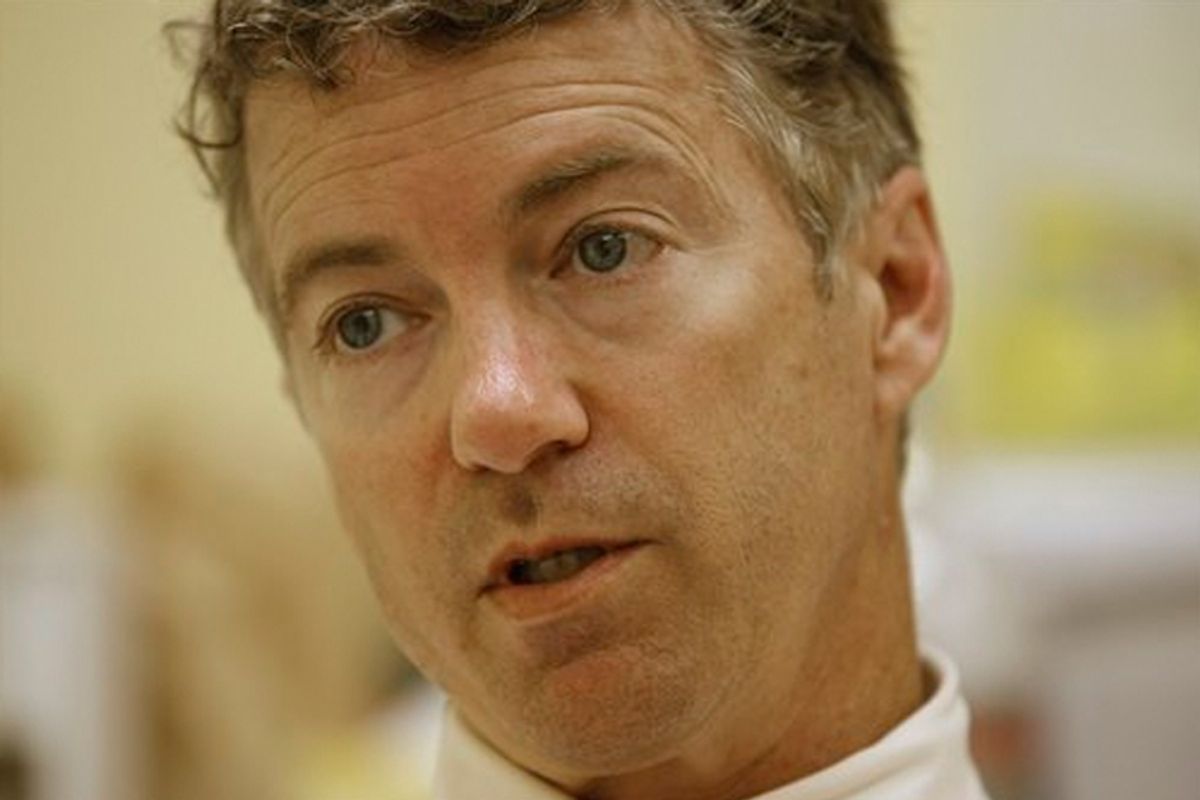 Alex Jones, the radio host who is closely identified with the "patriot" movement, is thrilled with Rand Paul’s Republican primary victory in Kentucky.

“Rand Paul is awesome,” Jones told me in a telephone interview from Austin on Wednesday. “He is a constitutionalist. He is against the Patriot Act and the Iraq war and what is happening in Afghanistan.”

In Tuesday's primary, Paul crushed his GOP foe, Trey Grayson, even though Grayson had been favored by the party's establishment.

“If you are an establishment Republican or Democrat, you are gone come November,” Jones said. “The good news is that people are coming in from both parties who have much better track records and don’t have these establishment pedigrees.”

Paul has appeared on Jones' show and the host has promoted his candidacy. Jones, a fiery orator who pledges unyielding fidelity to the Constitution, is riding a wave of neo-militant populism sparked by perceived big-government excesses. Even among his ideological kin, however, Jones nurtures a perhaps overly active predilection for conspiracies -- particularly on the subject of 9/11.

On a recent segment of his radio show, Jones declared: “This nation is being criminally and unconstitutionally absorbed by private central banks that are looting every major country on the planet. They will destroy borders, destroy constitutions that protect private property and the right to self defense. This is the stated goal.”

Jones believes the U.S. government is involved in a decades-long conspiracy to imprison political dissidents in concentration camps that will be run by FEMA.