Cyclist: I used steroids -- and so did Armstrong 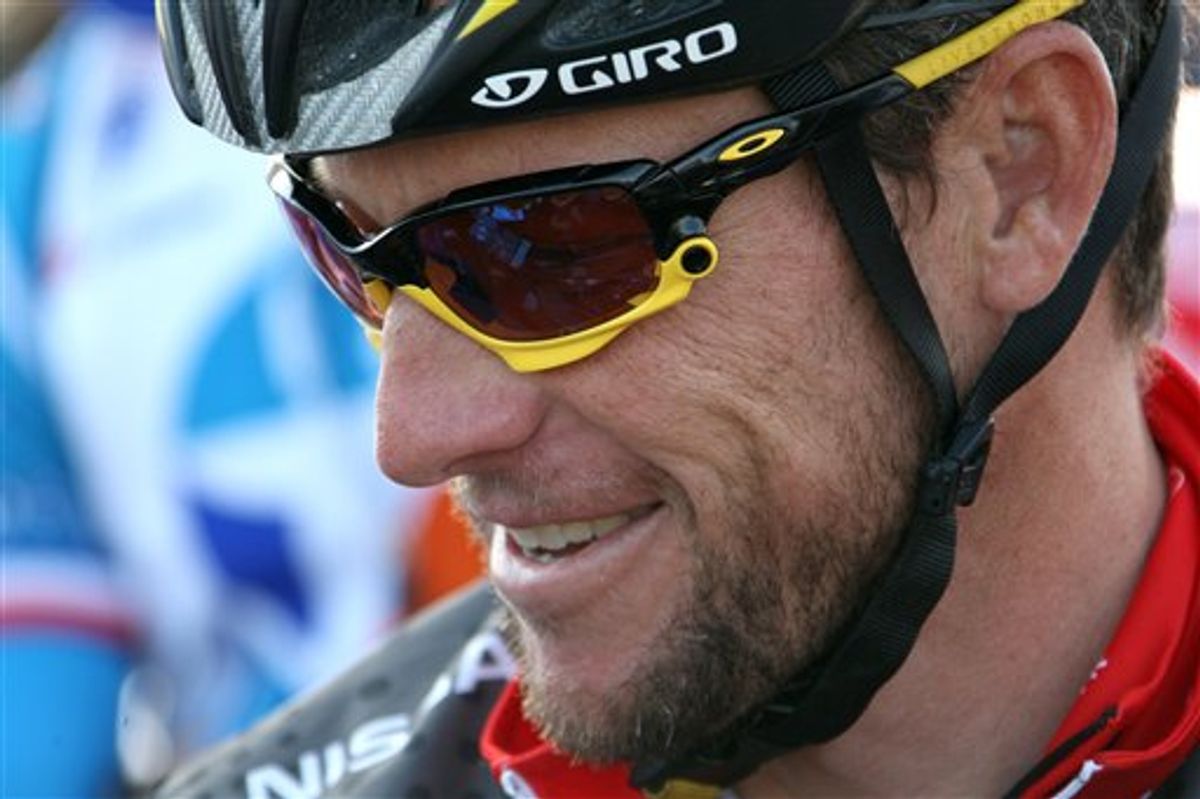 Landis, who was stripped of his 2006 Tour de France title for doping but had always denied cheating, sent a series of e-mails to cycling officials and sponsors acknowledging and detailing his long-term use of banned drugs, the newspaper said.

The report said Landis wrote in the e-mails that he started doping in 2002, his first year racing with the U.S. Postal Service team led by Armstrong.

Landis also admitted to doping in an interview with ESPN.com.

Armstrong is currently competing in the Tour of California and couldn't be reached for comment. Neither could Bruyneel, Leipheimer or Zabriskie.

The Journal said it had seen copies of three e-mails sent by Landis between April 30 and May 6, and that he had copied in seven people on the messages, including officials with USA Cycling and international governing body UCI.

Landis served a two-year ban after testing positive for elevated testosterone levels at the 2006 Tour. He was the first rider stripped of a Tour de France title.

"I want to clear my conscience," Landis told ESPN.com. "I don't want to be part of the problem any more."

He also said he was speaking out now in part because the World Anti-Doping Agency's eight-year statute of limitations was close to running out.

"If I don't say something now then it's pointless to ever say it," Landis said.

"What's his agenda?" McQuaid said. "The guys is seeking revenge. It's sad, it's sad for cycling. It's obvious he does hold a grudge."

McQuaid said he received copies of the e-mails sent by Landis to the U.S. cycling federation, but declined to comment on their contents. He said Landis' allegations were "nothing new."

"He already made those accusations in the past," McQuaid said. "Armstrong has been accused many times in the past but nothing has been proved against him. And in this case, I have to question the guy's credibility. There is no proof of what he says. We are speaking about a guy who has been condemned for doping before a court."

In the ESPN.com interview, Landis detailed extensive use of the blood-boosting drug EPO, testosterone, human growth hormone and blood transfusions, as well as female hormones and a one-time experiment with insulin. He said the doping occurred during the years he rode for the U.S. Postal Service and Swiss-based Phonak teams.

In one of the e-mails seen by the Wall Street Journal, dated April 30, Landis said he flew to Girona, Spain, in 2003 and had two half-liter units of blood extracted from his body in a three-week interval to be used later during the Tour de France.

According to the newspaper, Landis claimed the blood extractions took place in Armstrong's apartment. He said blood bags belonging to Armstrong and then-teammate George Hincapie were kept in a refrigerator in Armstrong's closet and Landis was asked to check the temperature of the blood daily.

When Armstrong left for a few weeks, he asked Landis to "make sure the electricity didn't go off and ruin the blood," according to the e-mail quoted by the Journal.