Back in the '90s, and even after he was caught in the fib, he led people to believe he'd served in the Gulf War 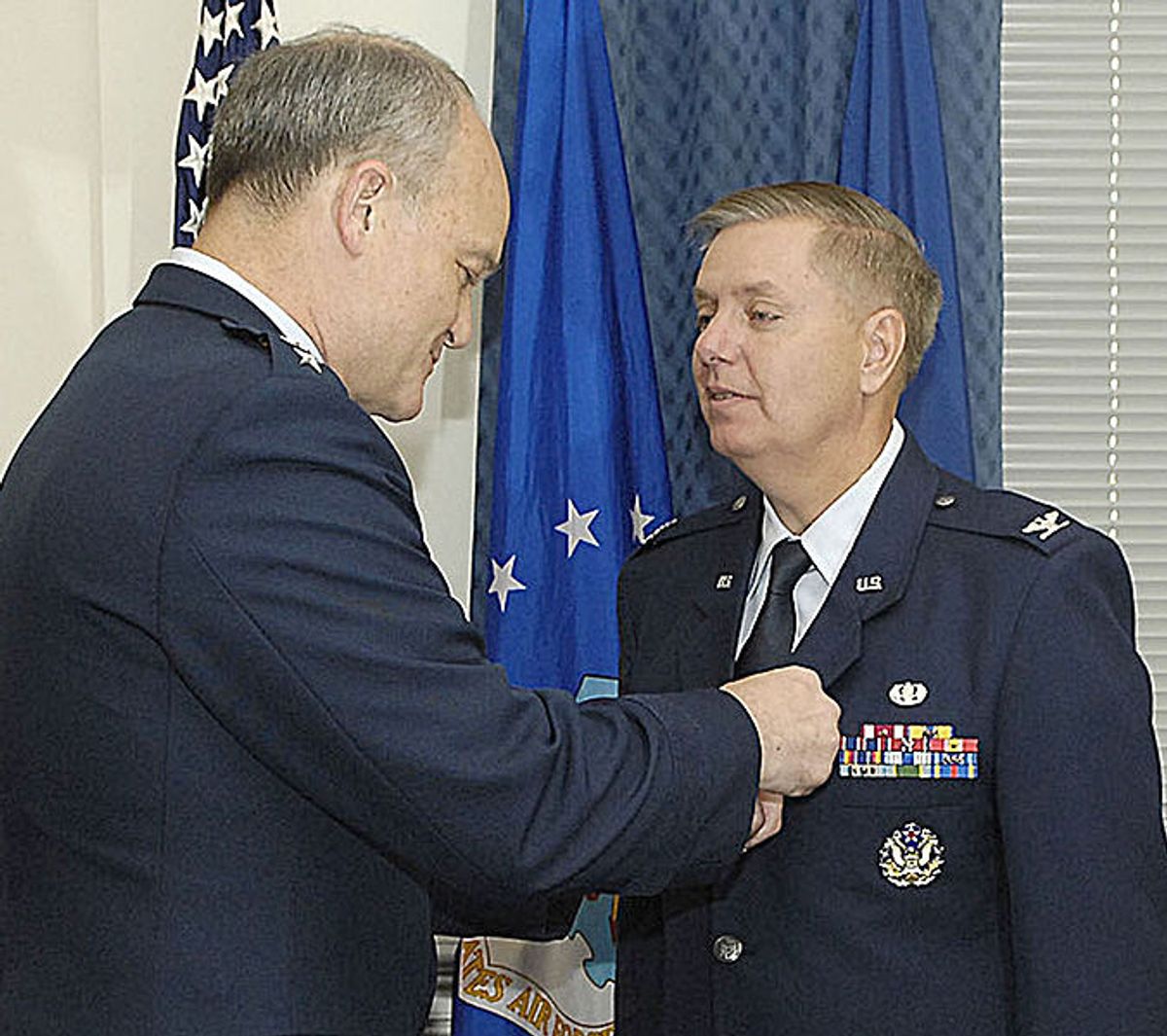 Long before he was the Senate's most powerful sometimes-moderate who won't support the climate bill he helped draft because of personal pique, Lindsey Graham was just another politician who repeatedly lied about fighting in a war overseas.

And so, naturally, for years afterward, Lindsey Graham referred to himself in his official biography and elsewhere as "an Operation Desert Shield and Desert Storm veteran."

The truth came out in 1998, while then-Rep. Graham was working hard to impeach Bill Clinton. The Hill newspaper broke the story that he was calling himself a vet despite not being one. Graham insisted he had never explicitly said he served overseas or saw combat, but any reading of his official bio made it obvious that he wanted to people to think he did. And it worked!

Yet almost all of the standard political biographies about Graham describe his military record inaccurately. "USAF, 1990, Pursian (sic) Gulf" is how Who's Who in America and affiliated biographical books list him. The Almanac of American Politics states that Graham "was called up to active duty and served in the Gulf War."

Although Graham said he is not responsible for the Who's Who entry and considers it inaccurate, he does acknowledge providing the information for his web site and other biographies that list him as a war veteran.

Bob Somerby notes that Lindsey Graham escaped from the incident relatively unscathed. In 2002, when Graham was running for his Senate seat, Joe Conason discovered that Graham's website still had the misleading biography. And it was still leading people to write stories claiming Graham served overseas. But Graham was elected anyway.

Since then, everyone seems to have completely forgotten that Lindsey Graham lied about being a war veteran. Richard Blumenthal, who seems to have been slightly more careful with his words than Graham was (and who never lied in his official bio!), may not be so lucky.