Our ancient Senate: Ben Nelson has never used an ATM

The wealthy, cloistered old people in charge of writing consumer regulations have no idea how cash machines work 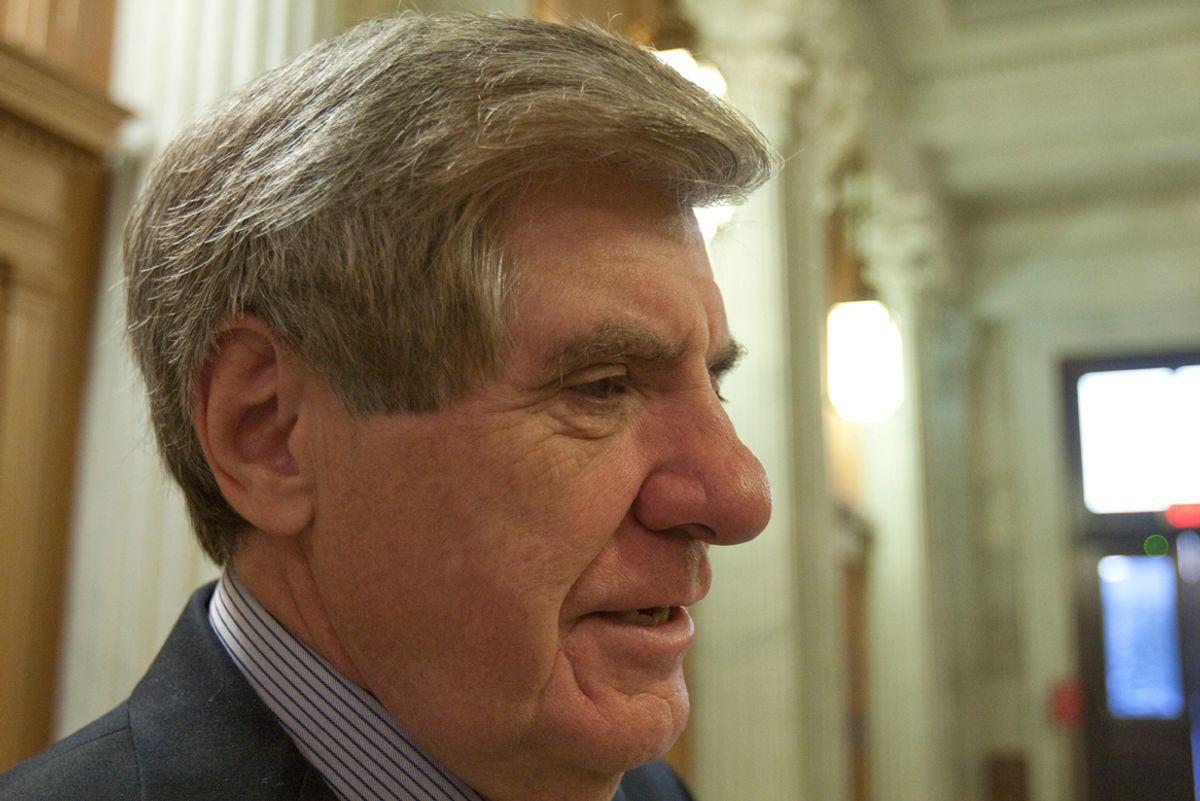 Sen. Tom Harkin introduced an amendment to the finance reform bill capping ATM fees at 50 cents. But Harry Reid apparently decided that it wasn't worth attempting to bring it to a vote.

This might help explain why the Senate's leadership doesn't consider it an issue worth addressing: None of these rich old people use ATMs. Sen. Ben Nelson, D-Neb, has never used one.

"I've never used an ATM, so I don't know what the fees are," Nelson said, adding that he gets his cash from bank tellers, just not automatic ones. "It's true, I don't know how to use one.

"But I could learn how to do it just like I've ... I swipe to get my own gas, buy groceries. I know about the holograms."

By "holograms," Nelson clarified that he meant the bar codes on products read by automatic scanners in the checkout lanes at stores such as Lowe's and Menard's.

"I go and get my own seating assignment on an airplane," Nelson said. "I mean, I'm not without some skills. I just haven't had the need to use an ATM."

That's Ben Nelson, U.S. senator and grown-up. He knows about the holograms.

Sen. Mike Johanns, R-Neb, has used ATMs "five times or fewer in his life." He is a member of the Senate Banking Committee!

And, asked if he ever used an ATM, crotchety old Chuck Grassley revealed that he doesn't even know the basic principle behind them: "I've got a credit card, but I don't use it for cash."

(Oddly, Sen. Al Franken, who wrote a pretty great satirical book about running for president solely on the issue of ATM fees, is not leading the charge on this one.)