The Tea Party favorite says he'd have marched with Martin Luther King Jr., but he opposes the law that forced businesses to serve him 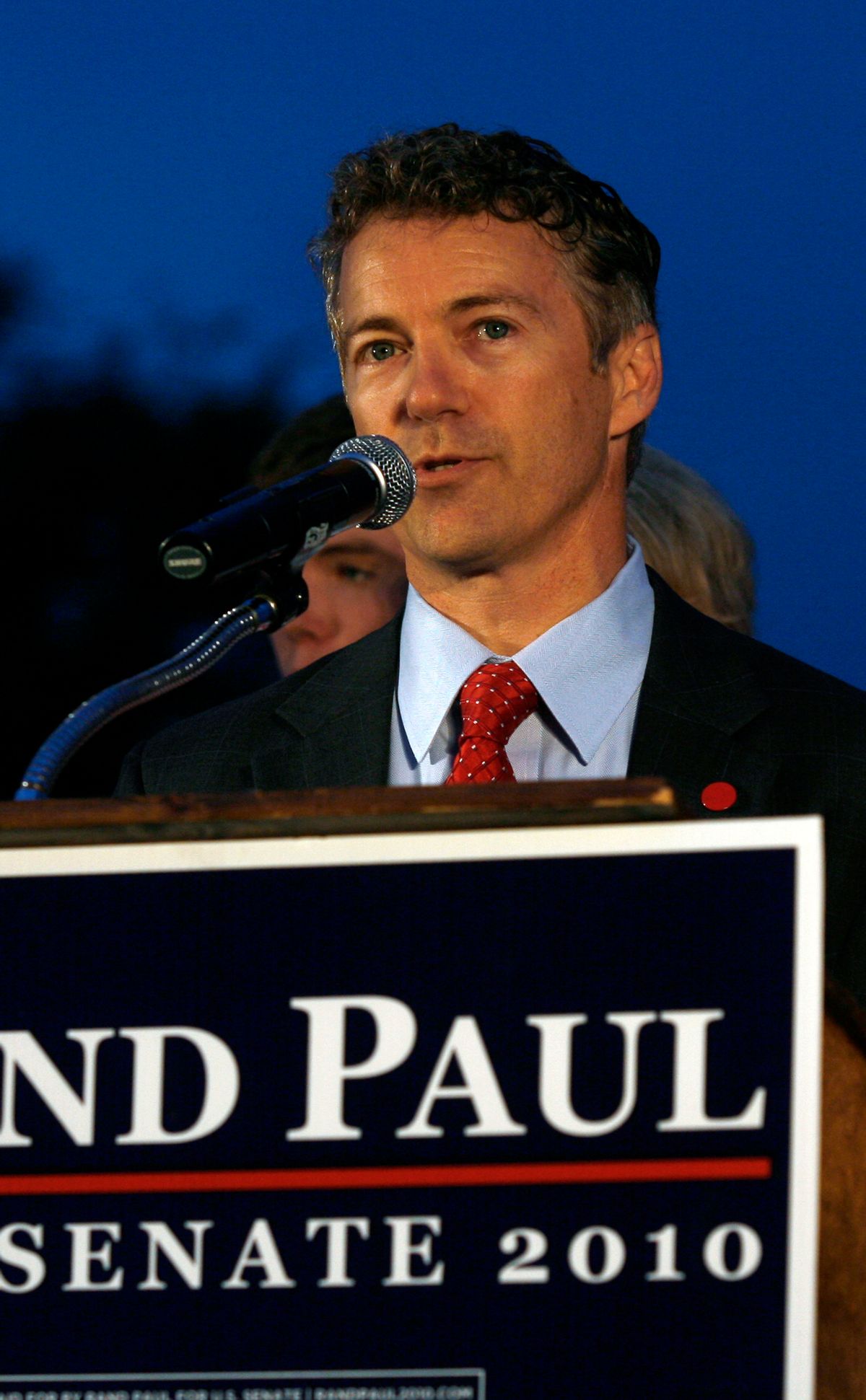 Rand Paul gives his victory speech after winning the Senate Republican primary election in Bowling Green, Kentucky, at Bowling Green Country Club May 18, 2010. Rand Paul, a doctor and son of libertarian Republican Representative Ron, beat Kentucky Secretary of State Trey Grayson for the Republican nomination for an open U.S. Senate seat in a race seen as an early test of the strength of the movement. REUTERS/Jake Stevens (UNITED STATES - Tags: POLITICS ELECTIONS) (Reuters)
--

Kentucky GOP Senate nominee Rand Paul is squirming under the bright lights of national media attention since he toppled Mitch McConnell's handpicked candidate Trey Grayson Tuesday night. On Wednesday, an interview he gave to the Louisville Courier-Journal, in which he seemed to say he would have opposed the Civil Rights Act of 1964, hit the Internet and cable television. Wednesday night MSNBC's Rachel Maddow interviewed him and tried to get him to clarify his remarks, and Paul tried to talk his way out of siding with the terrible folks who wouldn't let black students sit at those Southern lunch counters in 1960.

But Paul basically sided with the terrible folks. The Tea Party hero said he thought the Civil Rights Act was fine when it came to desegregating public institutions, but not private businesses. He called the issue of desegregating lunch counters "obscure," and implied the First Amendment gave business owners the right to be racist.

You've got to watch the whole interview. At the end, Paul seemed to understand that he's going to be explaining his benighted civil rights views for a long, long time – but he seemed to blame Maddow. "You bring up something that is really not an issue…a red herring, it's a political ploy…and that's the way it will be used," he complained at the end of the interview. Whether the Civil Rights Act should have applied to private businesses – "not really an issue," says Tea Party hero Rand Paul.

It's going to become increasingly clear that the Tea Party movement wants to revoke the Great Society, the New Deal and the laws that were the result of the civil rights movement. Paul may be right that his views are "not really an issue" with his Tea Party supporters, although I have to think some of them won't enjoy watching him look like a slippery politician as he fails, over and over, to answer Maddow's questions directly. It's a long way to November, but I'd be pretty happy to be Kentucky Democrat Jack Conway right about now.

Here's the interview. Don't watch if you can't stand to see a politician sweat.