Is there any law aimed at correcting systemic injustices that Rand Paul doesn't hate? 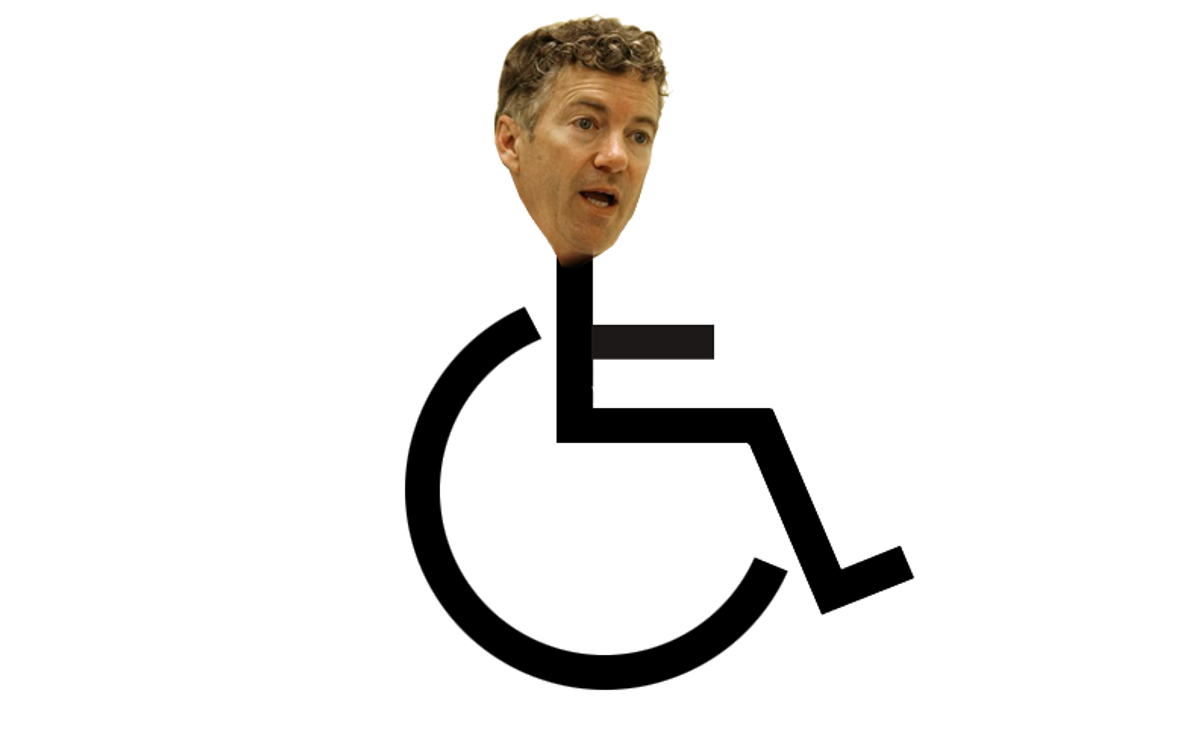 The liberal media continued its vicious assault on Rand Paul today by asking him simple questions about his political philosophy and "forcing" him to admit that his libertarianism would lead him to oppose popular and historic legislation.

When the ADA passed, in 1990, only six senators voted against it: Kit Bond, Jesse Helms, Jake Garn,  Gordon Humphrey, Steve Symms, and Malcolm Wallop. (Kit Bond is the only one of that group still actively ruining the nation in the Senate.)

As I said, it's not news that a libertarian wouldn't support the government forcing private business-owners to make their buildings accessible to people in wheelchairs or whatever other infringement on Liberty Rand is objecting to here. But Paul doesn't seem entirely comfortable explaining his philosophy to non-friendly media people! Why can't the gotcha journalists just leave Rand Paul alone and allow Kentucky to vote for him without understanding the implications of sending him to the Senate?