Rand Paul: No more "Rachel Maddow Show" for me! 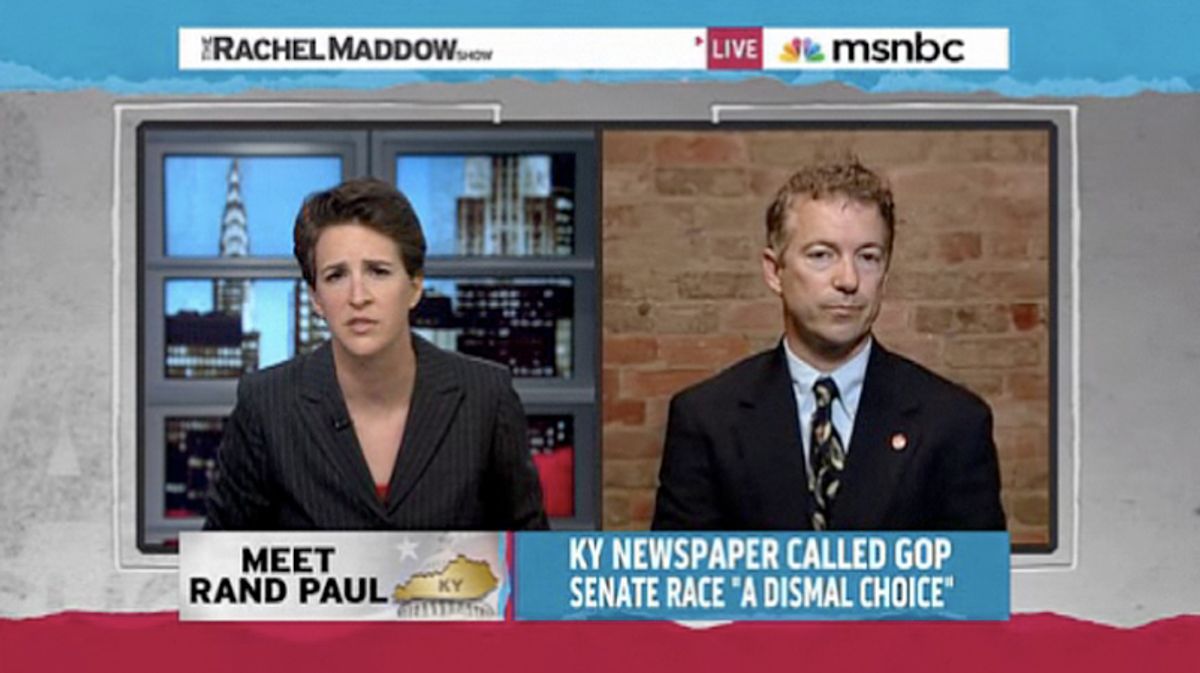 On her radio show this morning, Laura Ingraham had the following exchange with Rand Paul about his decision to appear on "The Rachel Maddow Show" last night -- an interview that has caused the GOP Senate candidate no shortage of grief:

Ingraham: Why would you go on Rachel Maddow's show and think…I said this: 'Who the heck's advising Dr. Paul? I've got to call him up and tell him the shows to go on.' I think Rachel Maddow -- she represents her view, and I guess she represents it, I guess she tries to be fair, I guess, to the extent that she's a liberal. But what do you think you're going to get when you go on RM's show? That's the kind of question you're going to get.

Rand Paul: You're right. And it was a poor political decision. Probably won't be happening any time in the near future. Yeah, because they conflate things and want to say, 'Oh, you believe in beating up people that were trying to sit-in in restaurants in the 1960s,' and that's such a ridiculous notion and something that no rational person is in favor of. And she went on and on about that."