Panic in the stock market, again?!

Explanations for a new outburst of economic gloom are easy to find, but solutions are in short supply 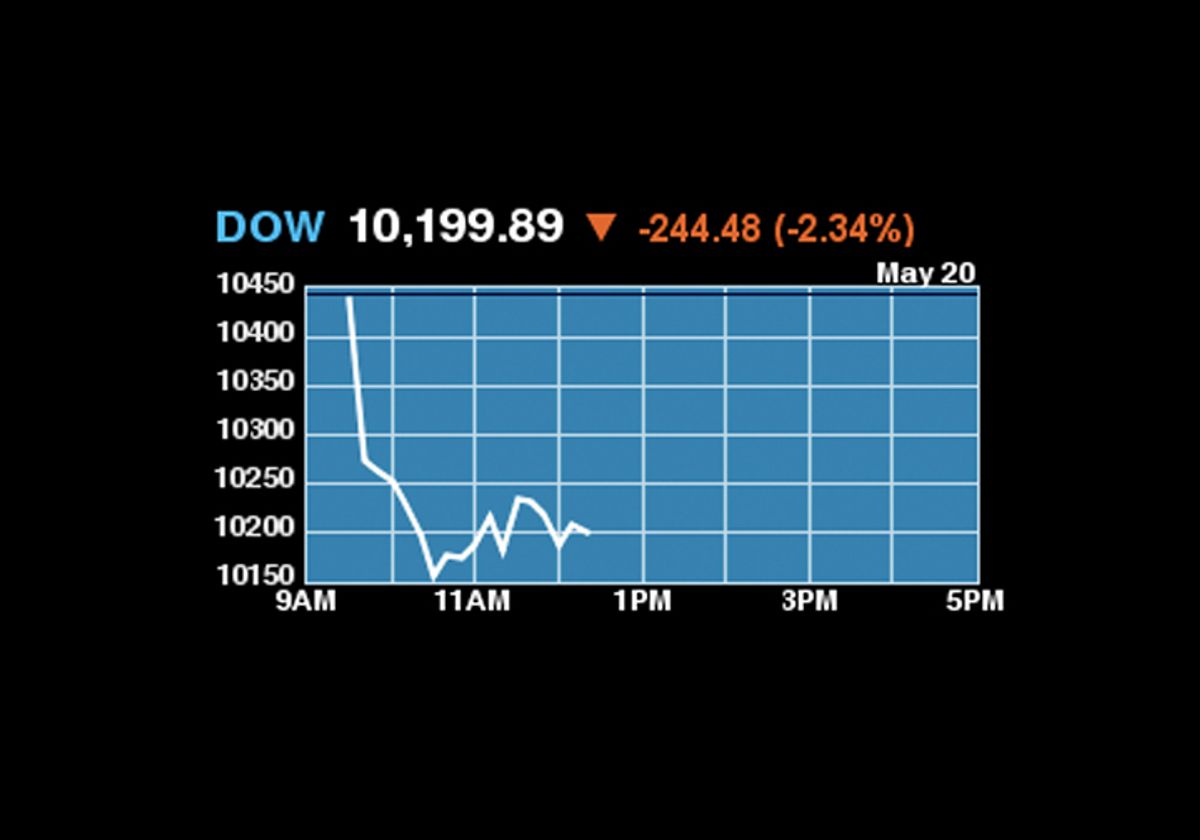 Pick your poison: An unexpectedly large jump in jobless claims, a decline in the Conference Board's Leading Economic Indicator index for the first time in a year, stock markets crashing all over Europe, Germany's market-destabilizing attempt to squash market "speculation," or a startlingly realistic-sounding fantasy of how the European Union could crumble. Wherever you look, there is an ample supply of explanations for why U.S. stocks dropped like a rock at the opening bell Thursday morning, and appear to be headed for their seventh straight day of losses. (The Dow Jones Industrial Average was down 250 points at 12:15 EDT.)

Against the backdrop of a steady stream of bad news from Europe, the U.S. economy's dutiful climb back to health was one of the few bright spots in the global economic picture. But  new signs of weakness in the U.S. labor market are the last thing anyone wanted to see. The jobless claims number -- a 25,000 jump after weeks of modest declines -- is clearly catalyzing another round of bearish sentiment.

The most drastic negative scenario interprets current events in Europe as a fundamental crisis of faith among the "end investors who are expected to finance deficits with their central bank/insurance/pension/retail investor capital."

The implication being, if no one is willing to buy the bonds that pay for deficit-funded government budgets around the world, then a vast cycle of retrenchment, austerity, budget-cutting, and deflation are in store. In other words, Great Depression II.

So far, the bond vigilantes are nowhere to be seen in the U.S. In fact, U.S. Treasuries are in high demand, as global capital seeks the safest haven possible. If Obama wanted to, he has the fiscal room, at the moment, to borrow even more money for a second round of stimulus. But given the political realities, and the dismaying example provided in southern Europe, where the vigilantes are on the warpath, it's difficult to see policymakers doubling down on the Keynesian bet. Which means the most likely scenario is that we're just going to try to ride things out, and hope for the best.

No wonder investors are panicking.